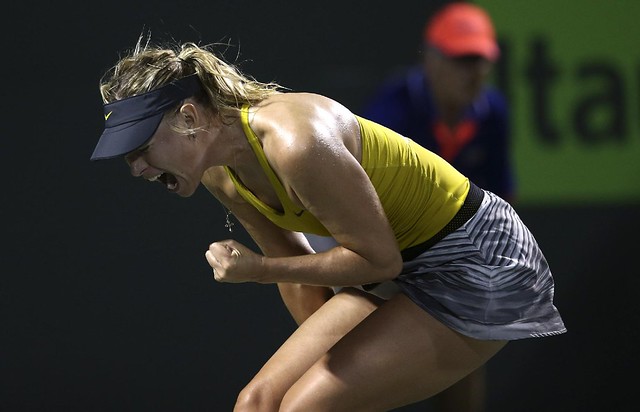 To punctuate a huge ace to close out her service game at 3-1 in the 3rd set of her match against Lucie Safarova on Day 6 of the 2014 Sony Open, 4th seed Maria Sharapova bent over, clench her fist and let out the longest scream I’ve ever heard from her. That’s saying a lot, considering her reputation for vocalizing on court. Maybe it was playing under the lights or the tightness of the match or just that she refused to get bounced out of another tournament by a player ranked far below her, but the drama and emotion of Masha’s 6-4 6-7 (7) 6-2 gave the contest the feel of a late night match at the US Open. Don’t let that 6-2 final set score deceive you. Yes, Sharapova finally found some separation from Safarova, but Lucie kept fighting off match point after match point in the final game. It was clutch tennis at its finest. After blowing 2 match points in the 2nd set, Masha needed 7 more in the final game of the match to finally eliminate Lucie on match point #9. Sharapova will need to clean up her unforced errors moving forward (she had 54 in this match), but on this night the winners she and Lucie hit combined with the atmosphere and ambiance of the match gave the tennis fans watching a tremendous show.

Speaking of high drama and unforced errors, Serena Williams found herself in a much tougher than expected 3rd round match with 20-year old Frenchwoman, Caroline Garcia. The underdog went into the match with the approach of forgetting who she was playing and just perform without intimidation. Everybody says that. Few actually pull it off. While Garcia didn’t win, she clearly played with the belief she could. In the end, Serena used a break at the beginning of the 3rd set to give herself enough of a lead to close out Caroline, 6-4 4-6 6-4. It was a fine effort by Garcia to be sure, but Serena didn’t help herself with 47 unforced errors. This might be an interesting litmus test for Williams this week. She won her first event of the year in Brisbane but since has not been the dominant force some expected her to be. She’s a 6-time champion in Miami. If she doesn’t at least reach the final, there might be a reason to take a closer look at her game. 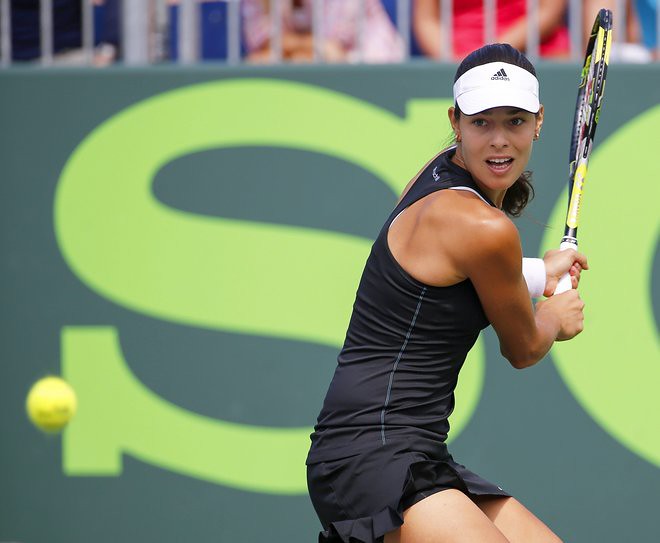 When Ana Ivanovic is on her game, she’s a beauty to watch. Early on, she looked to be in trouble against Flavia Pennetta in their 3rd round battle. Flavia is fresh off the biggest title of her career last week at the BNP Paribas Open at Indian Wells. She has been playing brilliant tennis the past 8 months. Although she is seeded lower than Ana at the Sony Open (20th to Ana’s 12th), that is because the seedings were established before the new rankings came out where Flavia rose to #12, one spot ahead of Ana at #13. But for all of her recent great play, Ana has an extra level she can go to in her game where few others can follow. These days we rarely see it like we did when she was world #1, but those times that she has it working…look out! She fell behind 1-3 quickly to Pennetta. But then Ivanovic found her game, winning 11 of the next 15 games to oust Flavia, 6-4 6-3. When she plays like this, she can beat anybody, as she showed earlier this year when she upset Serena at the Australian Open. However, she could come out in the 4th round here and get knocked out of the tournament. Not to sound like Forrest Gump or his mother, Ana is like a box of chocolates. You never know what you’re gonna get. 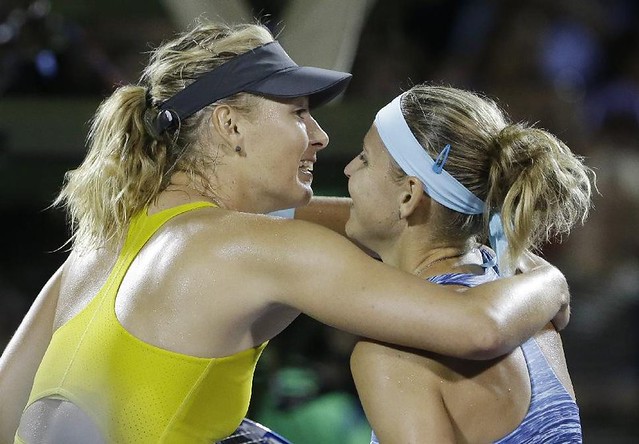 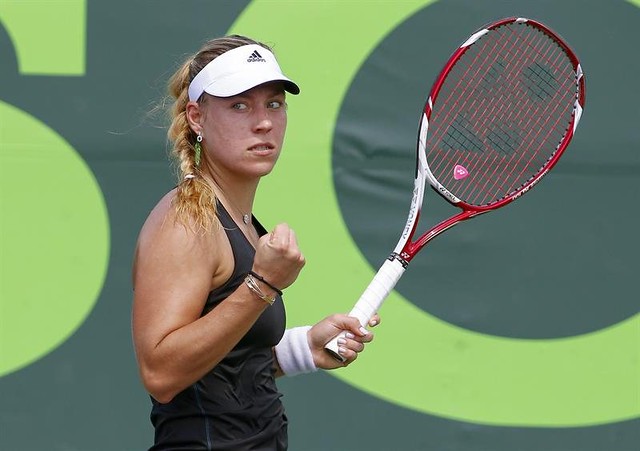 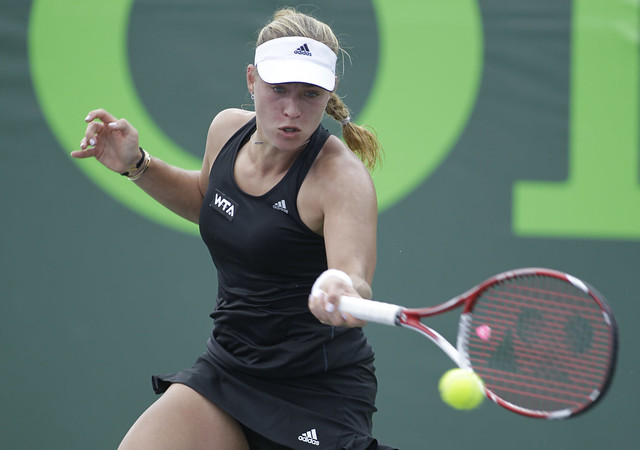 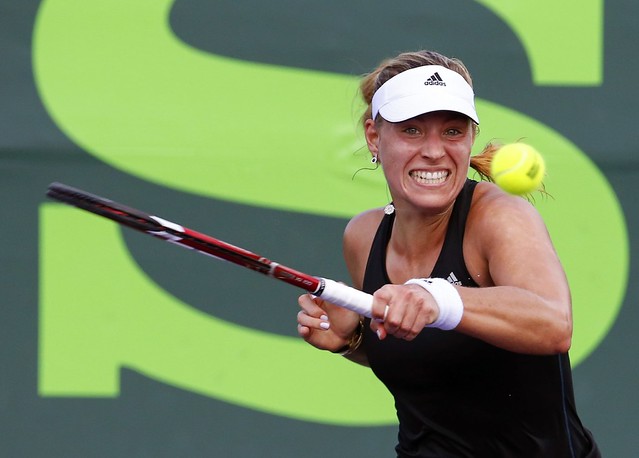 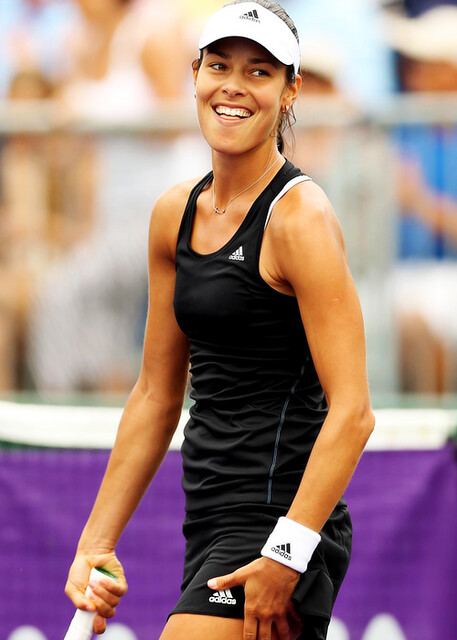 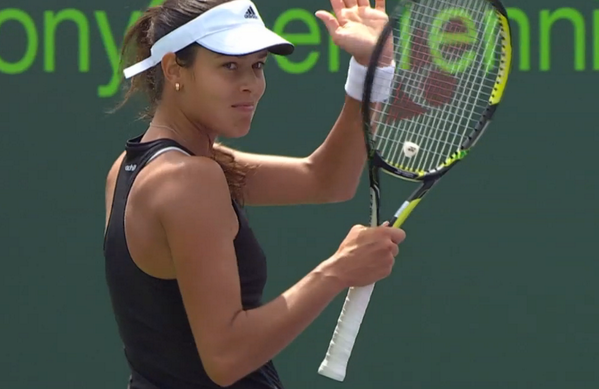 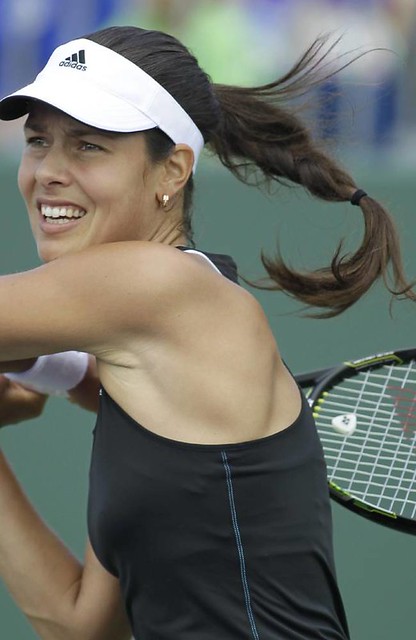