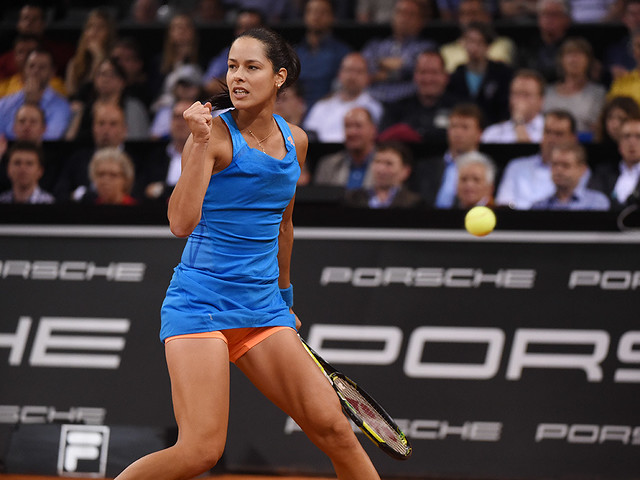 Two ladies came into the 2014 Porsche Tennis Grand Prix (Stuttgart) off of tournament victories. Andrea Petkovic won in Charleston while Ana Ivanovic took the title in Monterrey. Only Ana would make it through the first round in Stuttgart. Ivanovic was impressive in taking out the dangerous Sabine Lisicki in front of her home country crowd, 1 and 3. Fellow German Andrea Petkovic joined countrywoman Lisicki in defeat, falling to Flavia Pennetta, 7-5 3-6 6-1. It was a tough first round match-up for Petkovic in drawing this year’s surprise Indian Wells champion Pennetta. But just as Ana had to deal with a difficult opponent right out of the gate, so it falls upon Andrea to just handle the luck of the draw. 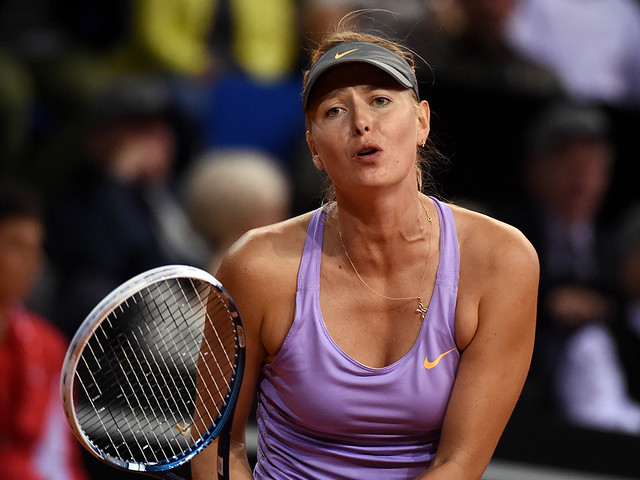 How one judges Maria Sharapova’s first round performance in Stuttgart might depend on whether one is a glass half-full or half-empty person. Generally, I try to be a glass half-full type of guy on my blog. I might critique what a player failed to accomplish, but I try to stay relatively positive and upbeat. However, I’m starting to worry about Masha’s game right now, even given missing the last part of 2013 with an injury. Yes, she fought valiantly to finally overcome Lucie Safarova, 7-6 (5) 6-7 (5) 7-6 (2). But Sharapova has not been on her A game for some time now. To show how far she’s fallen, she started this season ranked #2. It’s only April, but if Masha doesn’t reach at least the semifinals in Stuttgart, she will fall out of the top 10. She’s the two-time defending champion at this tournament, but wasn’t even seeded in the top 4 so that she could have enjoyed a first round bye. Unless she’s playing Li Na, I always root for Masha these days. Li Na isn’t in this event so I hope Sharapova wins it for the third straight year. However, I’m not yet confident in that being a real likelihood. 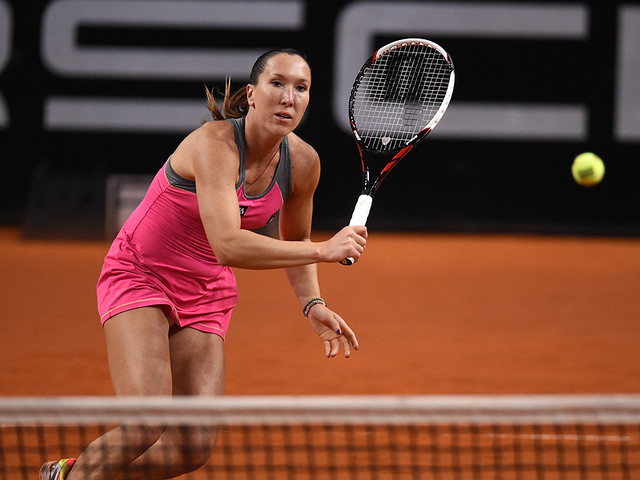 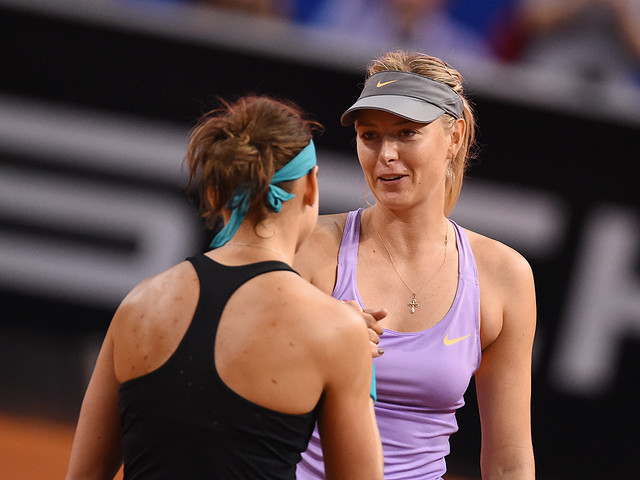 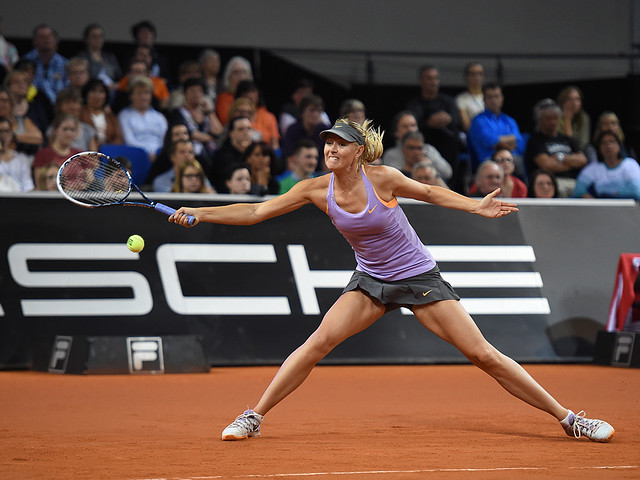 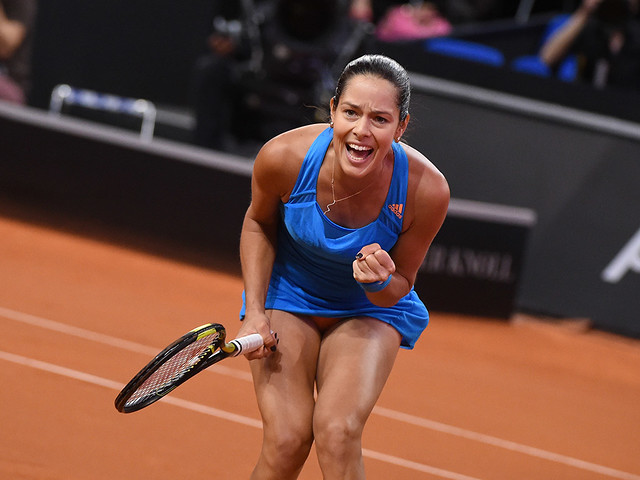 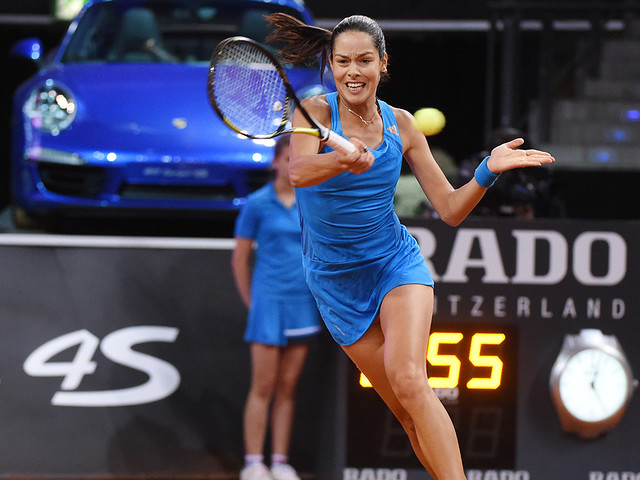 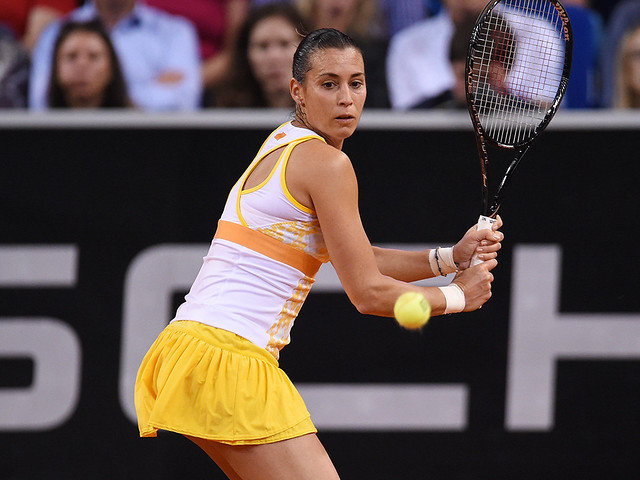 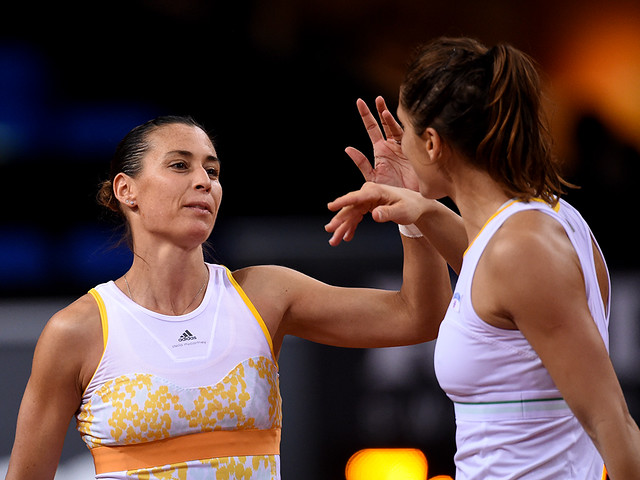 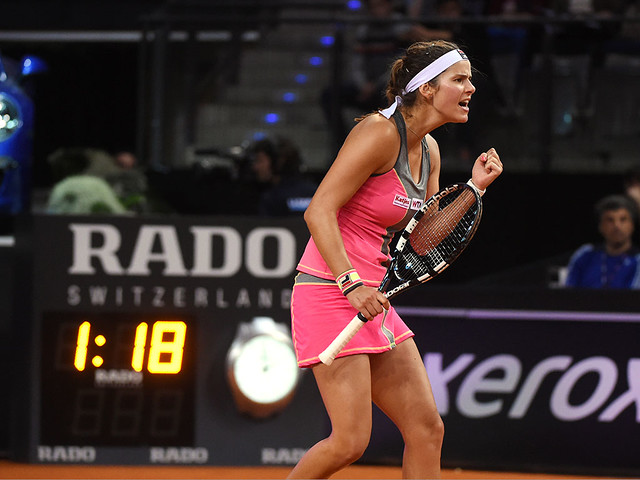