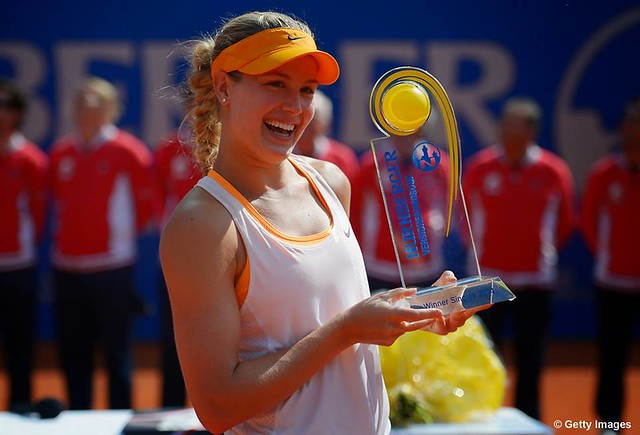 I generally don’t think players with the ability to go deep in a Major should play too much in the weeks leading into the fortnight. With Roland Garros finally here, most top 20 players take the week before as a chance to acclimate to Paris and get in any last preparations. However, for Eugenie Bouchard, playing the 2014 Nurnberger Versicherungscup was just what she needed. After an early season splash that saw her reach the semifinals of the year’s first Major, the Australian Open, Genie has had a few early tournament exits recently. By defeating Karolina Pliskova 6-2 4-6 6-3 not only does Bouchard get a huge confidence boost, but also wins her first WTA title. She becomes the first Canadian to win a singles championship since Alexandra Wozniack in 1988 at Stanford. Before that, there hadn’t been a Canadian singles titlest on the WTA tour since 1988. Genie has been spoken of as one of the future faces of women’s tennis, but winning matters. She’s not just style. She has substance. I don’t know how she will do at Roland Garros, but even an early exit isn’t the end of the world. She’s young. Everything doesn’t have to happen for her this year. But becoming a champion is the first step to what could be a long an highly successful career. 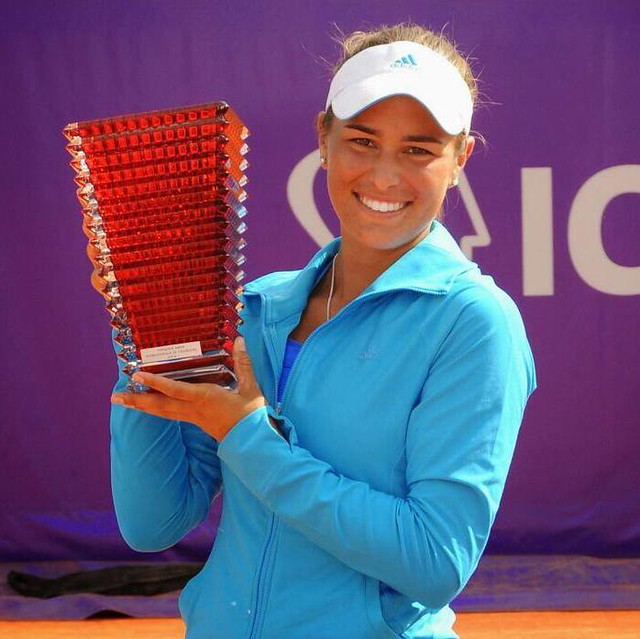 While there are only a handful of Canadian winners in WTA history (Eugenie Bouchard, Aleksandra Wozniack, Jill Hetherington, Helen Kelesi, Carling Bassett-Seguso and Patricia Hy-Boulais), there had been no Puerto Rican titleists. Until now. Monica “Pica Power” Puig took out Silvia Soler-Espinosa 6-4 6-3 to win the Internationaux de Strasbourg. Both Monica and Eugenie at 20 years old each represent a bright future for the sport. They are joined by Madison Keys and Christina McHale who both reached the semis this week. If Sloane Stephens can get back on track, I really like the direction the tour is headed.

“It’s amazing to do this coming from such a small island, where tennis isn’t necessarily recognized as one of the main sports. But all of the athletes there always represent their country as best they can, and I’m just happy I’m able to be here playing tennis not only for myself, but for my country too.” – Monica Puig 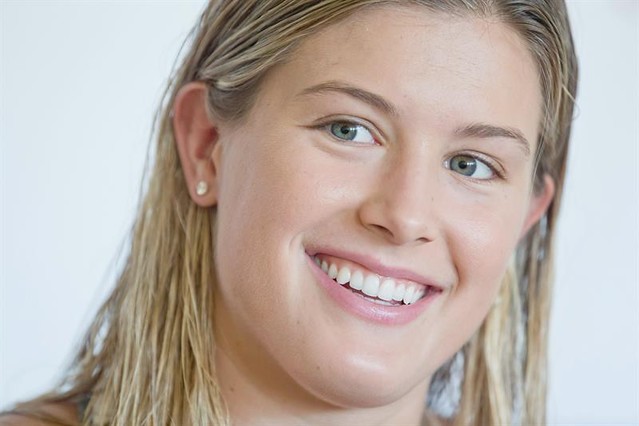 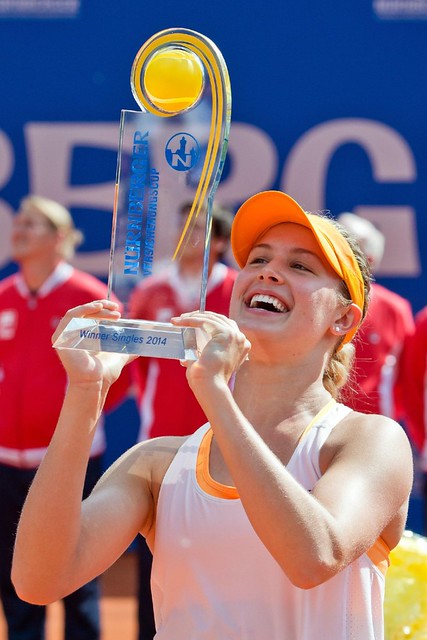 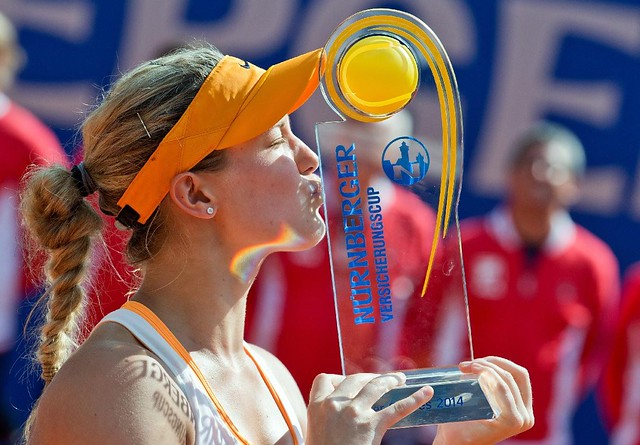 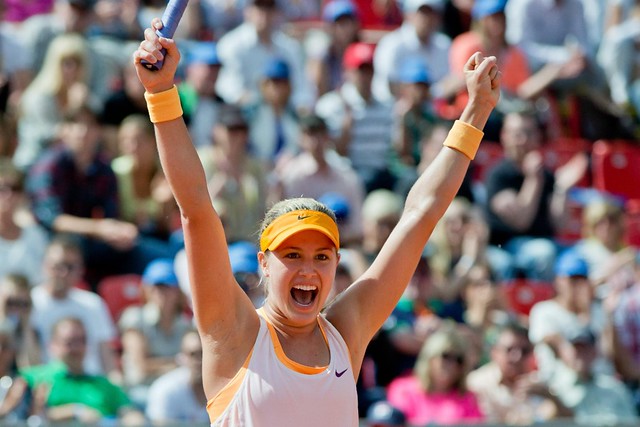 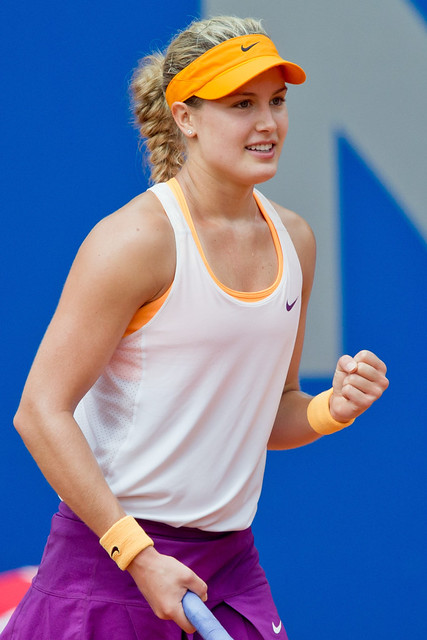 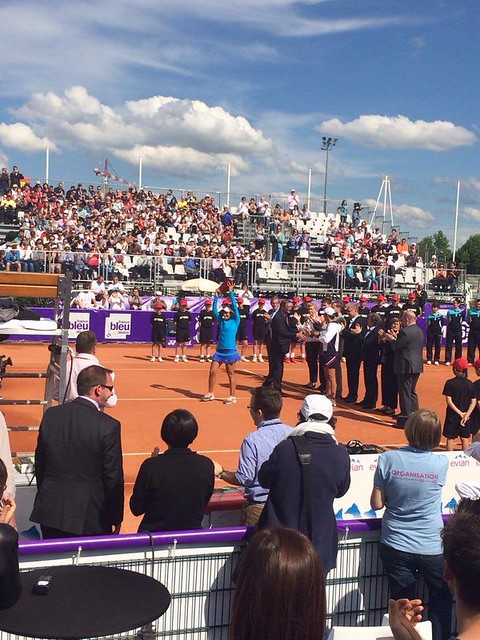 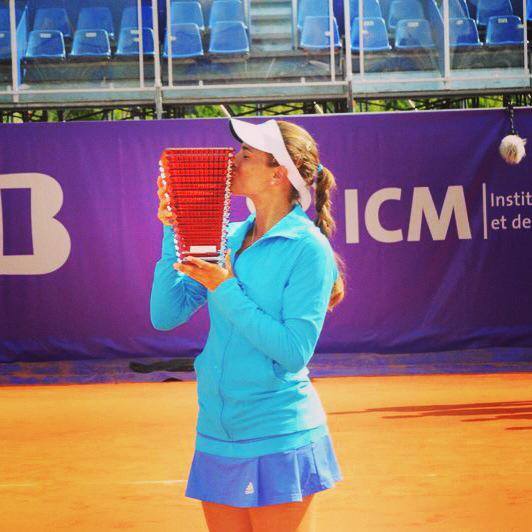 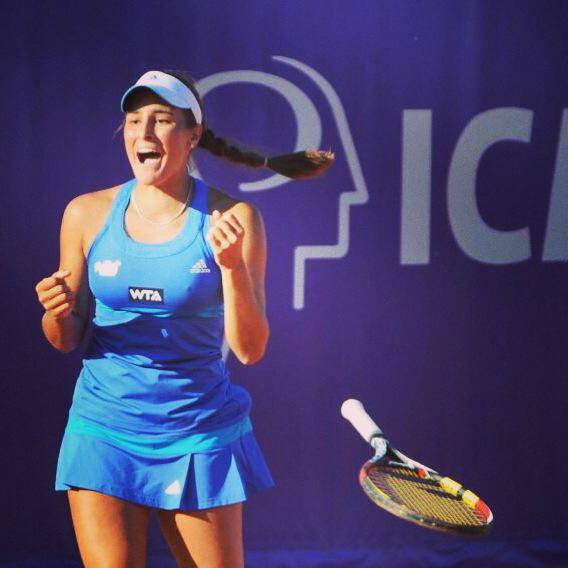