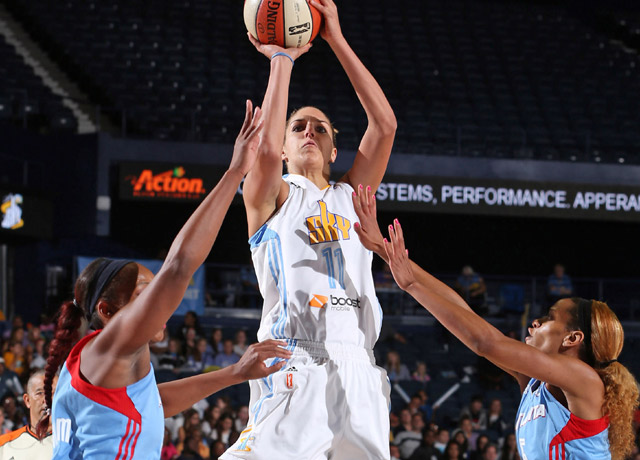 Elena Delle Donne was awarded WNBA Eastern Conference Player of the Week. This is her 5th POTW award. She has led the Chicago Sky to a 4-1 record, including opening 4-0 for the first time in team history. As of 5.28.2014, she is 3rd in the WNBA in scoring average at 22.0 points per game. She’s tied for 2nd in the WNBA in blocked shots and is shooting 93.8% from the free throw line. I am going to start posting more about Elena and Candace Parker once Roland Garros is over. I’m a bit busy with tennis right now. But I thought I’d like to share the ESPN profile that first brought Elena to my attention. It’s a great example of the special bond between Elena and her sister, Lizzie, who was born blind, deaf and with cerebral palsy.