Will established veterans triumph in the top half of the women’s singles draw at Roland Garros 2014 or will youth trump experience? Fourth round wins have set up half of the quarterfinal matches. 31-time WTA singles titleist Maria Sharapova came back from 3-6 3-4 down to win the last 9 games against Samantha Stosur, prevailing 3-6 6-4 6-0.  She will face 20-year old Garbine Muguruza, who won her lone singles title earlier this year in Hobart. Muguruza defeated Pauline Parmentier 6-4 6-0 in the fourth round. Muguruza is also the player who upset Serena Williams in the second round, 6-2 6-2. Garbine hits a ton. There were shots that had Pauline hitting off her back foot, almost toppling over. But if there’s anybody that hits just as hard, or harder, than Garbine it’s Masha. I’m a big fan of Sharapova, but part of me would like to see Garbine pull the upset. I’d say I’m leaning 60% Masha, 40% Garbine. Television-wise, in the United States anyway, it’s better for Sharapova, the known quantity and marketing darling, to win. But in a few years, if Garbine wins multiple titles and/or a Major, maybe she will be a star of the sport as well. Why not start that rise now?

Eugenie Bouchard, who grew up idolizing Maria Sharapova, punched her ticket to the quarterfinals with an extremely impressive victory over #8 Angelique Kerber, 6-1 6-2. Genie had 31 winners to only 10 unforced errors. That’s incredible considering that this looked to be the biggest test for her so far this tournament. She aced the test, clearly. Perhaps her Waterloo might come in her next match against veteran Carla Suarez Navarro, who bested Ajla Tomljanovic, 6-3 6-3. Ajla had upset #3 Agnieszka Radwanska but couldn’t find the answer for Carla’s clay court skills. It’ll be an interesting quarters match-up. In terms of firepower, the edge goes to Genie. In terms of clay court experience, the edge goes to Carla. Who will play to their strength more, the veteran or the upstart? 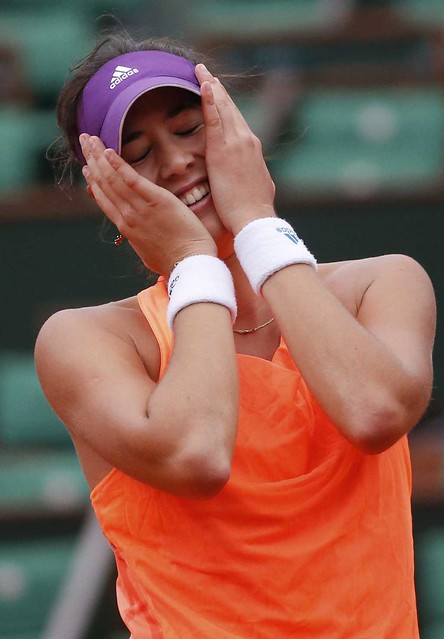 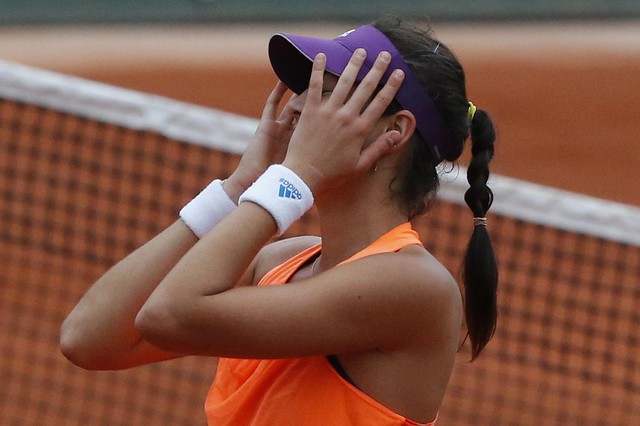 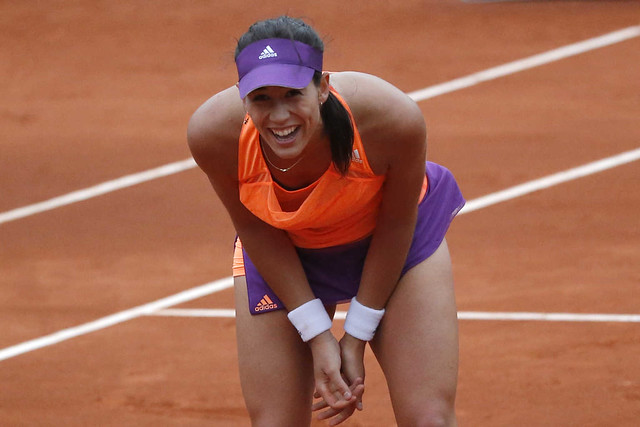 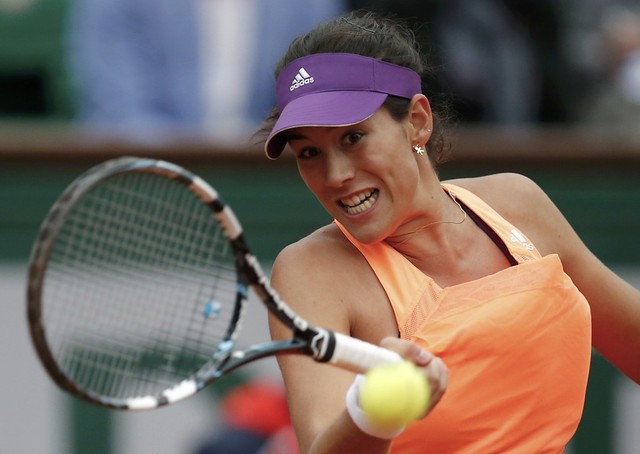 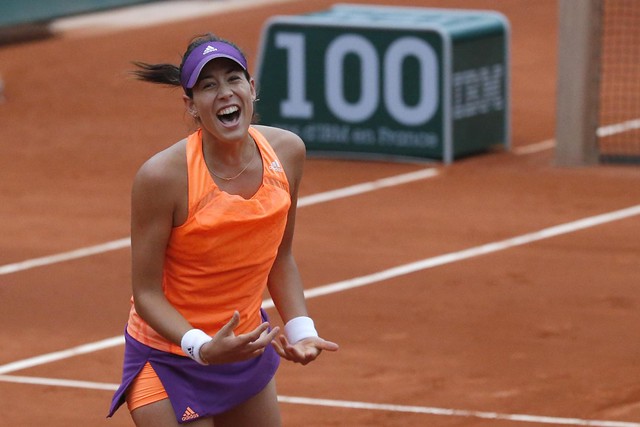 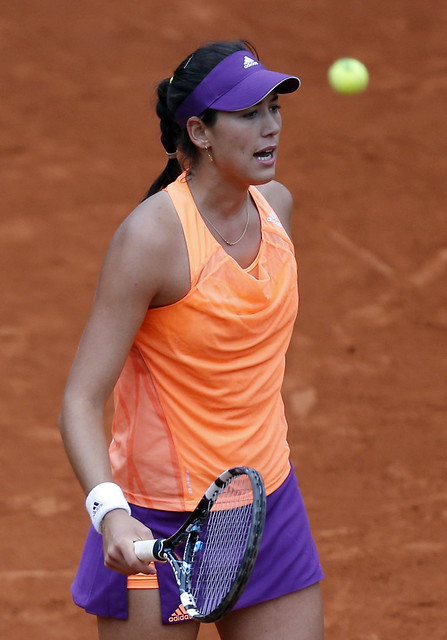 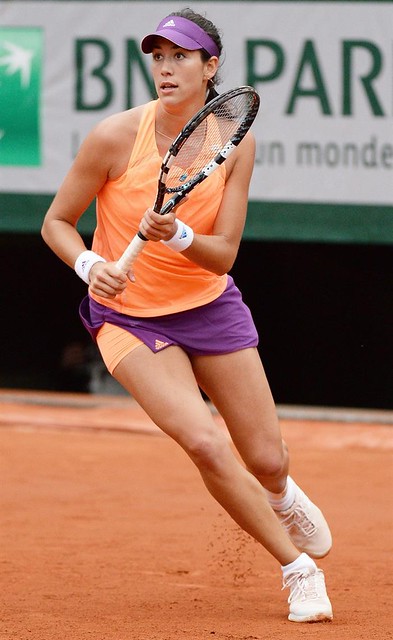