Prospects for the next generation of American women tennis champions received a huge shot in the arm on Saturday. With Wimbledon 2014 nearly upon us, 19-year old Madison Keys showed why she might one day lift the Venus Rosewater Dish at the All-England Club. She has real weapons. At the top of the game, it’s not enough to be a grinder, if you want to win Majors. You need a way to win free or easy points. Otherwise, you have to be perfect for seven straight matches or hope your opponent falls apart. That’s too much to ask at the highest level. Keys has one of the biggest serve + forehand combinations in the game, ranking right up there with Ana Ivanovic. She also has an aggressive approach anchored by a cool demeanor. Oh, there’s one other thing she has now…a WTA singles title, the 2014 Aegon International (Eastbourne).

In a highly entertaining match filled with quality play from both combatants, Madison edged 5th seed and 9th ranked Angelique Kerber, 6-3 3-6 7-5. Angelique employed a windshield wiper strategy, guiding the ball from corner to corner to try to prevent Keys from being able to set and tee off on shots. Madison countered by using her power shots to push Angelique back and paint lines. How close was it? In the end Madison won 105 total points to 103 for Kerber. There were only 3 breaks in serve over 30 games, rare for a women’s match. But 17 aces helped Madison hold 14 out of 15 games. Angelique didn’t hit any aces but that’s not her style anyway. Her serve was broken only twice, but it was the second one that told the story of the match as Keys broke Kerber in the final game of the match for her first WTA title. Along the way to the title, Madison also defeated #3 seed and 7th ranked Jelena Jankovic. This was no fluke victory. This was a look into the future. 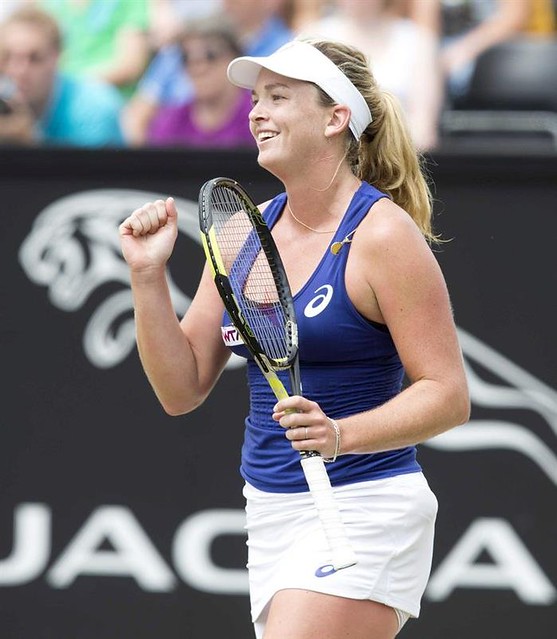 It was a double dip for young American winners as 22-year old Coco Vandeweghe beat Zheng Jie in straight sets, 6-2 6-4, for her first WTA singles title at the 2014 Topshelf Open. Like Madison, Coco is a big, strong player. That strength was on display to the tune of 8 aces and no service breaks. Coco didn’t even face a break point the entire match. The 6’1″ American had to play in the qualifying rounds just to get into the tournament. She made the most of her opportunity. Coco made the Stanford 2012 final but fell to Serena Williams. This time, it was Vandeweghe’s turn to lift the trophy. And by doing so, it marks the first time since 2002 that two American women have won tournaments in the same week. Madison will enter the top 30 after her win, the youngest player in the top 30 and the 2nd youngest winner of the 2014 season (behind Donna Vekic). I’m not concerned about Keys. I fully expect her to keep rising up the ranks. For Coco, she has the game, but needs to show more consistency as well as improve her movement. She has the tools to be a Lindsey Davenport-type player. However, will she show the consistency and commitment to training she will need to reach that level? If she does, it could a nice upcoming 5 to 8 years of American women’s tennis with Madison, Coco and Sloane Stephens taking the torch from Serena. By the way, as an added bonus, Madison and Coco received their trophies from two tennis superstars of former years, Martina Navratilova and Kim Clijsters. 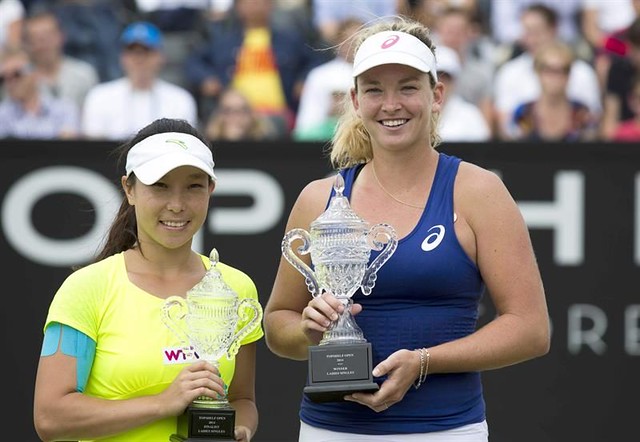 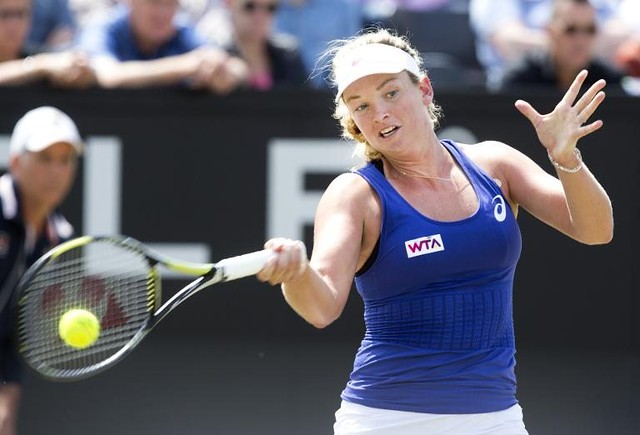 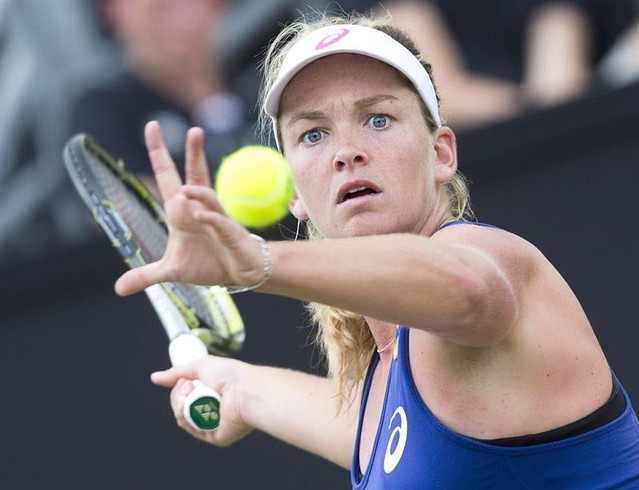 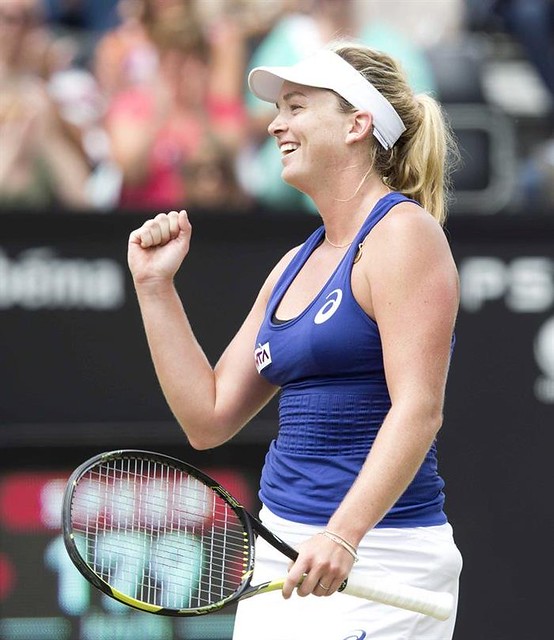