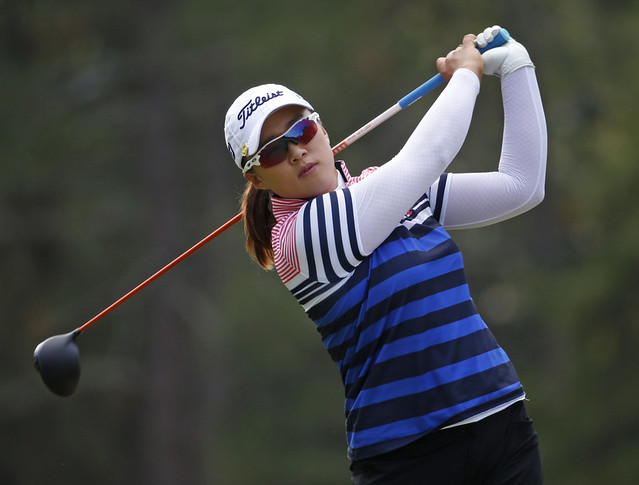 Michelle Wie and Amy Yang both stand 18 challenging holes away from a career defining victory. Amy has been a runner-up before at the US Women’s Open. A player that reminds many of South Korean pioneer Se Ri Pak, Yang might duplicate one of her idol’s accomplishments. It was Se Ri’s 1998 US Women’s Open win that inspired a nation. Amy would surely love to become the 4th straight South Korean to capture the trophy at the toughest test in women’s golf. Yang was on a roller coaster through her first 7 holes with 4 birdies and 3 bogeys. She setteled down from 8 to 17, dropping in 2 birdies. She would have held the overnight lead were it not for a missed par putt on 18 that dropped her back to 2-under both for her round and overall through 3 rounds. 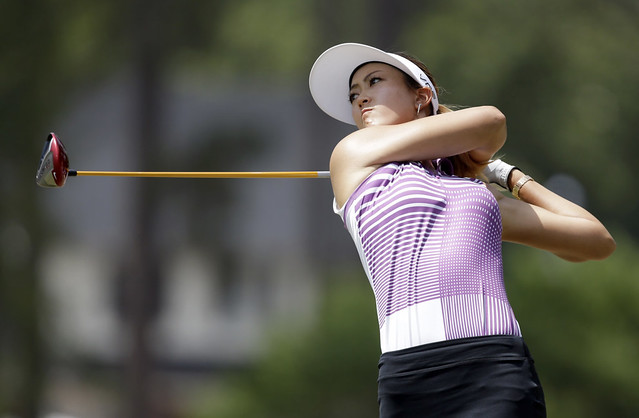 Michelle took a different route to 2-under. Starting her day at 4-under, Wie bogeyed her first hole. She bounced back strongly on 3, 9 and 10 with birdies before things went a bit sideways. And by sideways, I mean that both figuratively and literally. She missed way left off the tee on 11 into the trees. She ended up leaving the 11th green with a double bogey. Perhaps she had the pull left from 11 on her mind when she pushed her tee shot on 12 way right. She left the 12th green with a bogey. Her putting, solid for the first 2 1/2 rounds was starting to let her down as well. After another bogey on 14, Michelle went from a commanding 6-under on the 11th tee to 2-under on the 15th tee. To her credit, she never appeared shaken or agitated when things were not going her way. She kept a great demeanor and stopped the bleeding by parring the final 4 holes. The bottom line is she’s still tied for the lead. Nobody was expected to shoot in the 60s all 4 rounds of a US Women’s Open and nobody will. All that matters is who holds the trophy at the end. It certainly could be Michelle. 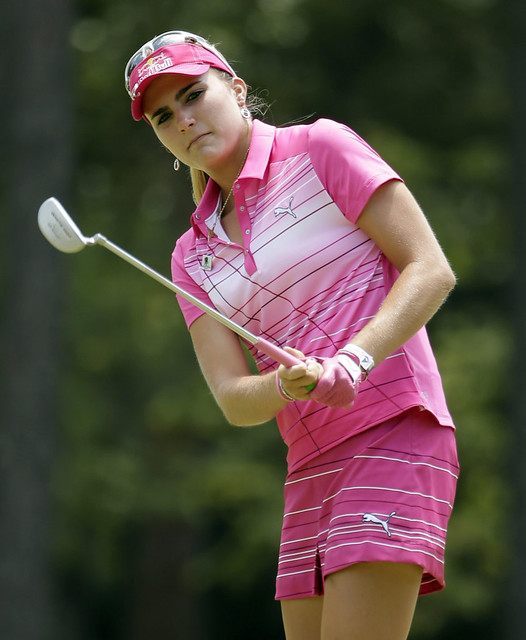 While Michelle was able to put the brakes on when things started to look out of control, two other American contenders might have skidded out of contention. Starting at 1-under, Lexi Thompson birdied 2 of her first 5 holes to reach 3-under and trail Wie by a mere 1 shot. Then the 8th hole happened. Thompson missed her approach on the par 4 8th in the worst place possible, far left off the green in a spot 7 feet below the hole. She tried to chip and run up the hill to the green but didn’t get it to the top. The ball rolled back down the hill. It was the start of the end. She would go on to double bogey the hole. She couldn’t hold the green on 9 with the ball resting off a tv tower marking line. Honestly, she really didn’t need to take relief but she chose to do so in a drop zone. The problem was her drop landed in a divot which caused her shot to jump in the air directly off contact when she was trying to putt it up a hill. Yet another double bogey. She was able to get 1 shot back with a birdie on 10, but then had 4 bogeys in 6 holes from 11 through 16. She ended her day with a 4-over 74 (par is 70 here) and 3-over for the tournament. Also shooting 4-over 74 was Stacy Lewis. Stacy just couldn’t buy a putt today. Good putts lipped out. Bad putts…well, bad putts are just bad putts. Anything is possible in golf, but at 4-over, 6 shots in back of Wie and Yang with a lot of golfers in-between…it’s tough to see Stacy pulling this one out. Ditto for Lexi at 3-over. 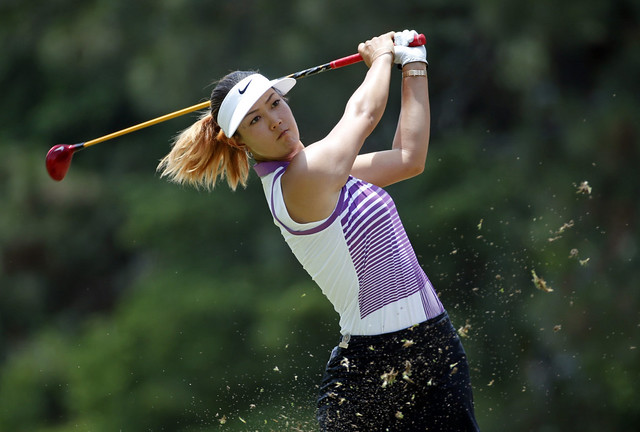 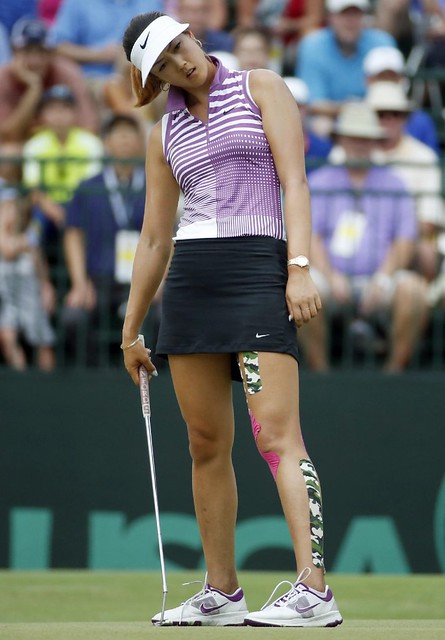 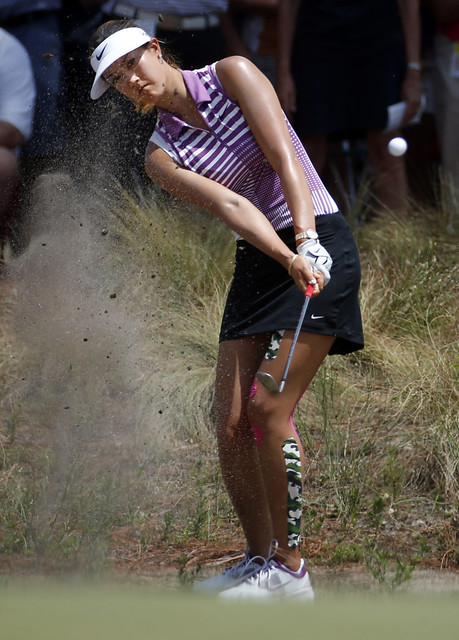 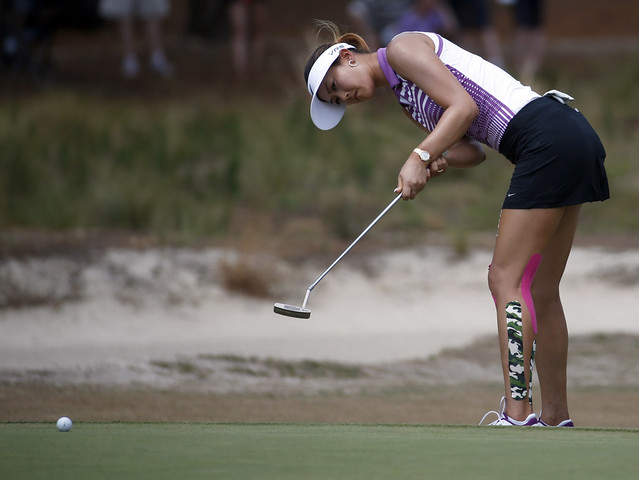 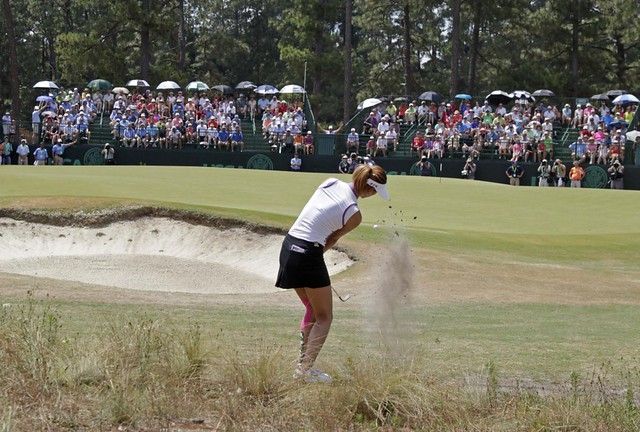 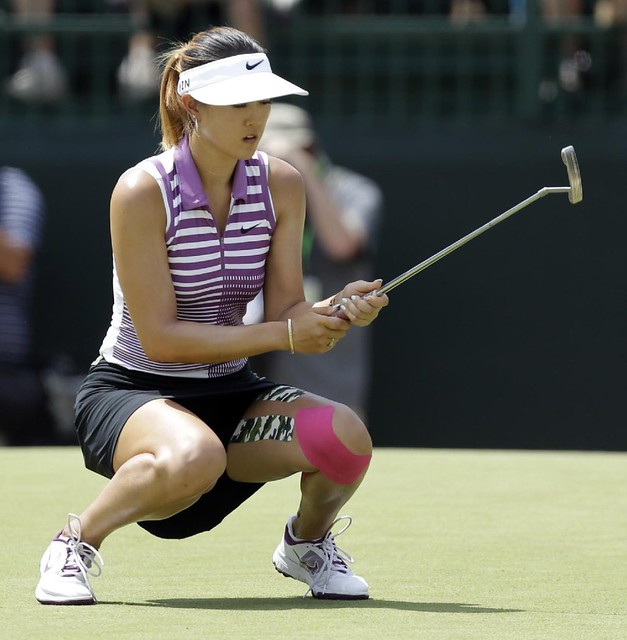 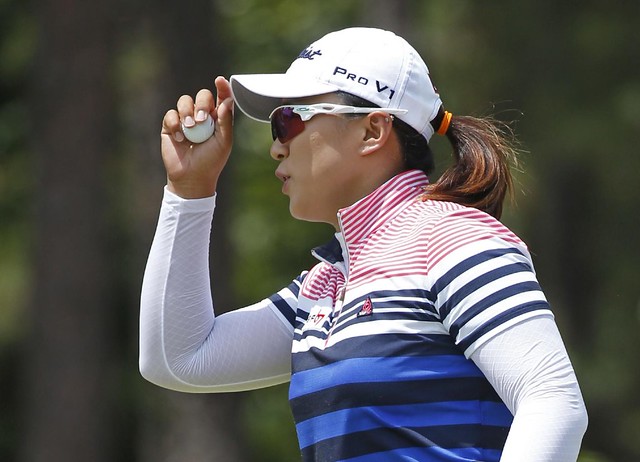 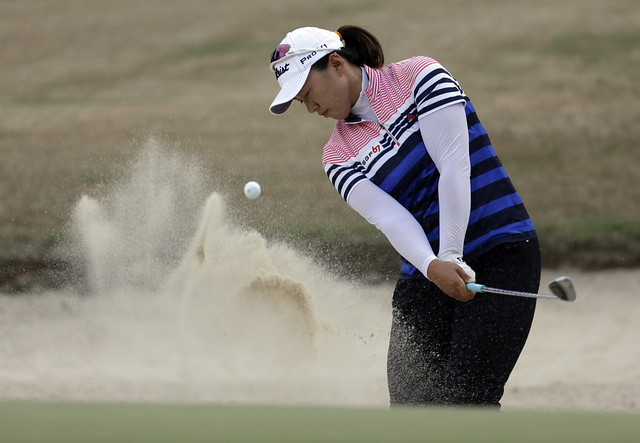 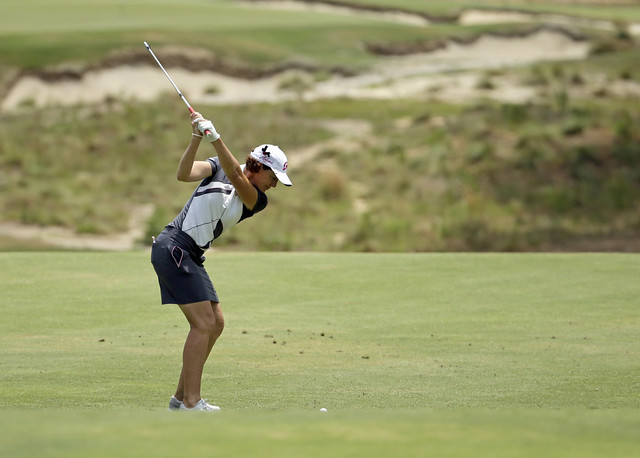 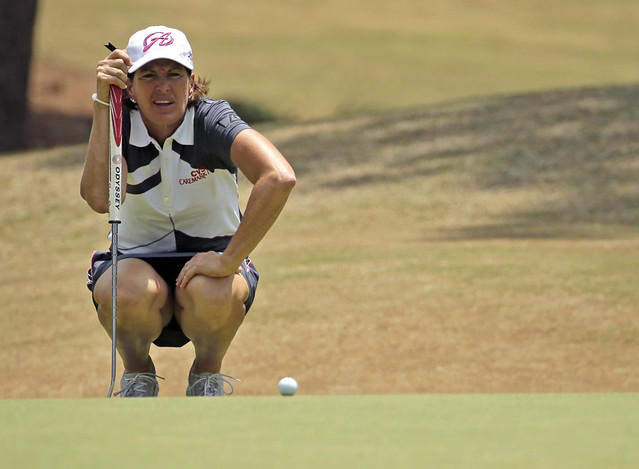 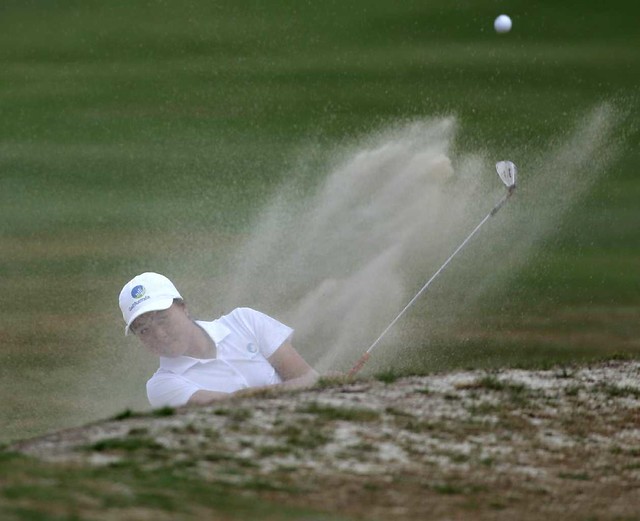 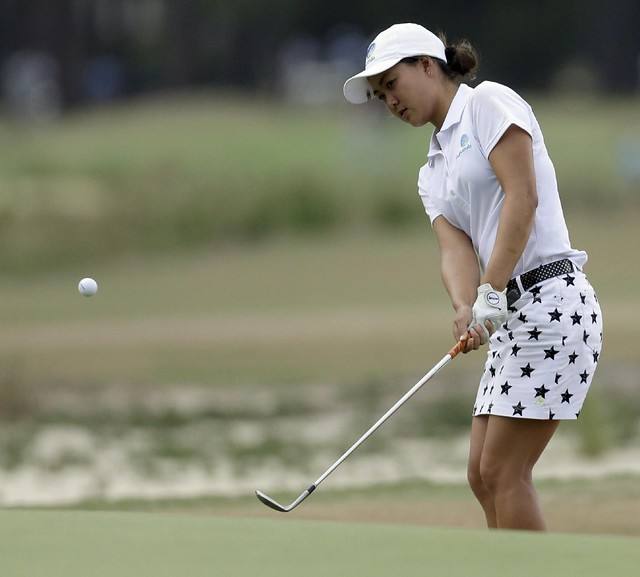 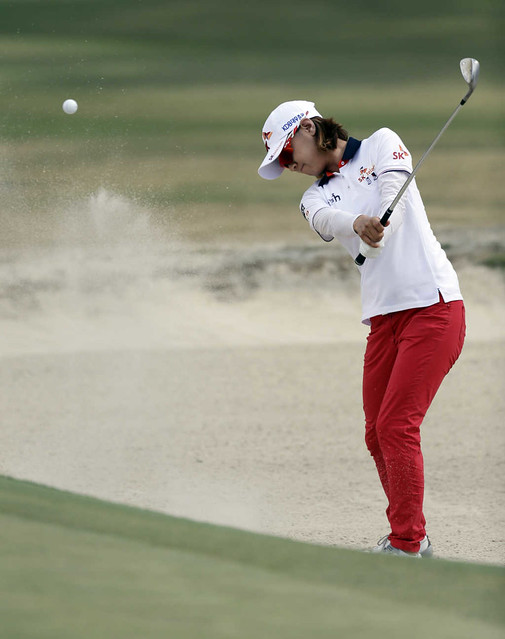 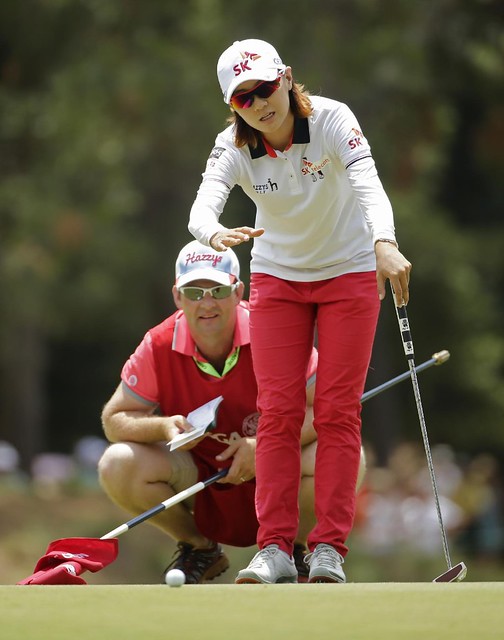 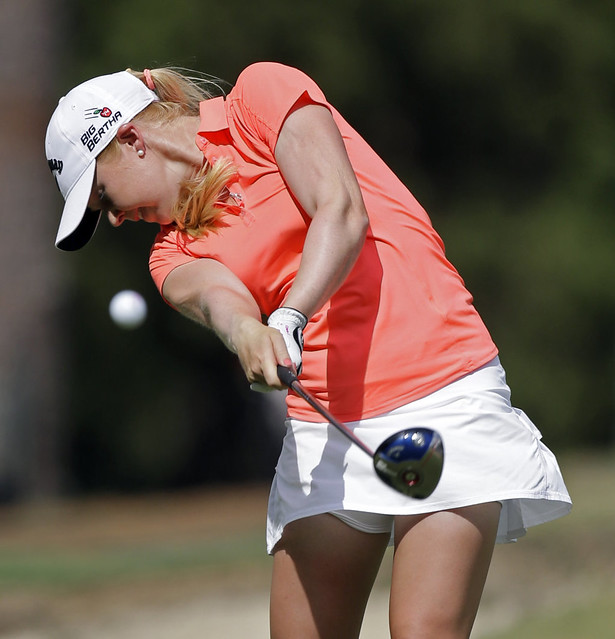 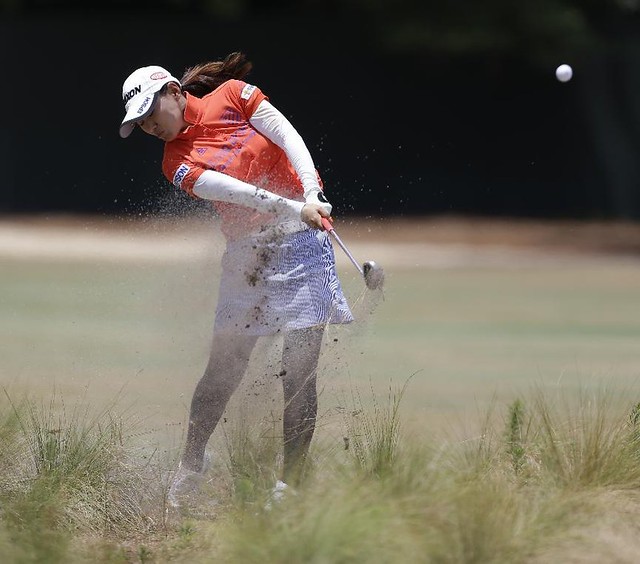 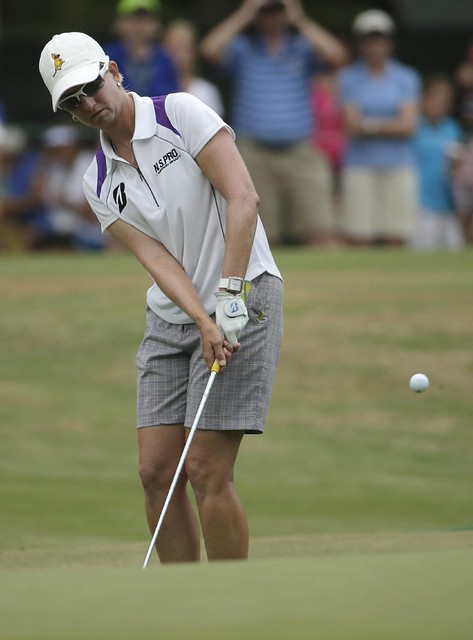 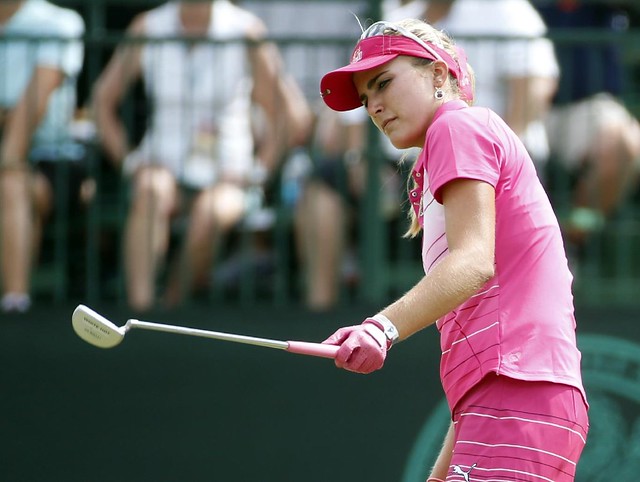 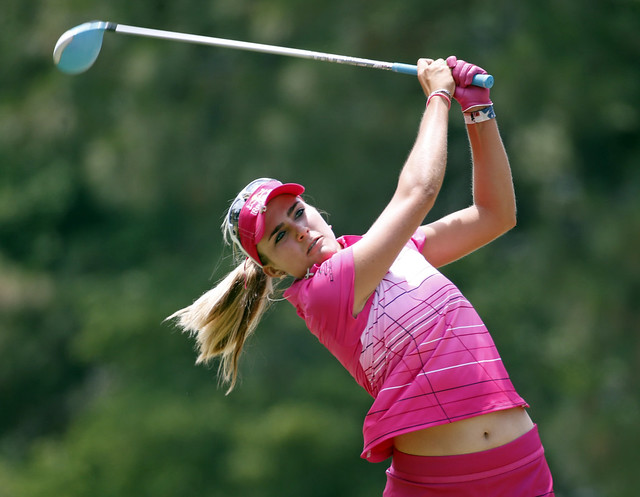