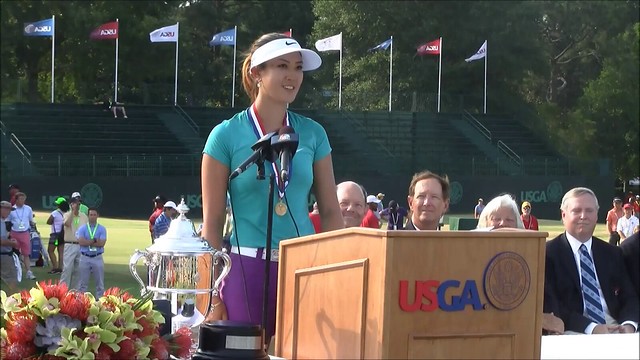 With the allotted broadcast time winding down once Michelle Wie dropped in her final putt to seal victory at the 2014 US Women’s Open, it’s terrific that Pinehurst shared the video of the trophy ceremony. Not only did Michelle receive her gold medal and trophy, Stacy Lewis also received her silver medal as the second place finisher and Brooke Henderson was awarded low amateur. It was funny right at the beginning when Michelle stood up prematurely for the presentation and had to sit back down. There is an interview after she gets her awards. A few minutes later she gives a brief speech. Incidentally…well, actually importantly…the ratings for Sunday’s final round were up 89% over last year and were the best ratings since 2007. Saturday’s ratings were up 71% over last year. 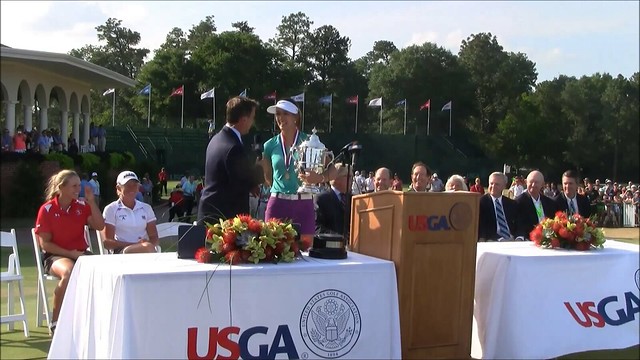 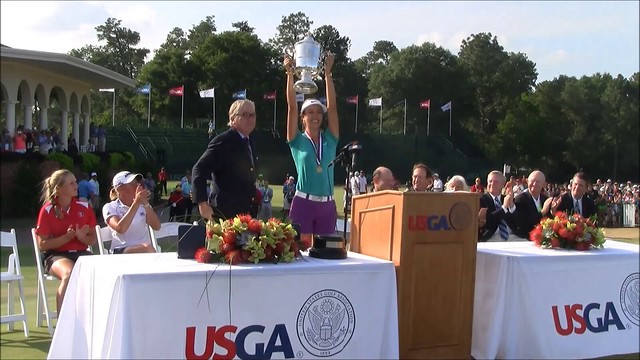