Stacy Lewis must enjoy storybook endings. She’s written two already this season. Born in Ohio, Stacy grew up in Texas and wears her Texan Pride unabashedly. Just check out that LPGA commercial where she refers to Texas as a country. She also went to school at the University of Arkansas where she was the shining star of the LadyBack Golf Team. In both Texas and Arkansas, she is a golf hero. So it’s only fitting that Stacy followed up her win at the 2014 North Texas LPGA Shootout in May with the 2014 Walmart NW Arkansas Championship. Lewis improved each round, finishing with a sensational 7 birdie 1 bogey 6-under 65 (par is 71 here) to end at 12-under. That was good enough to best Lydia Ko, Angela Stanford and Cristie Kerr by 1 shot. It was an emotional win for the 11-time LPGA titleist.

Stacy’s win continues both a dominant season from the American women on the LPGA Tour and her own reemergence as the world’s best female golfer. This is her 3rd win of the year. She also has 4 runner-up finishes. Stacy won 3 times in 2013 and 4 times in 2012. Unless somebody else rises to match her, she seems on the verge of having an Annika-esque year that could see her win 5+ tournaments. In two weeks she will be the reigning defending champion at the year’s third Major, the Women’s British Open. She’ll be tough to beat there. But that’s in the future. Today, I will celebrate her win the same way I always celebrate when she wins. Wooooooooo. Pig-SOOIE! Wooooooooo. Pig-SOOIE! Wooooooooo. Pig-SOOIE! RAZORBACKS! 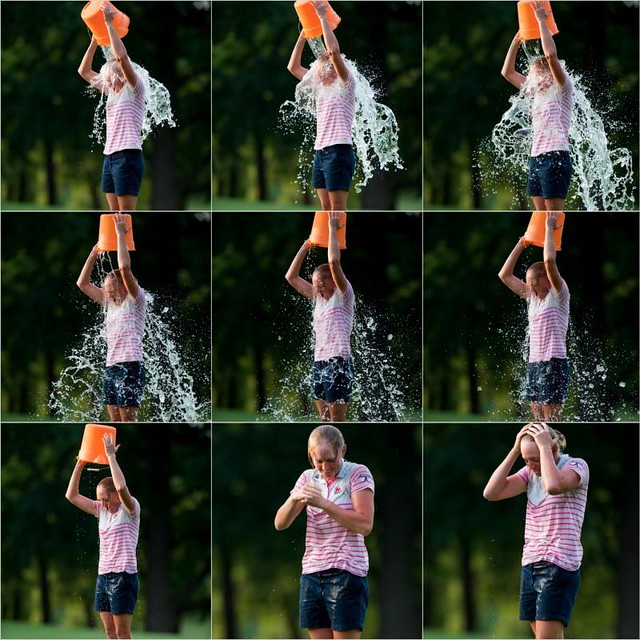