Fresh off her title at Wimbledon 2014, Petra Kvitova has moved up the rankings from #6 to #4. She also moves to #3 on the money list. The two players ahead of her on the money list are the two other singles Major winners this year, Maria Sharapova and Li Na. However, although Li Na maintains her #2 ranking in both singles and the money list, her early exit from Wimbledon allowed Kvitova and Simona Halep to move within reach of usurping the #2 ranking on both lists from her. Petra’s career high ranking is #2. Speaking of career high rankings, Wimbledon singles runner-up Eugenie Bouchard entered the top 10 in singles for the first time, landing at #7. This is the highest ranking ever for a Canadian on the WTA, surpassing the #8 ranking of former Canadian star and 2-time WTA titleist, Carling Bassett (now Carling Bassett-Seguso). Congratulations also to the doubles pair of Roberta Vinci and Sara Errani. With their Wimbledon triumph, they completed the career Grand Slam as a doubles team and reclaimed the world #1 spots in doubles. 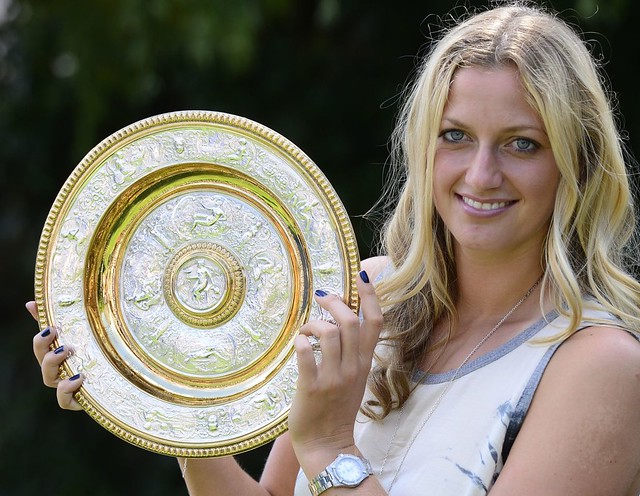