If the US Open were played in New Haven, Connecticut then Petra Kvitova would be a clear favorite. The reigning Wimbledon champion won the 2014 Connecticut Open at Yale with a 6-4 6-2 victory over good friend Magdalena Rybarikova. It was Petra’s 2nd title in New Haven in 3 years and her 3rd straight final. Kvitova didn’t lose a set all week and displayed the kind of virtuoso tennis in her semifinal romp over Samantha Stosur that makes tennis experts predict she would be the best player in the world if she ever found the motivation and consistency to match her vast talent. She’s never played particularly well at the US Open, reaching the 4th round only twice. Whether it’s the distractions, the humidity, the allergens, asthma, fitness or any number of reasons given for her less than stellar finishes, Flushing Meadow hasn’t been kind to her. But maybe this is the year the 2-time Wimbledon champion finally shows the crowds in New York why so many, including me, effusively praise her potential. At only 24, Petra still has time to rule women’s tennis…if she wants to. 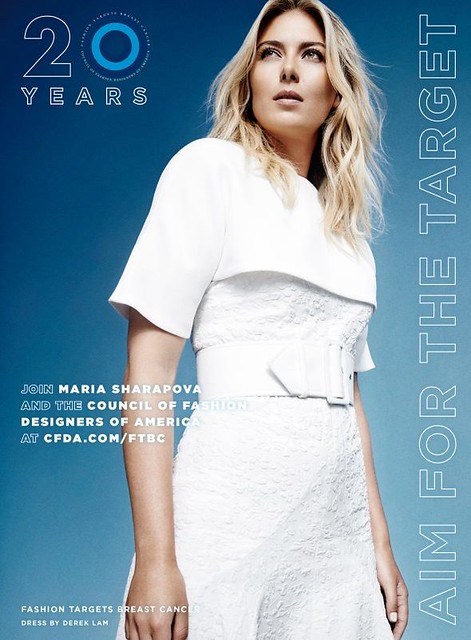 Reigning Roland Garros champion Maria Sharapova was chosen as the face of the Council of Fashion Designers of America’s (CFDA) Fashion Targets Breast Cancer campaign. It is the 20th Anniversary of the FTBC campaign. $54 million has been raised for breast cancer charities through this initiative. You can learn more and make a donation here: Fashion Targets Breast Cancer 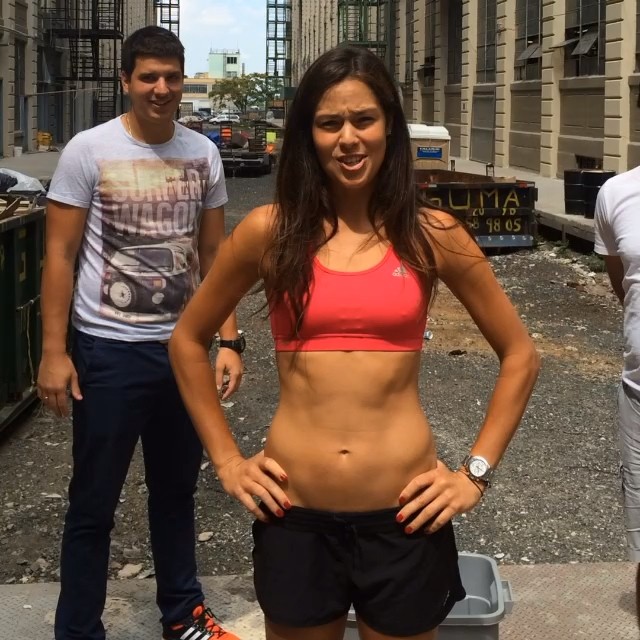 Dumping cold water on oneself for charity predates the ALS Ice Bucket challenge, but clearly never before has it become the phenomenon that its grown into before the focus became the fight against amyotrophic lateral sclerosis, also known as Lou Gehrig’s Disease (or Disorder). While some have criticized whether people do the challenge for the cause or as a fad, it is clear from the surge in donations that the fight against ALS has greatly benefited from the challenge. A lot of tennis players have taken the challenge, far too many for me to post every one of them. Here are videos of Ana Ivanovic, Agnieszka Radwanska, Caroline Wozniacki (twice), Petra Kvitova, Simona Halep, CT Open tournament director Anne Worcester, Sabine Lisicki, Laura Robson and tennis legend Chris Evert all participating in the ALS Ice Bucket Challenge.