She didn’t quite eclipse Annika Sorenstam’s LPGA record 27-under, but South Korea’s So Yeon Ryu shattered the tournament record of 18-under by shooting a four day score of 23-under to win the 2014 Canadian Pacific Women’s Open. On day one it was Na Yeon Choi that went out early and threw down the gauntlet with an 8-under 64. So Yeon Ryu responded with a 9-under 63, a course record. She would never trail, earning the first wire to wire win at this event since Michelle Wie in 2010. However, as NYC was the the one on Ryu’s heels Thursday, so was she again on Sunday. Choi also broke the previous 18-under tournament record by finishing in second place at 21-under. And as great as So Yeon was here, bogeys on 10 and 15 had her at 22-under, only 1 shot clear of Na Yeon Choi. There had to be some nervous moments. So Yeon, a former US Women’s Open champion, hadn’t won since Jamie Farr 2012, despite 27 top 10s in the interim. Would this be another wasted opportunity to revisit the winner’s circle? Not this time. She immediately birdied 16 to give herself a 2 shot cushion to close out the final two holes at par. Na Yeon, who had 5 birdies on Sunday, 6 birdies on Saturday and nary a bogey since the 11th hole on Friday just didn’t have a few more in her bag to catch her good friend and countrywoman. Speaking of good friends and countrywomen, the top 3 finishers, Ryu, Choi and Inbee Park are all great friends. So Yeon and Na Yeon will both be bridesmaids in Inbee’s wedding in October. 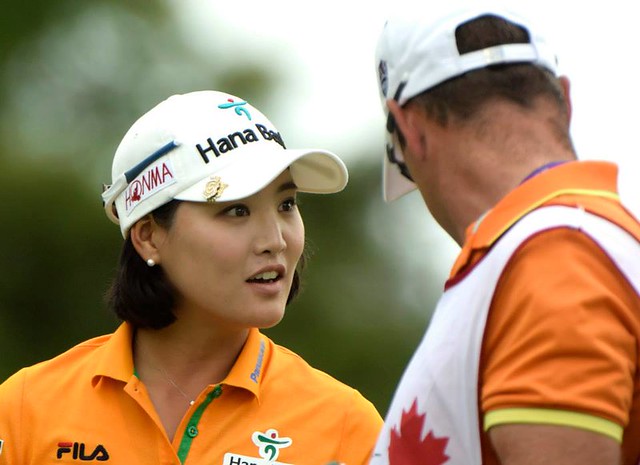 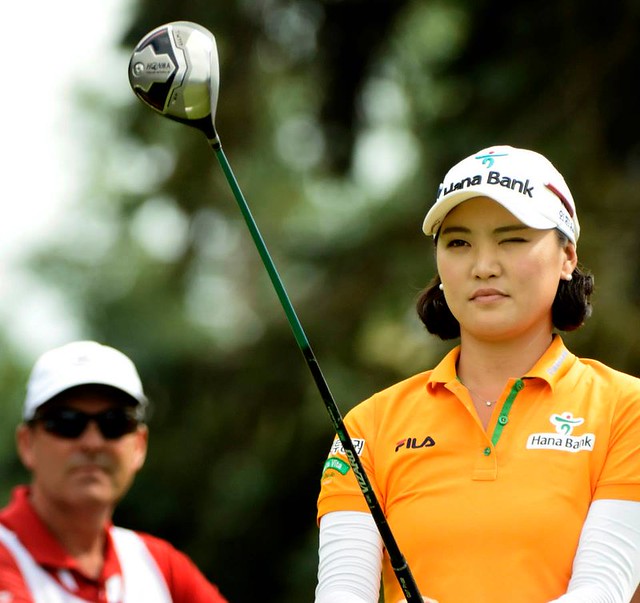 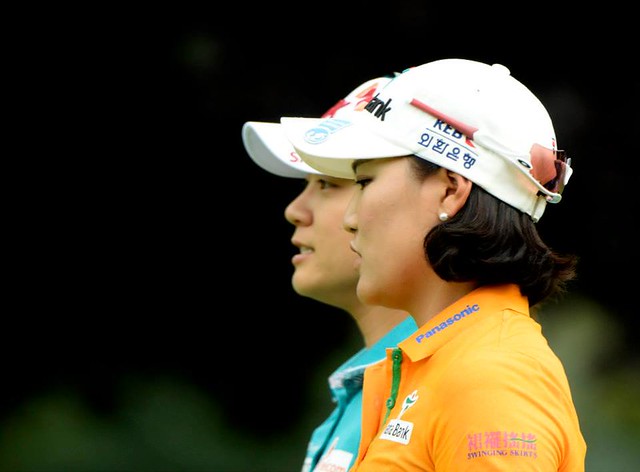 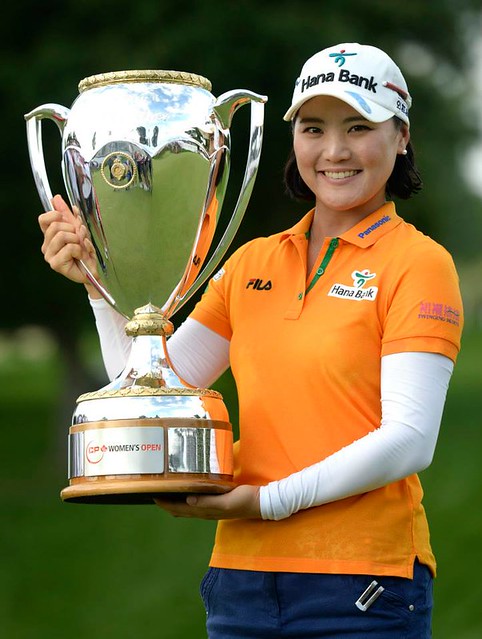 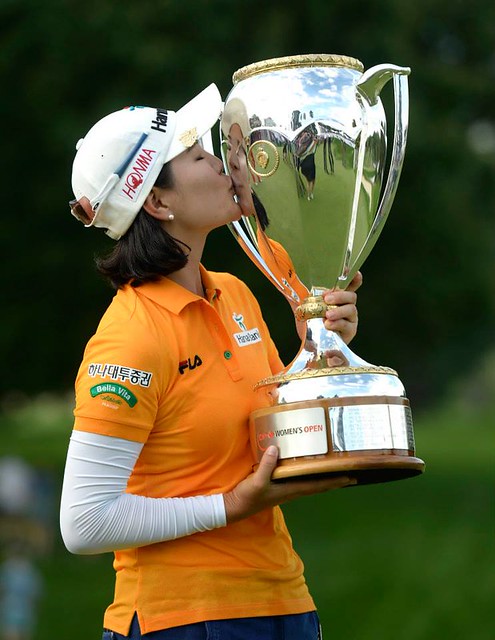 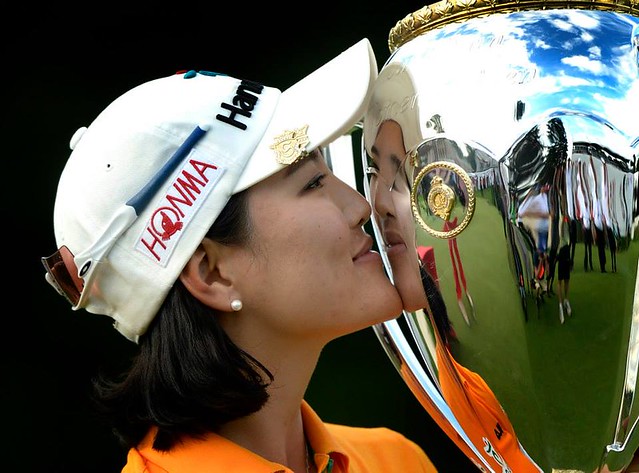 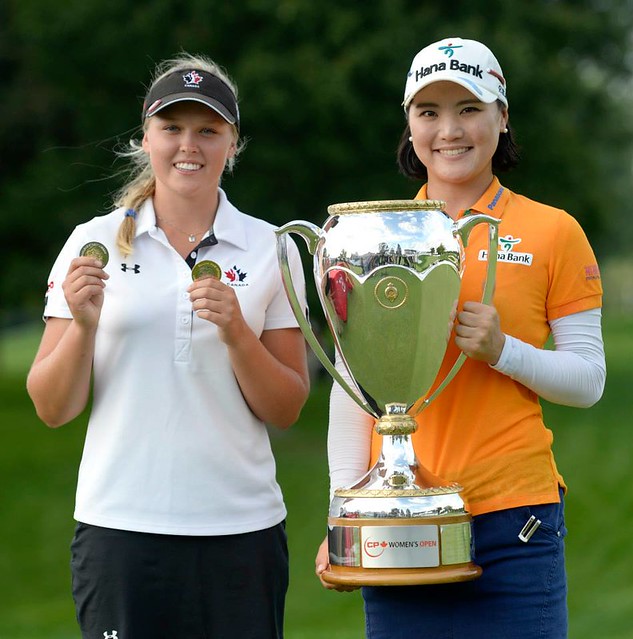 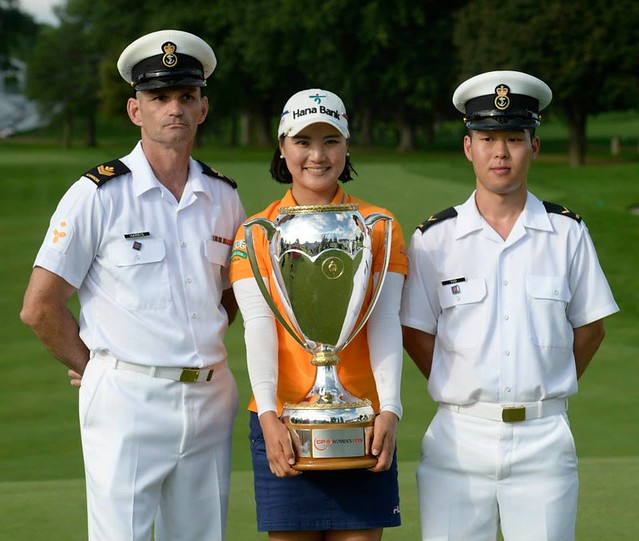 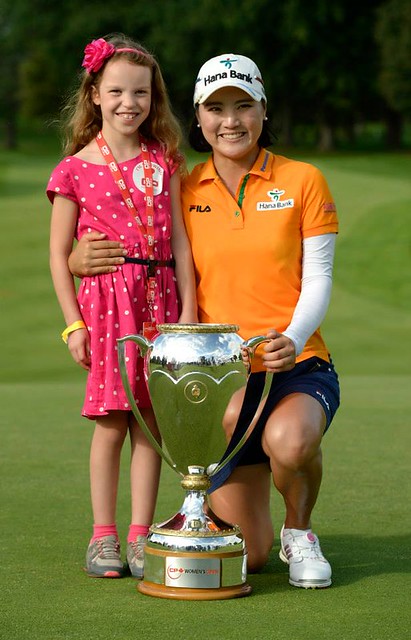 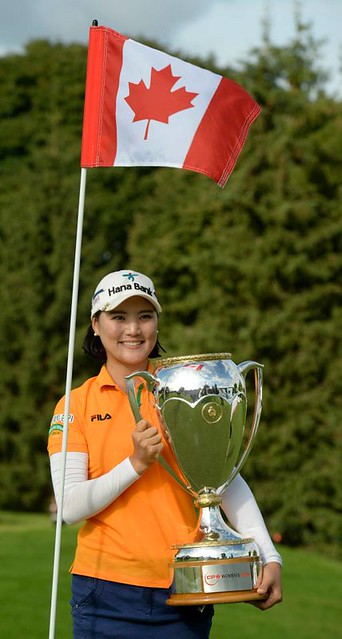 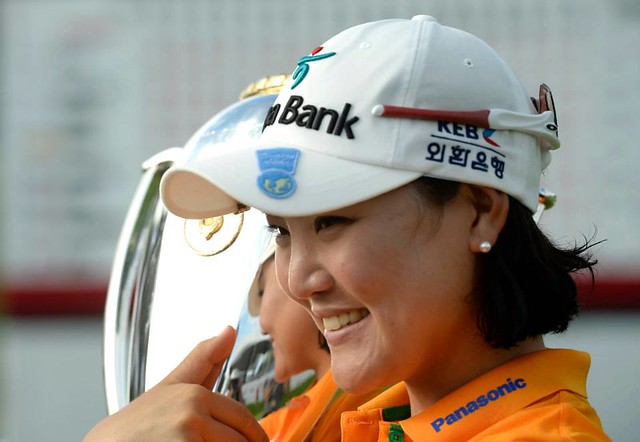 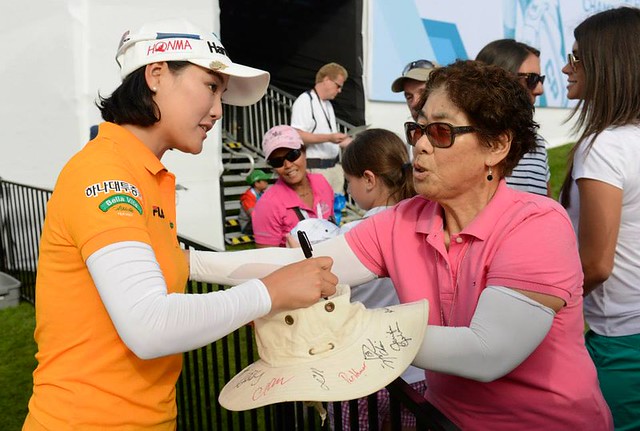 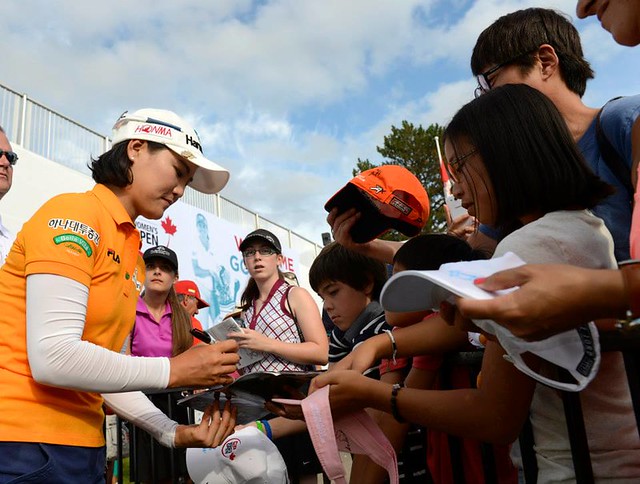 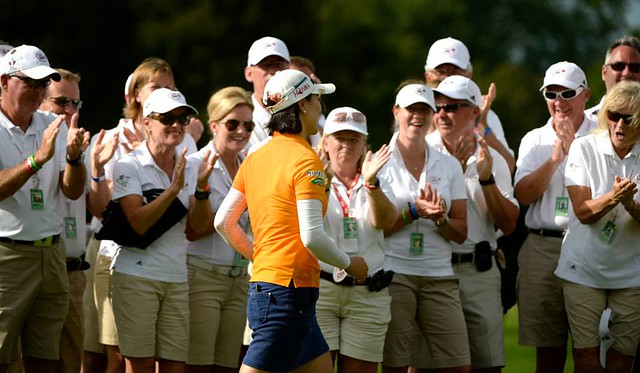 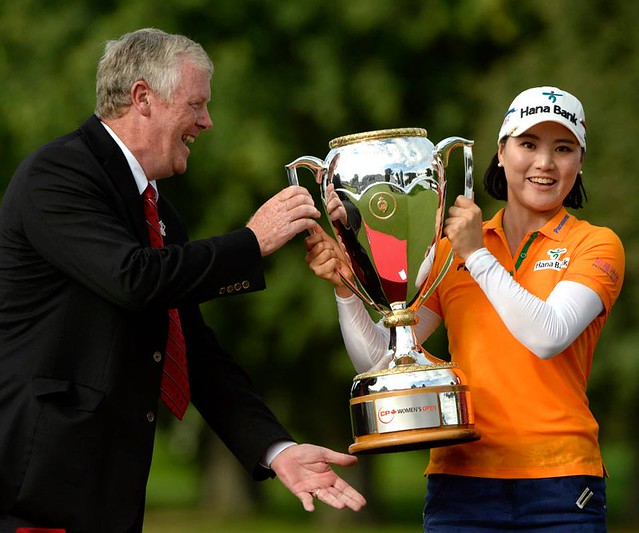 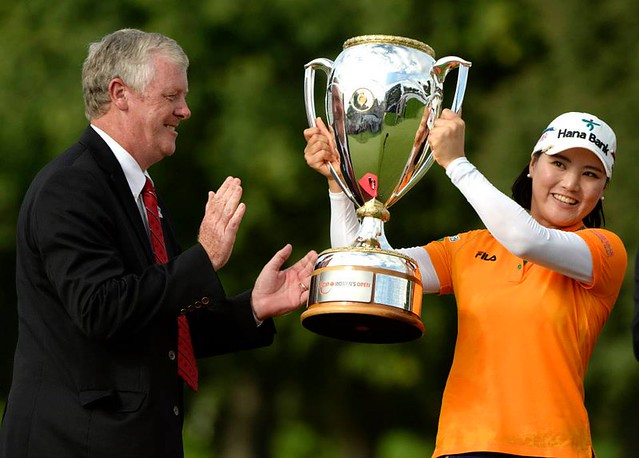 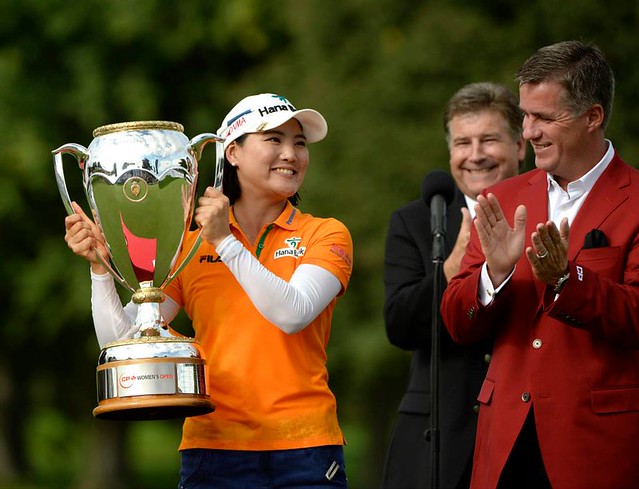 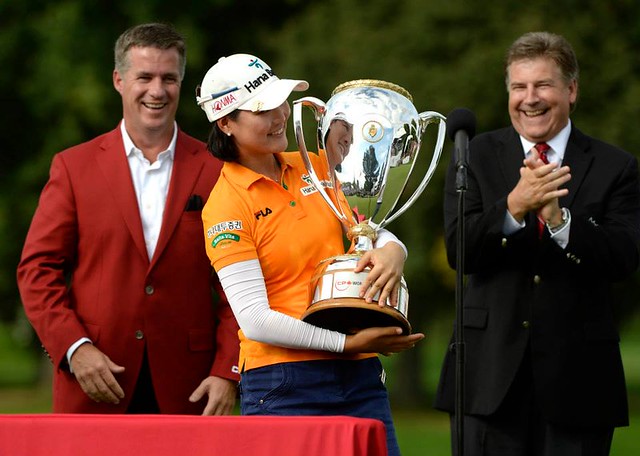 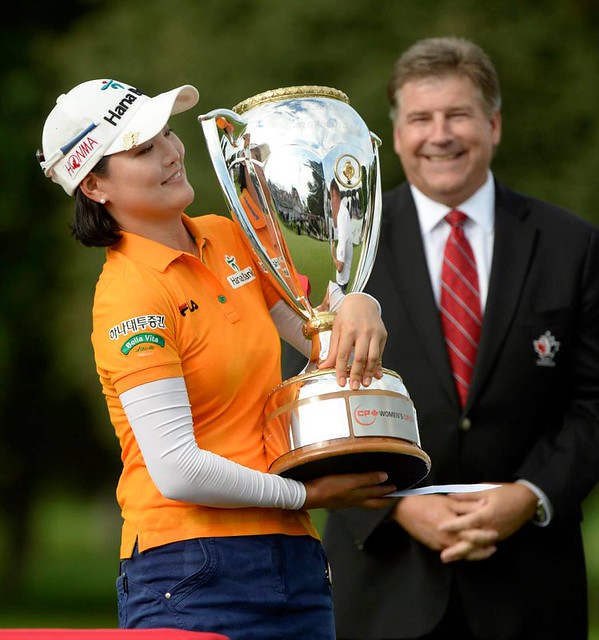 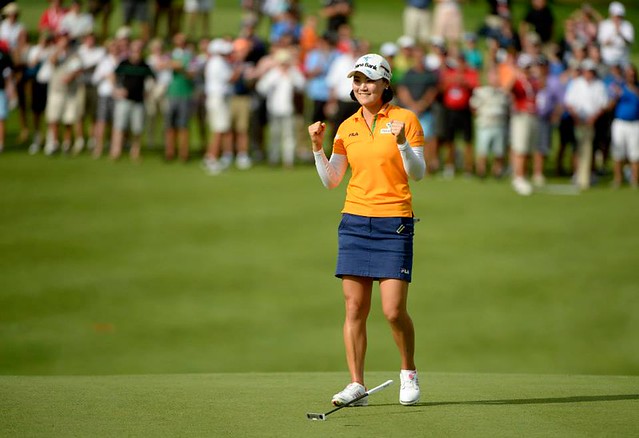 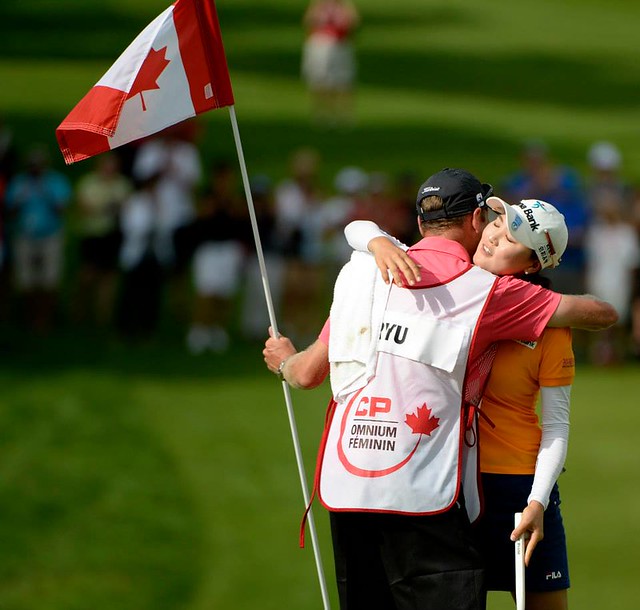 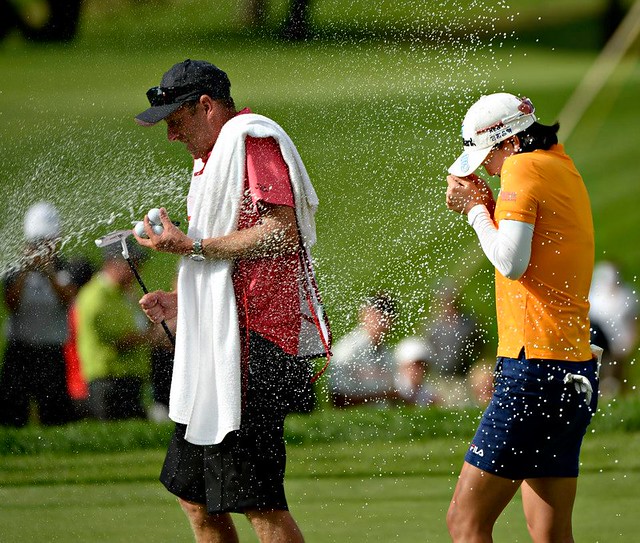 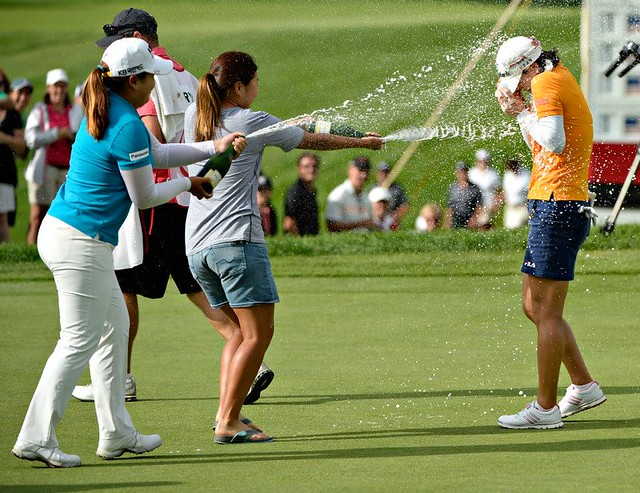 with Inbee Park and In Kyung Kim 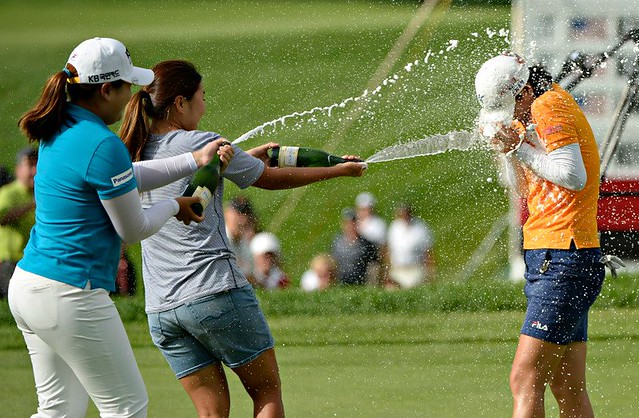 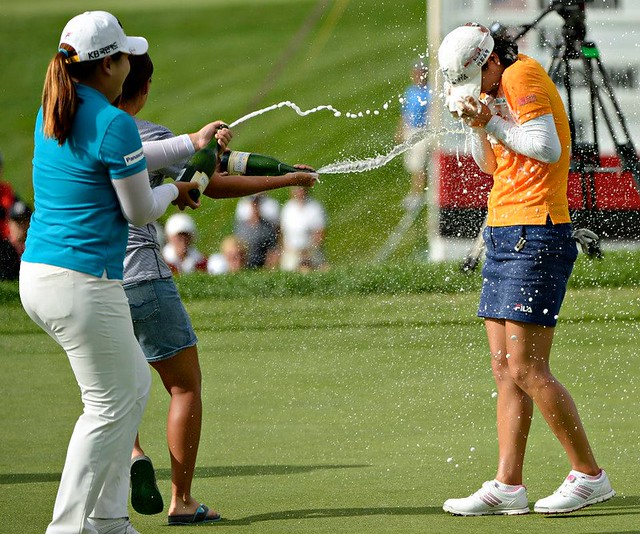 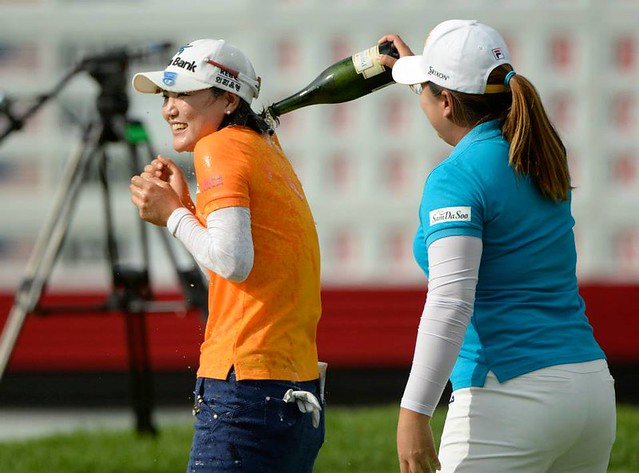 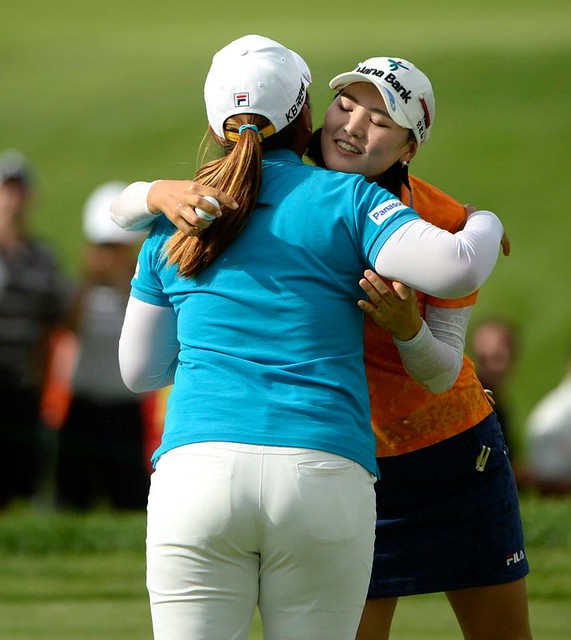 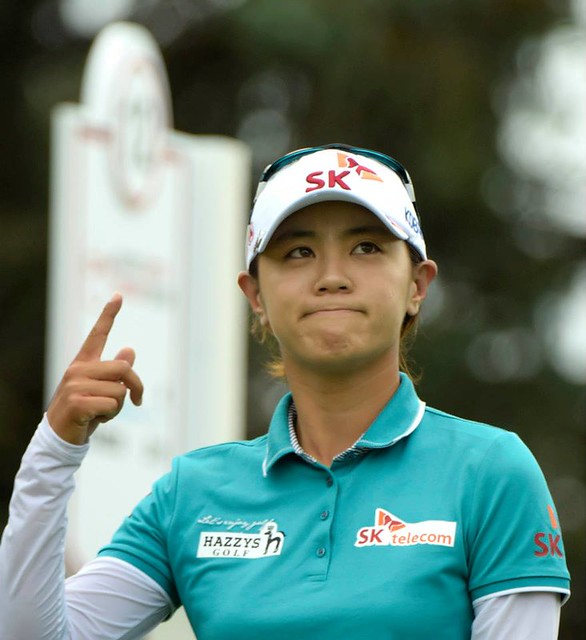 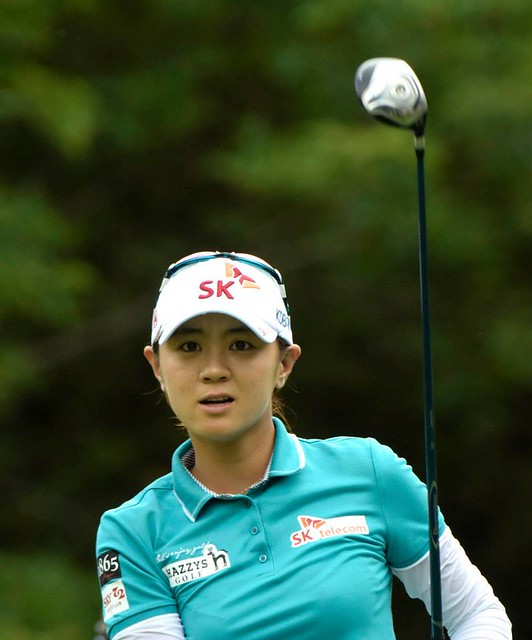