The 2014 Asian Games are underway! Taking place this year in Incheon, South Korea, it was fitting to have perhaps the two greatest South Korean female golfers of all time participating in the opening ceremony festivities. World Golf Hall of Fame member Pak Se-ri served as one of the flag bearers carrying in the Taegukgi, the flag of South Korea. 5-time Major winner Park In-bee was one of the torch relay runners. The final torch bearer was actress Lee Young-ae. She starred in one of the most, if not the most, popular Korean series worldwide, Dae Jang Geum. Literally translated as The Great Jang-geum (her character’s name was Seo Jang-guem), it is also probably better known internationally as Jewel In The Palace. She also starred, and drew accolades, in director Park Chan-wook’s Sympathy for Lady Vengence. Park Chan-wook is the director of the original Korean-language film Oldboy, remade by Spike Lee in 2013. Both films are based on a Japanese manga series of the same name. As an aside, another historically great Korean golfer, Kim Mi-hyun, is from Incheon. I don’t know if she participated or was present at the opening ceremony.

In the following video (sorry for poor video quality, it’s the best I could find that had one of the golfers), Inbee Park is at the 14:20 mark. The video won’t play on this site, but click on the link to go to YouTube to watch it. 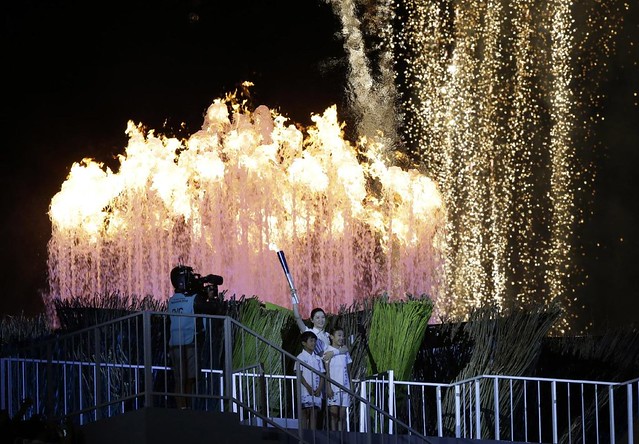