What was Cat Zingano thinking? Facing the incredible Ronda Rousey, the most dominant woman in mixed martial arts (sorry, Cyborg), Zingano raced across the Octagon at the opening bell and jumped into a flying knee. Maybe Cat figured that everybody else had tried unsuccessfully to use orthodox methods against Rousey. What the heck, try something new. But new isn’t always better. Ronda basically caught Cat in the air and they both tumbled to the mat. At this point, coming in wild at Rousey was a mistake for which Zingano would quickly pay. Ronda has been training how to scramble on the ground for the most part all of her life, having been trained by her mother AnnMaria De Mars, the first American to win a World Judo Championships title. Rousey, herself a groundbreaking judoka (like mother, like daughter) who was the first American woman to medal at the Olympics in judo, quickly reversed to gain top position, flipped and stepped over Zingano, trapping her arm in the process. 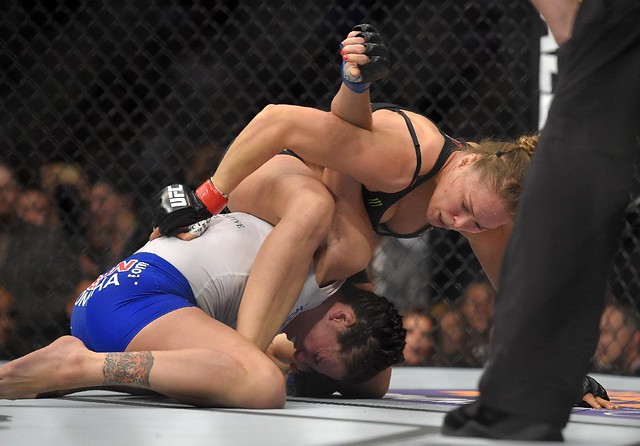 Opponents cannot be wild against Rousey. She lives to trap her opponent’s arm. If you come in with limbs flailing around, she will lock you up. Her first 8 mixed martial arts fights ended by armbar. The first 7 were in the first round, 5 of them in less than 1 minute. Ronda would exceed all of those numbers this time. Once Cat’s arm was caught in a straight arm lock, all Ronda needed to do was sit back and apply reverse pressure on the elbow joint. Zingano had an easy choice: tap out or get her arm snapped in two. She tapped. 14 seconds. That’s all the time it took for Rousey to move to 11-0, all stoppages, and reaffirm her position as the baddest woman on the planet. Her last three fights have ended in 66, 16 and now 14 seconds, all against fighters who were supposed to have the skills to test Ronda. These are legitimately great fighters that Ronda is blowing through. At this point Rousey’s post fight interviews are longer than the fight. 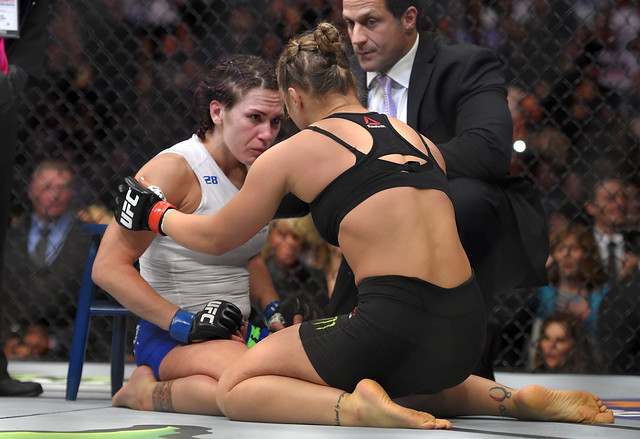 I don’t always feel for the defeated fighter. After all, that’s just the nature of the sport. But I did this time for two reasons. The first reason is her background story. She was suppose to star as a coach opposite Rousey on the television program Ultimate Fighter 18 back in 2013. But a knee injury caused Miesha Tate to take her place, ultimately culminating in a title shot that should have been Cat’s. As she was rehabbing, she was struck by cruel tragedy when her husband committed suicide. Zingano’s world had to be falling apart now widowed and raising their son alone. The second reason is that the previously unbeaten Cat Zingano is now the defeated fighter in the quickest fight in UFC championship bout history. She doesn’t deserve that on her record, given her skills and ability. She is possibly the best fighter Rousey has faced. She just decided to employ the wrong strategy. Afterwards, she was almost shell shocked at what happened. 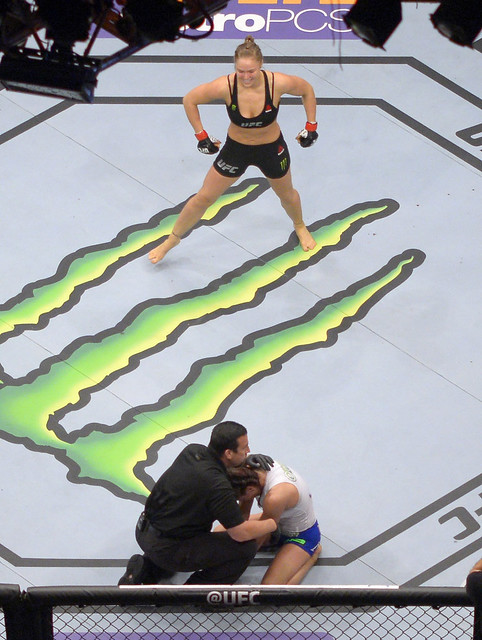 So now Ronda Rousey has beaten everybody in the top 5 of the UFC Bantamweight division. Who is there left to fight? Basically, there are five possibilities. Bethe Correia has beaten a few of Ronda’s stablemates and is undefeated. Rousey has said she’d like to end her unbeaten streak. The aforementioned Cristiane “Cyborg” Justino is probably the best women’s fighter on the planet not named Rousey. But Cyborg fights under Invicta and might not be able to cut weight to get down to 135 pounds to fight Ronda. Cyborg, who also won a fight this weekend under 1 minute, keeps talking but she doesn’t seem any closer to making 135 than she has been in the past. A rematch for Rousey with Cat Zingano is possible, but after a 14 second stoppage it would be a hard sell to get people to fork over $59.95 in PPV right now. Cat needs at least one, if not two, impressive comeback fights. Another possible rematch for Rousey is against Miesha Tate, the only woman to take Ronda past the first round, which occured in their second fight. But Ronda has already beaten her twice, the first time in the opening round. Maybe Tate and Zingano should have a rematch. Miesha was winning that fight until getting caught late. I thought the referee stopped it prematurely, as some others also thought. Since controversy exists there, and controversy sells in the fight game, why not do Tate vs Zingano again? The last possibility is the much-hyped former boxer Holly Holm, who also won at UFC 184 via split decision over Raquel Pennington. I don’t know if a split decision over Pennington will make anybody clamor for a fight against Ronda, but it’s probably the fight most likely to happen next. We shall see. 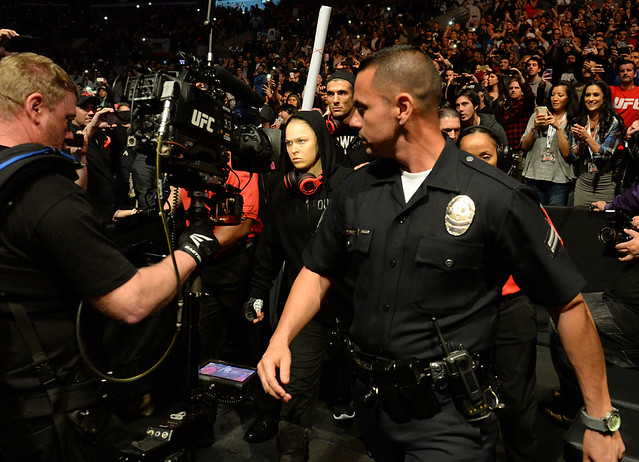 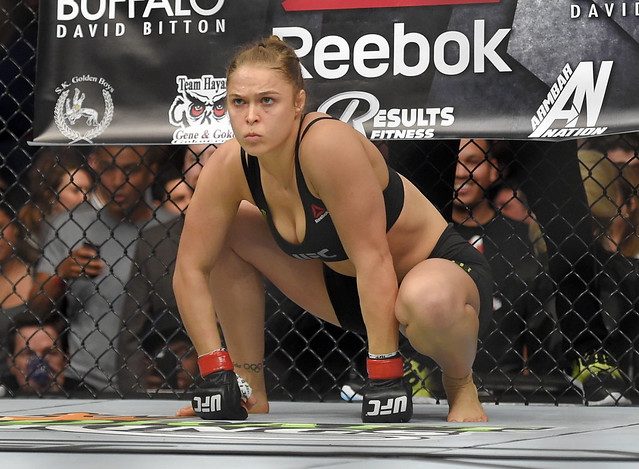 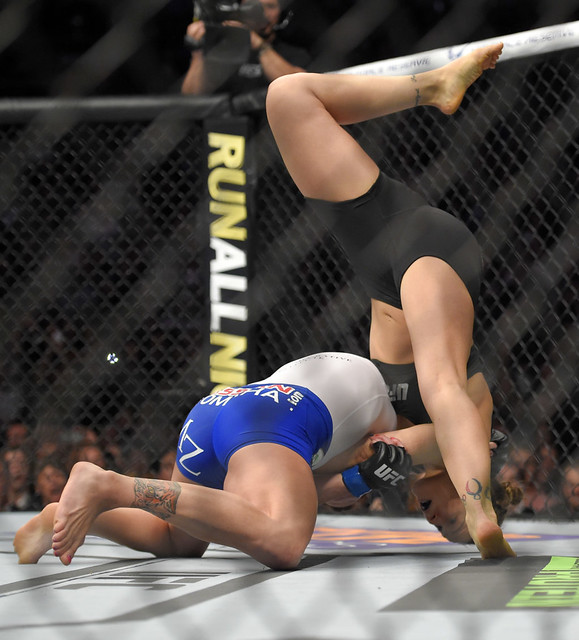 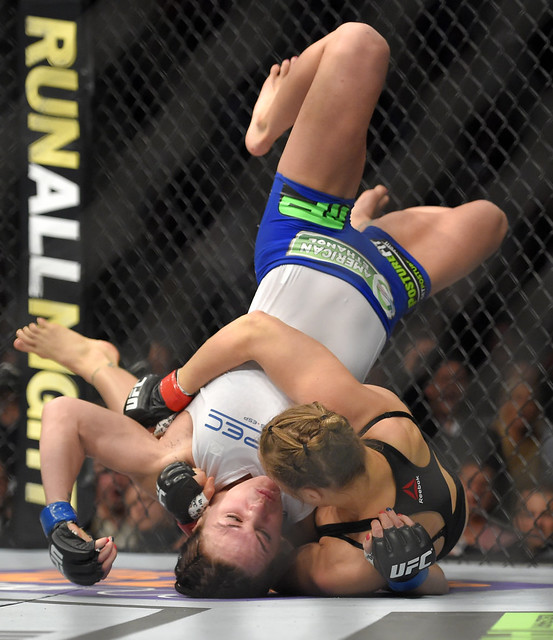 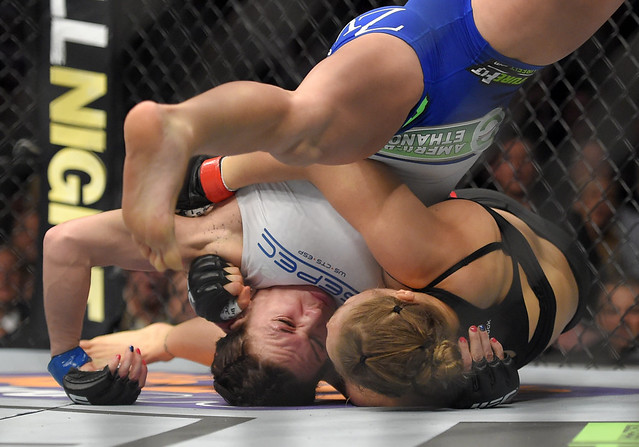 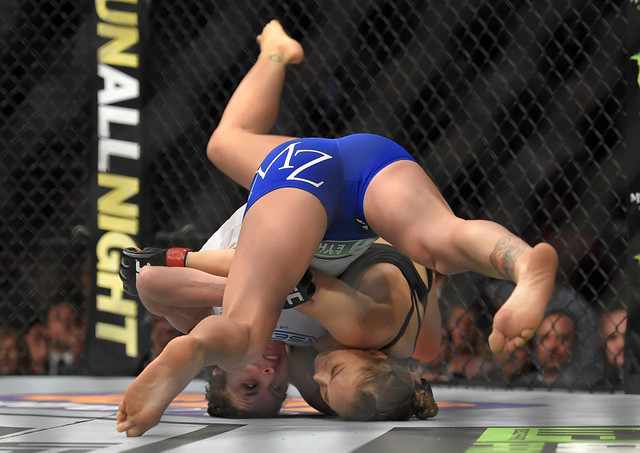 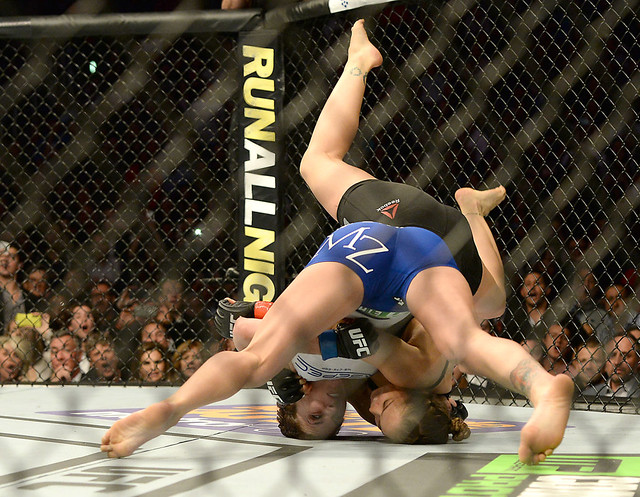 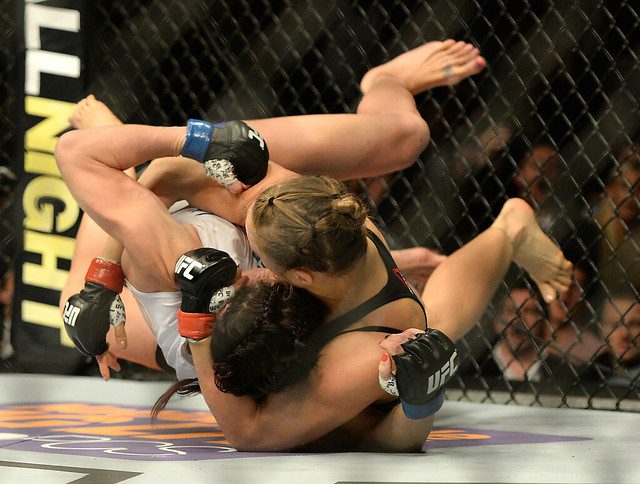 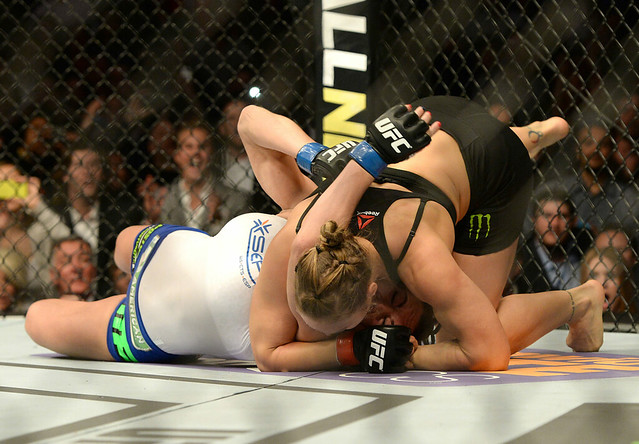 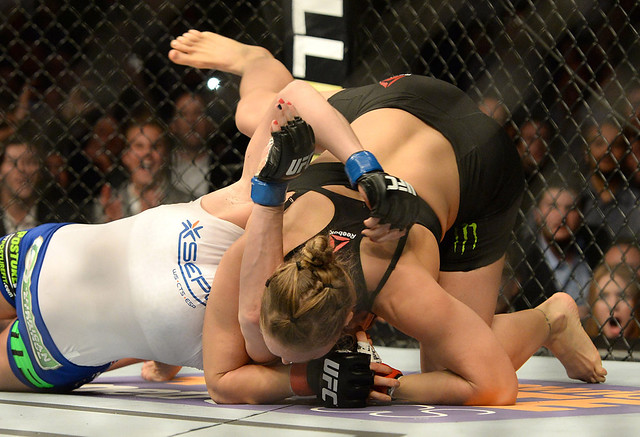 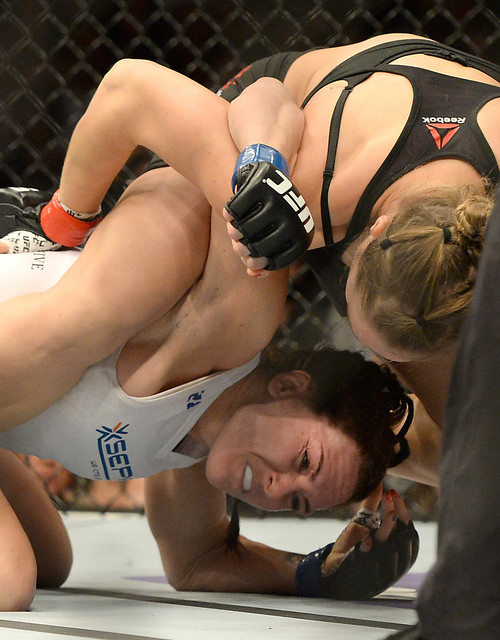 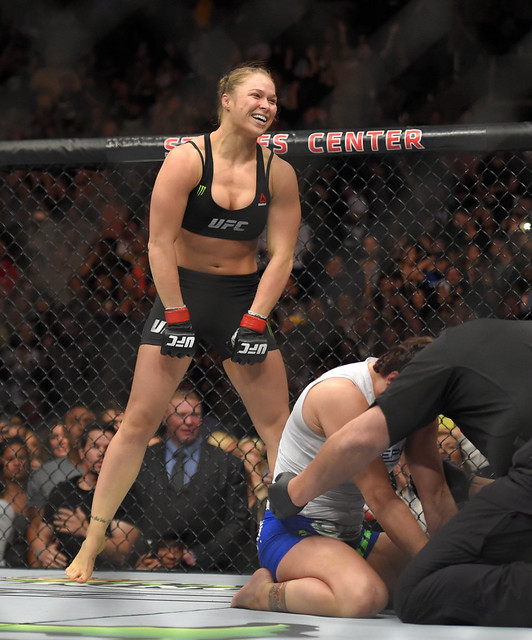 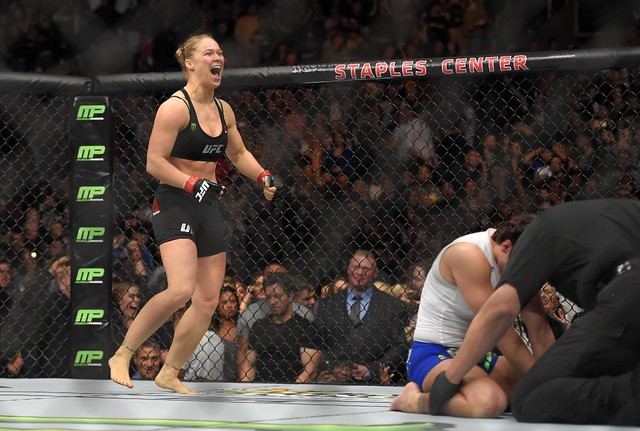 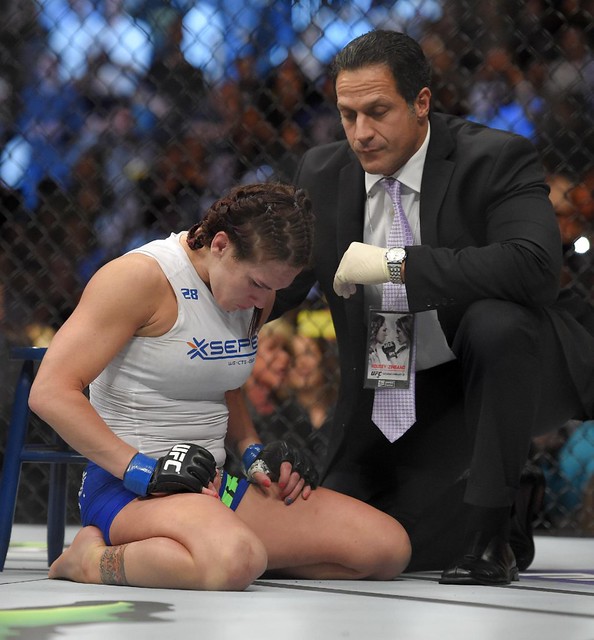 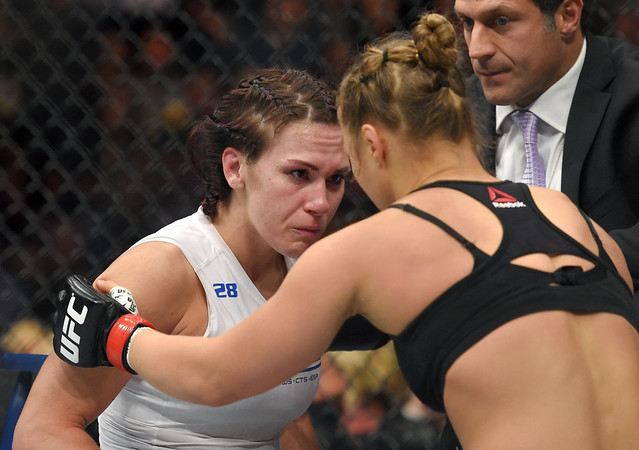 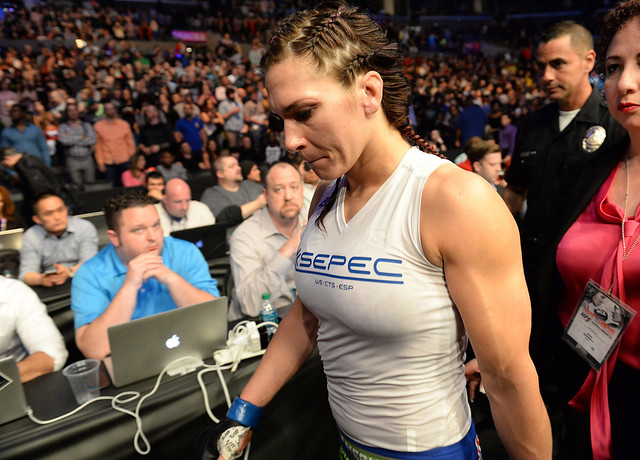 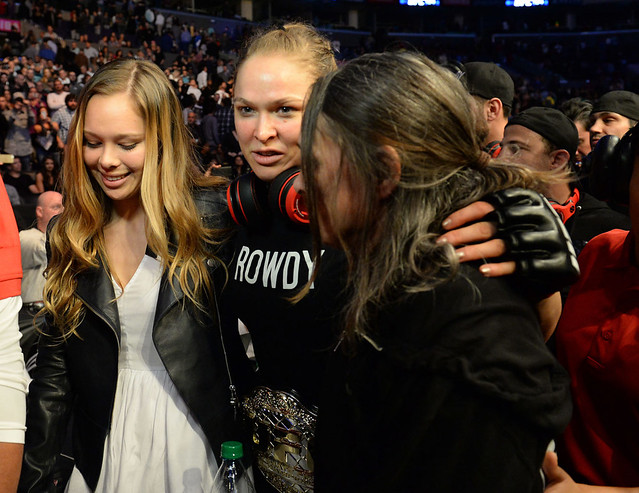 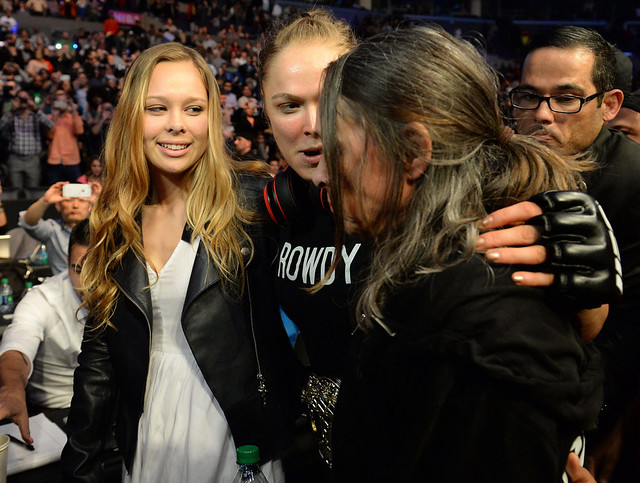