I left off yesterday with my top 4 favorites (Madison Keys, Petra Kvitova, Maria Sharapova and Simona Halep) ousted from Roland Garros 2015 but moving on with other favorites Ana Ivanovic and Garbine Muguruza. Well, Garbine is gone. And based on how Lucie Safarova is playing at the moment I’m a little worried about Ana playing her in the semifinals. Just as she was against Maria Sharapova in the previous round, Lucie Safarova came out playing very well against Muguruza, who herself was playing well early. Garbine hung with Lucie for a while, but in the end Safarova prevailed 7-6 (3) 6-3. Ivanovic had a more impressive looking scoreline in beating Elina Svitolina 6-3 6-2 but A) scorelines don’t show the quality of the match and B) Ana has owned the young Svitolina so far in her career. Against Safarova, Ana has a losing 3-5 record. I’m not saying Ana won’t win. At their absolute bests, I believe Ana is the better player. But she is also the more inconsistent player. It all depends on what Ana Ivanovic shows up in the semifinals. Win or lose, it is terrific to see Ivanovic in another Major semifinal, her first since 2008. I hope she goes even deeper…all the way to the title. 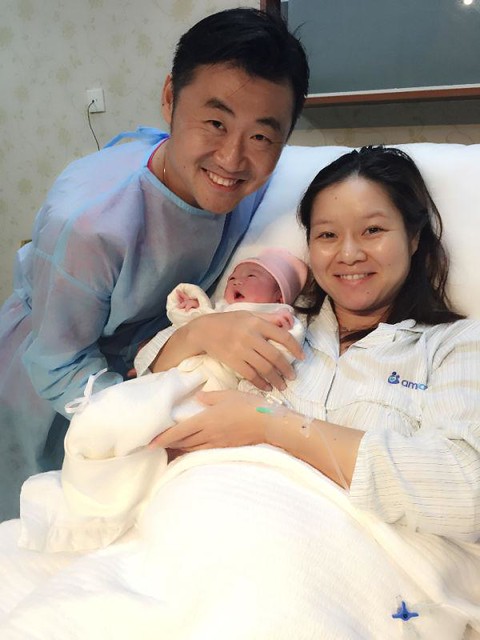 Speaking of Roland Garros title winners, 2011 women’s singles champion and tennis pioneer Li Na gave birth to her first child. And naturally little daughter Alisa would bless mommy Li Na and daddy Jiang Shan during Roland Garros this year. I really miss Li Na on tour, but when I see the great joy brought to her life as she moves into motherhood I can’t help but smile and be happy for her. All the best to Li Na and family.