It was a Seoul Sister shootout at the 2015 Earth Mondamin Cup as two of the most accomplished South Korean (or any nationality, for that matter) players on the LPGA of Japan (JLPGA), Bo-Mee Lee and Ji-Hee Lee, had to settle matters in a playoff as they finished regulation play tied at 14-under. Bo-Mee was all over the pin in the final round, almost holing out from the fairway on #5. Ji-Hee was right there with her. When Bo-Mee stuck it on the pin with her approach on 16, Ji-Hee overcame a drive into the rough to drain a 20 foot putt to match Bo-Mee’s short birdie conversion. Bo-Mee escaped disaster on #18 when she found a fairway bunker with her tee shot when Ji-Hee laid up with her 2nd shot on the par 5 closing hole. Both ending up with long birdie putt attempts, Ji-Hee’s coming second and giving her a chance to win, but both players ended up two-putting for par. Bo-Mee escaped again on the first playoff hole (#18 again) as Ji-Hee missed a birdie putt to win from maybe only 6-8 feet, burning the top edge. You could tell from Bo-Mee’s facial expression that even she felt for Ji-Hee missing that potential winner. They would play #18 again on the second playoff hole, but this time the hole location was moved from near the back left to the front right. Bo-Mee capitalized by sticking her 3rd shot to tap-in birdie range. Ji-Hee would need a long miracle birdie to match her. It didn’t happen as once again she burned the top edge. With that, Bo-Mee closed out the second playoff hole with a birdie for the win, her second of the 2015 season and 10th JLPGA victory overall. She extends her lead in both Player of the Year and the Money List. 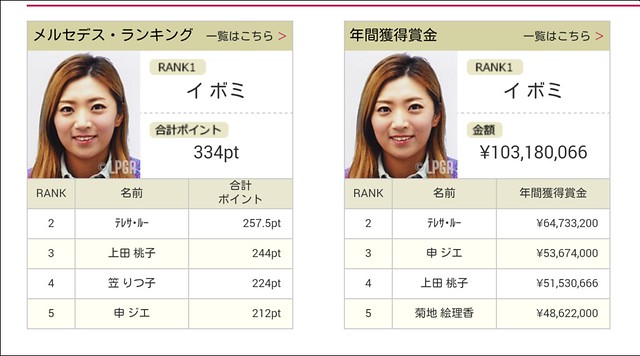 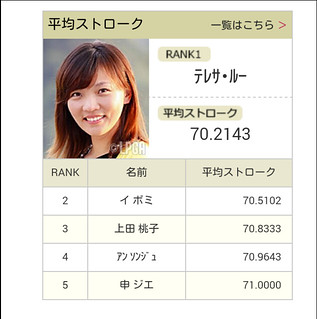 Unfortunately, I don’t have any final round pics of Kaori Ohe (T4) ready, so here are a few from round 3!