Mayu Hattori won her fifth LPGA of Japan (JLPGA) title and first since 2012 with a 4-shot 14-under victory at the 2015 CAT Ladies. The 27-year old Hattori opened the tournament with a 7-under 66 (par was 73 for this tournament), leaving her in a four way tie for first place. She played well again in the 2nd round with a 3-under 70, but trailed at 10-under as South Korea’s Hee-Kyung Bae usurped the top spot at 11-under (69-66). Those positions would reverse as Hattori finised with a strong 4-under 69 to take the championship while Bae slipped into a four-way tie for second place at 10-under following a 1-over 74 final round. Last week’s winner, Teresa Lu, was also part of the quartet in 2nd place along with Kumiko Kaneda and Momoko Ueda. Lu continues to lead the JLPGA in scoring average while trailing only Bo-Mee Lee for Player of Year and the Money List.

Player of the Year and Money List Leader: BO-MEE LEE 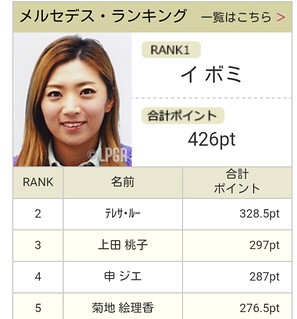 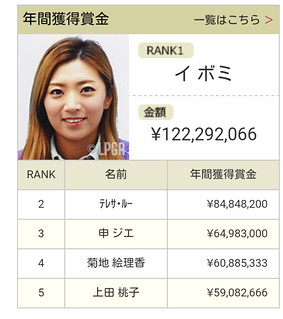 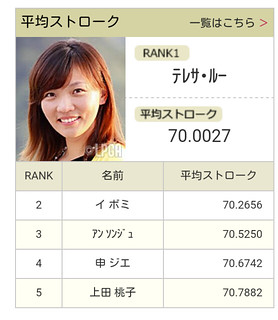