Back in June, in a warm-up for Wimbledon, Belinda Bencic won her first WTA title at the 2015 Aegon International by defeating Agnieszka Radwanska in three sets on grass. Aga just struck a measure of revenge on hard court by winning the 2015 Toray Pan-Pacific Open in straight sets over Bencic, 6-2 6-2. It’s the 22nd singles title of Radwanska’s illustrious career. However, it’s the first for Aga in 2015. Her last singles crown came at the Rogers Cup 2014 when she beat Venus Williams in straight sets. She has spread her 22 singles titles around, with Tokyo being her first tournament to have been won twice. Aga, who for years has been a top 10 fixture, had slipped out of the top 10. With this victory, she returns to former glory as she will ascend #7 in the world when the new rankings come out on September 28th.

Taking the doubles crown was the Spanish duo of Garbine Muguruza and Carla Suarez Navarro. Since pairing up in 2014, they’ve been one of the best teams on tour, reaching 7 finals. This is their 3rd title together. They were in the Tokyo final last year but fell to Cara Black and Sania Mirza. This year Muguruza and Suarez Navarro were not to be denied, taking out the Taiwanese sisters team of Chan Yung-Jan and Chan Hao-Ching, 7-5 6-1. Overall, this is Garbine’s 5th WTA doubles title, as she had a couple of titles before teaming up with Carla. All 3 of Carla’s doubles titles have come with Muguruza as a partner. 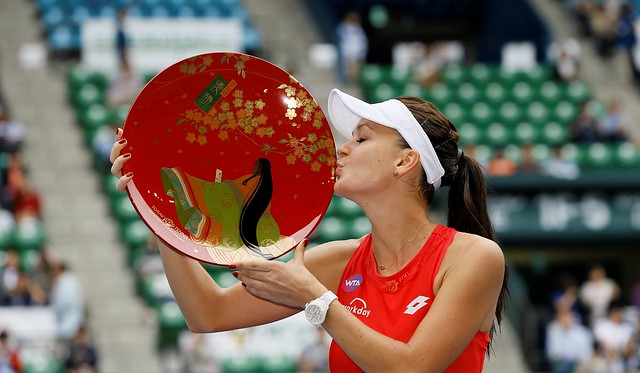 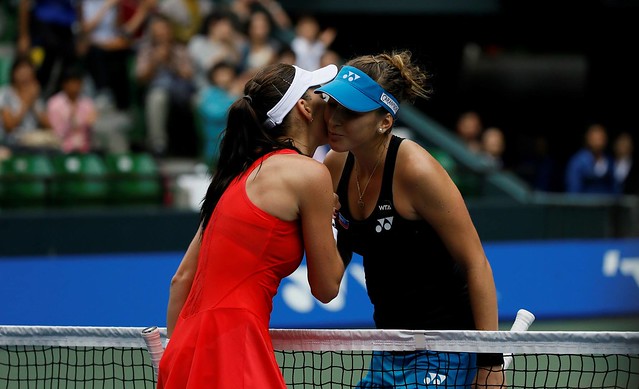 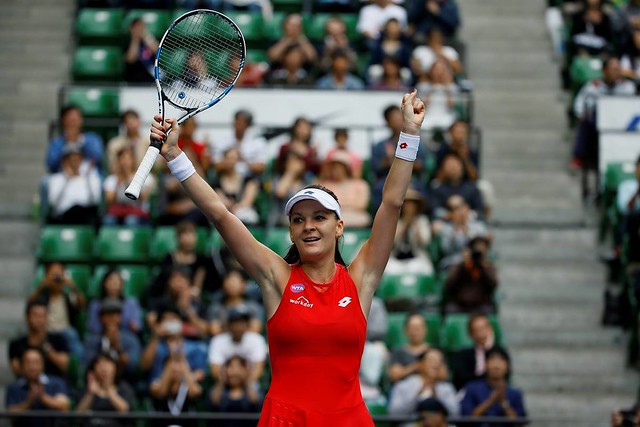 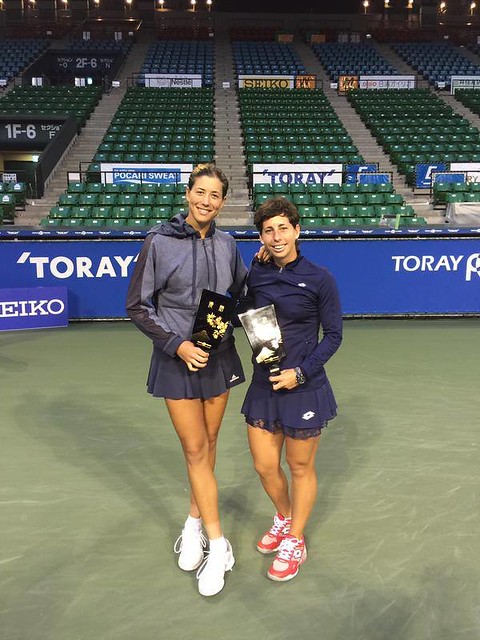