In the wake of her announcement concerning the failure of a drug test at the 2016 Australian Open, former world #1 Maria Sharapova sought to clarify some of the reporting that has followed. In a letter posted online, Masha rebuts some of the details being forwarded in the media. Here is her open letter:

To My Fans:
I want to reach out to you to share some information, discuss the latest news, and let you know that there have been things that have been reported wrong in the media, and I am determined to fight back.

You have shown me a tremendous outpouring of support, and I’m so grateful for it. But I have also been aware that some – not all, but some – in the media distort, exaggerate and fail to accurately report the facts about what happened.

A report said that I had been warned five times about the upcoming ban on the medicine I was taking. That is not true and it never happened.

That’s a distortion of the actual “communications” which were provided or simply posted onto a webpage.

I make no excuses for not knowing about the ban. I already told you about the December 22, 2015 email I received. Its subject line was “Main Changes to the Tennis Anti-Doping Programme for 2016.” I should have paid more attention to it. But the other “communications”? They were buried in newsletters, websites, or handouts.

On December 18, I received an email with the subject line “Player News” on it. It contained a newsletter on a website that contained tons of information about travel, upcoming tournaments, rankings, statistics, bulletin board notices, happy birthday wishes, and yes, anti-doping information. On that email, if a player wanted to find the specific facts about medicine added to the anti-doping list, it was necessary to open the “Player News” email, read through about a dozen unrelated links, find the “Player Zone” link, enter a password, enter a username, read a home screen with more than three dozen different links covering multiple topics, find the “2016 Changes to Tennis Anti-Doping Program and Information” link, click on it and then read a page with approximately three dozen more links covering multiple anti-doping matters. Then you had to click the correct link, open it up, scroll down to page two and that’s where you would find a different name for the medication I was taking.

In other words, in order to be aware of this “warning”, you had to open an email with a subject line having nothing to do with anti-doping, click on a webpage, enter a password, enter a username, hunt, click, hunt, click, hunt, click, scroll and read. I guess some in the media can call that a warning. I think most people would call it too hard to find.

There was also a “wallet card” distributed at various tournaments at the beginning of 2016, after the ban went into effect. This document had thousands of words on it, many of them technical, in small print. Should I have studied it? Yes. But if you saw this document (pictured below), you would know what I mean.

Again, no excuses, but it’s wrong to say I was warned five times.

There was also a headline that said, “4-6 Weeks Normal Treatment for Drug in Maria Sharapova Case.” That headline has been repeated by many reporters who fail to tell their viewers and readers what the rest of the story says. The story quotes the manufacturer of my medicine as saying: “Treatment course can be repeated twice or thrice a year. Only physicians can follow and evaluate patient’s health condition and state whether the patient should use meldonium for a longer period of time.”

That’s exactly what I did. I didn’t take the medicine every day. I took it the way my doctor recommended I take it and I took it in the low doses recommended.

I’m proud of how I have played the game. I have been honest and upfront. I won’t pretend to be injured so I can hide the truth about my testing.

I look forward to the ITF hearing at which time they will receive my detailed medical records.

I hope I will be allowed to play again. But no matter what, I want you, my fans, to know the truth and have the facts.
– Maria 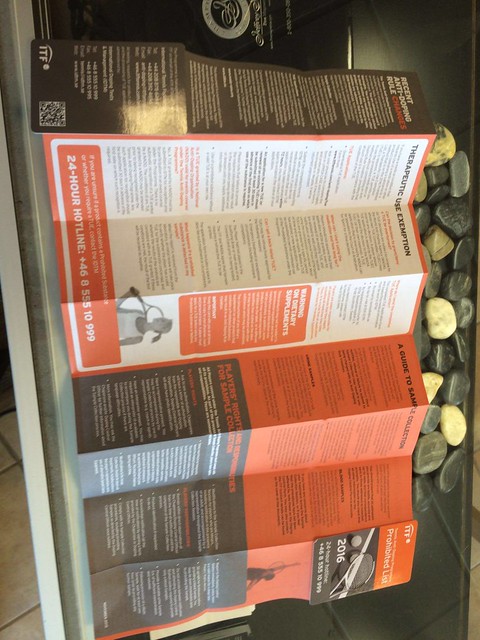 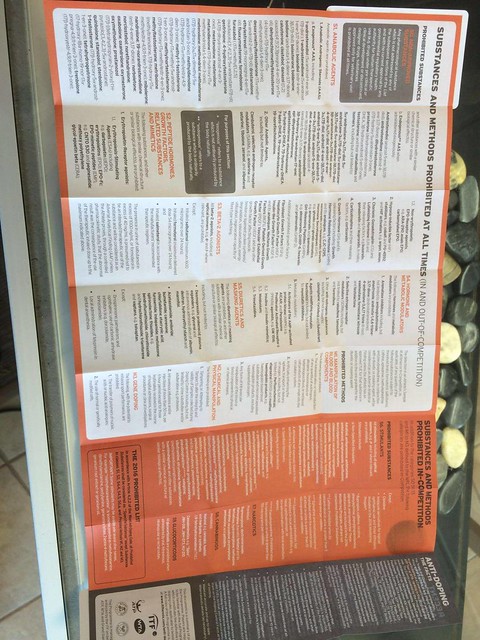