Allez les Bleues! Ok, technically speaking Kristina Mladenovic wasn’t sporting French Blue on day 3 of Roland Garros 2016. Nonetheless, she and Alize Cornet carry much of the hope of a women’s singles champion for the host nation (along with France’s Caroline Garcia). Mladenovic dismissed 2010 Roland Garros champion Francesca Schiavone of Italy, 6-2 6-4. Kiki’s win wasn’t even that close. Meanwhile, her French countrywoman Alize Cornet blew through Belgium’s Kirsten Flipkens 6-1 6-0. Honestly, both of these players could cause an upset or two…but winning the whole thing? I’d give Frenchwoman Caroline Garcia more of a chance, except that she will have her hands full with Agnieszka Radwanska on day 4. But if she gets past Aga, who isn’t at her best on clay, who knows? Maybe a Frenchwoman will be the last player standing. 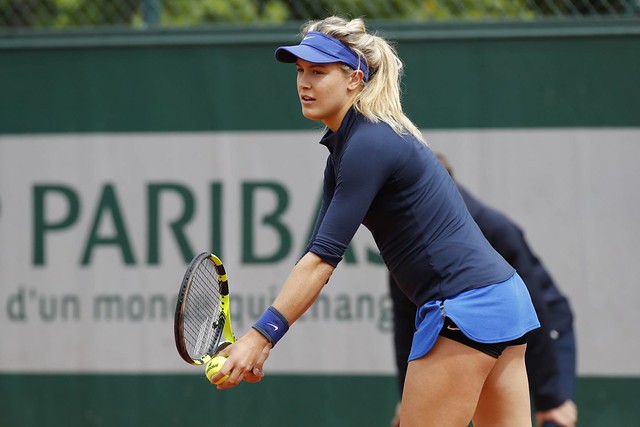 From French to French-Canadian, 2014 Roland Garros semifinalist Eugenie Bouchard opened 2016 in Paris with a 6-2 6-2 win against Laura Siegemund of Germany. Genie is showing a resurgence in her game this year. Reuniting with longtime coach Nick Saviano will be a positive for Bouchard. I haven’t heard her name as a possible darkhorse (other than from the loyal Genie Army fans), but if she can catch a break or two through the draw, it’s not an impossibility that the 22-year old could make another run this year.