In recent months WTA stars Ana Ivanovic, Dominika Cibulkova, Flavia Pennetta and Elena Vesnina have all married. So having love and marriage, all that was missing was the baby carriage. Well, not anymore. 2-time Major winner and former world #1 Victoria Azarenka had some news for her fans: 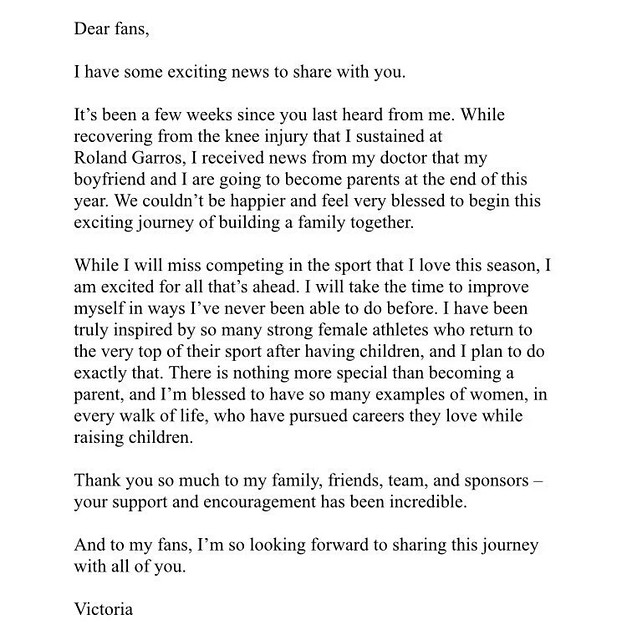 I wish Vika well and hope she and her child are healthy and happy. Kim Clijsters won 3 of her 4 career singles Majors after having her first daughter. If Azarenka wants it badly enough, I don’t see why she can’t come back.  She had possibly the strongest start of anybody on tour this season, winning the Indian Wells/Miami double to go along with a title at Brisbane. Azarenka beat Serena Williams in the Indian Wells final. See ya in 2017, Vika!