Pica Power! Playing the best tennis of her life this week in Rio, Monica Puig delivered Puerto Rico its first ever Olympic Gold Medal in any sport. In the process, she beat a 2-time Wimbledon champion (Petra Kvitova), the reigning Roland Garros champion (Garbine Muguruza) and the reigning Australian Open champion (Angelique Kerber). Her wins over Muguruza (ranked #4) and Kerber (ranked #2) represent 2 of her 3 career wins over a player in the top 10 when she played them. Named by her mother after tennis legend Monica Seles, Puig is the lowest ranked player (#34) to ever win gold in Olympic singles. Born in Hato Rey, San Juan, Puerto Rico to a Cuban-American father and Puerto Rican mother, her 6-4 4-6 6-1 victory over Kerber was cheered in both communities.

Anybody who says the Olympics don’t matter to tennis players clearly doesn’t follow the sport closely. Maybe these are the same people who only watch when A) the Williams sisters, particularly Serena, play, B) during Majors or C) A & B. Even on ESPN I kept hearing on Mike & Mike how “golf and tennis” players don’t care about the Olympics. Don’t lump tennis players, and for that matter female LPGA players, in with male PGA pros. Novak Djokovic was absolutely crushed losing to Juan Martin Del Potro in Rio. That’s just one reaction. If you watch match by match, there were so many players in tears over wins and losses here. Honestly, I’ve never said the Olympics were equal to Majors but I haven’t seen this much emotion from so many players outside of the Majors. Monica Puig was on an absolute emotional, dare I say spiritual, quest to not only medal but bring home the Gold. She didn’t try to hide it. She was completely open about what a Gold Medal meant to her, a player who had “only” 1 WTA level singles title to her name. I don’t want to say this will propel to the young 22-year old to great heights, because A) you never know how these things will turn out and B) just let her enjoy the greatest moment to date of her tennis career. But I will say that if you followed her throughout this tournament and you still think tennis players don’t cherish the Olympic experience, win or lose, then there is nothing I can say to combat obstinance. 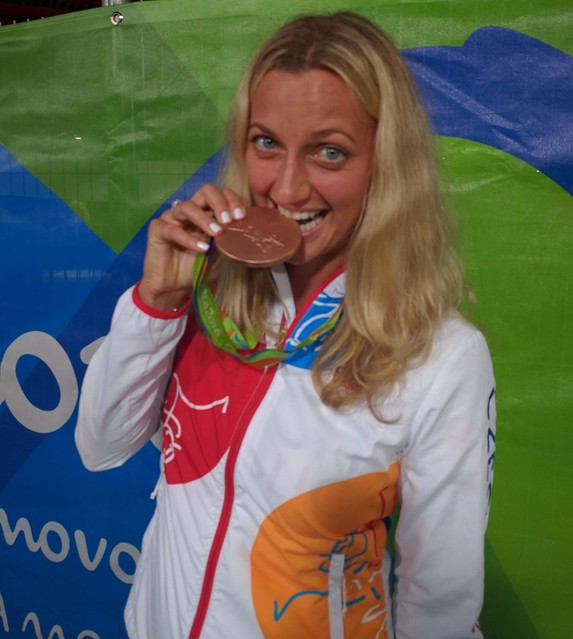 Another example of what the Olympics mean to tennis players, note the tears of joy shed by Petra Kvitova who captured the Bronze Medal match by taking down Madison Keys, 7-5 2-6 6-2. Not a Gold or Silver, she was emotional over 3rd place…which tennis players rarely are. But to leave Rio with any form of medal was cause for celebration. It’s a tough loss for my favorite player Keys. On the surface, she earns a SF finish at the Olympics, a better result than her #7 ranking. But because of the Bronze Medal match, which you don’t have at any other tournament that she plays, she ends a great Olympics with 2 heartbreaking losses. There was a time when the both players who lost in the semis where awarded Bronze Medals, but I am okay with this format even though I admit I hurt for Maddie watching her go down twice. The only consolation was that in her second loss it was to Petra, who is a real sweetheart, one of the friendliest and most liked players on tour since Kim Clijsters. Kvitova was a great friend to one of my past faves, Li Na. So while I never want to see Maddie lose, if she must then I take some solace in it being to Petra. 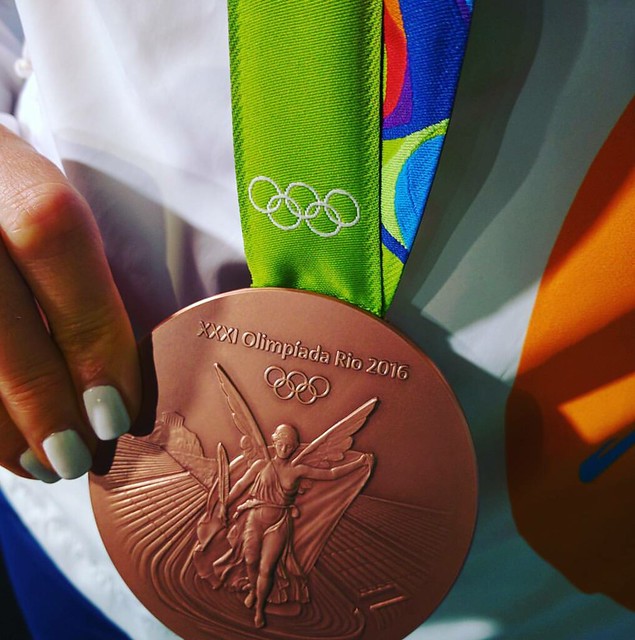