The Court of Arbitration for Sports handed 5-time Major winner Maria Sharapova one of her biggest career victories by lowering her 2-year meldonium suspension to 15 months. Keep in mind that the ITF was said to have originally wanted to deal Masha a 4-year suspension, effectively a career death sentence in singles at her age, but came down to 2 years. 15 months, as opposed to 18 months (a year and a half), means Sharapova will be back in time for Roland Garros, the year’s second Major, which she has won twice. She can return to the tour on April 26th, 2017.

The CAS found Masha to bear no “significant fault”…but some fault, which is why the suspension was not completely voided. They were of the opinion that Sharapova was open about her use of mildronate (a brand name for meldonium) and did not try to cheat. However, she failed to have her team check if mildronate was a brand name of any of the substances on the list. Keep in mind that for the years that she took this substance, it was legal…until January 2016. She claims to have not been aware of the new status of mildronate. Basically, the CAS believed her but still upheld part of the ban since it was still her responsibility to know. 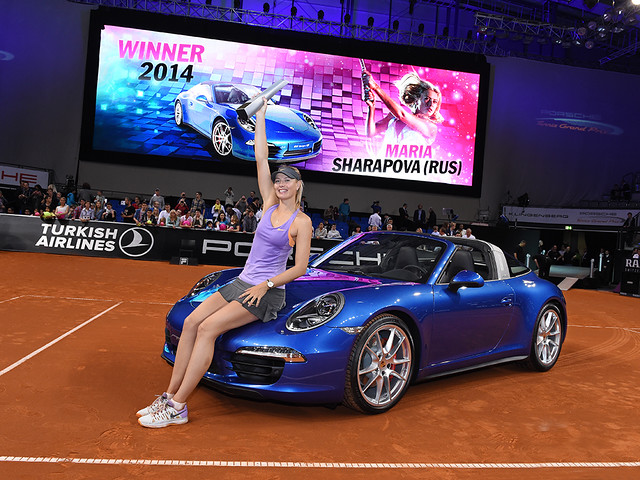 WTA CEO Steve Simon says that while Masha will have to rebuild her ranking, she will be eligible to receive an unlimited number of wildcards into events. I can’t imagine any tournament director will want to make a moral statement by denying her entry into their event. Other players, however, could be a different case. Will there be any quickie handshakes at the net…or maybe even somebody refusing to shake her hand? I had no problem with people being cross with Masha as it related to using a banned substance, whether it was inadvertent or not. What bothered me as a Sharapova fan was some people going beyond the court to talk about her personality and kick her while she was down. There was an inordinate amount of schadenfreude coming from lower ranked players that couldn’t carry her racquet bag. If Masha is even 75% of what she was before the suspension when she gets back, those lower ranked players will learn she didn’t need any help to beat them.

As so the fourth player on my current Mt. Rushmore of favorites will be coming back sooner than I hoped. Of those four, Masha, Petra Kvitova, Simona Halep and top fave Madison Keys, Sharapova is the oldest. I am happy to see her have the opportunity to come back, as the clock is running out on her time as a top player. After being gone for 15-months, she probably will lose some matches out of the gate that she normally would not. Hopefully she can start hitting her stride by the summer American hard court US Open series. Welcome back, Masha!

Not quite back in 5 minutes, but good enough! (click to enlarge)