For the fourth annual edition of my WTA and LPGA money list countdown I will focus on the dynamic dozen from each tour, the top 12 on the money lists. For the WTA, singles, doubles and mixed are combined for total earnings. Here are the #9 players for 2016: Petra Kvitova (WTA) and Brittany Lang (LPGA).

Talk about finishing the year on a roll! 2016 was shaping up to be…dare I say it…a lost year for Petra Kvitova. Myself and others have raved about her pure talent season after season, waiting for that breakthrough, that ascendency, to the top of the WTA mountain. For most of 2016, it seemed Petra was going backwards. A 2-time Wimbledon champion, she was out in the 2nd round this year at both Wimbledon and the Australian Open, and only to the 3rd round at Roland Garros. Then, slowly Kvitova started to catch some momentum, starting with a Bronze Medal finish at the Olympics. She finally reached the second week of a Major at the US Open. Then she really caught fire at the end of the year, winning in Wuhan and Zhuhai while posting a runner-up in Luxembourg. Unfortunately, her hot play came too late to qualify for Singapore…so hopefully Petra starts 2017 the way she finished 2016. If she does…and she claims being #1 in the world is still a goal…Kvitova still has time to ascend to the top of the WTA mountain. In Wuhan, she beat world #1 Angelique Kerber, then dominated Johanna Konta, Simona Halep and Singapore champion Dominika Cibulkova. The 6-1 6-1 trouncing she put on Domi in the Wuhan final was a reminder of why so many people say that when Petra is on, she is the best.

Hey, look at this! An American made my LPGA countdown list! How did that happen?! I’m being facetious, of course. It happened because Brittany Lang scored a career highlight by winning the US Women’s Open. If I’m being completely honest, overall her season probably does not rate top 10 against other players. After all, she missed the cut in 2 of 5 Majors and was not in contention in 2 of the remaining 3. But it is that last one that gave her the $810,000 winner’s purse boost that propelled her into the #9 position on the year-end money list. Bottom line is, I want to see more Americans winning on the LPGA, not just two titleists like in 2016 (Brittany Lang and Lexi Thompson). It is good for the tour to have stateside success. My perfect world would have a great mix of American and International winners. I want to see everybody be great. I also understand that’s not always how reality works out. Why did the Americans have such a down year (outside of the International Crown) in 2016? Are we just being outworked by the competition? Maybe. I don’t really know. I hear people complain that the American players spend more time on social media than practicing. Possibly, but I will say I follow Ariya Jutanugarn and other top players like Lydia Ko and In-Gee Chun on social media and they are just as active online, if not more so. Is it a transition period where our big guns, Stacy Lewis, Cristie Kerr and Lexi Thompson, regressed a little or possibly just had an off-year? I think they had decent years. Maybe it’s just that every year more great players come on tour. As those players develop into champions, it gets tougher and tougher to be top 10. Ariya, In-Gee, Brooke Henderson, Hana Jang, Haru Nomura and Minjee Lee…those are all players not in the top 12 last year on the official money list. Add in the fact that those are all players 24 or younger, and it’s not going to get any easier for anybody to crack the top 12 in the near future, American or otherwise. That said, I hope more than one American makes the LPGA side of my countdown next year. Otherwise, I might have to do like the American media and adopt Canadian Brooke Henderson.

Evian Championship with US Open trophy 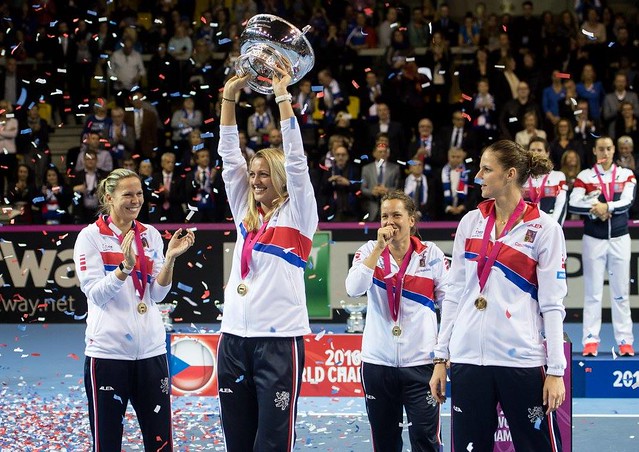 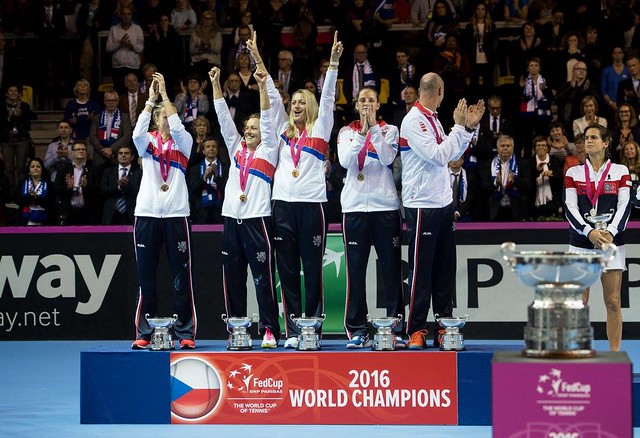 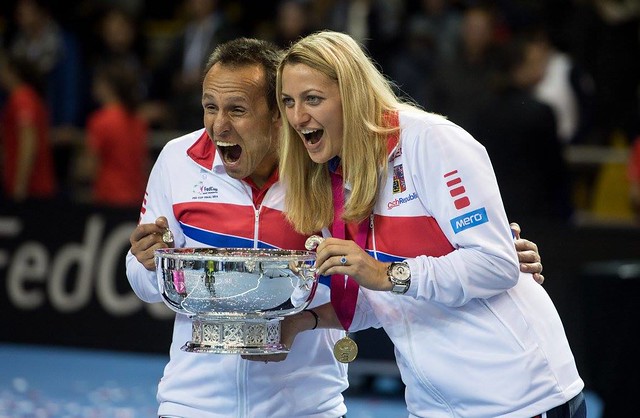 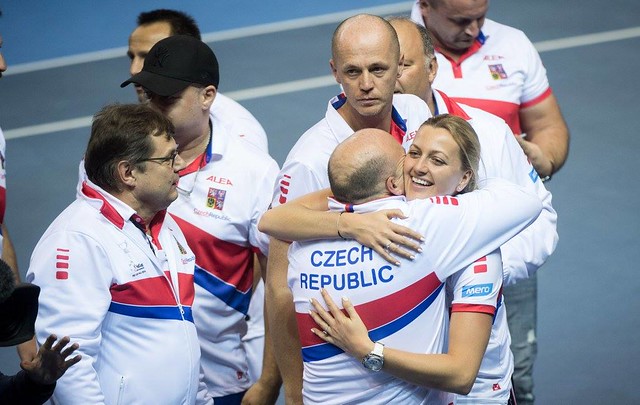 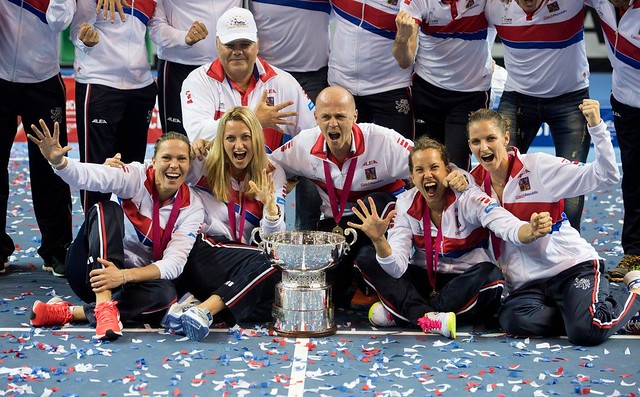 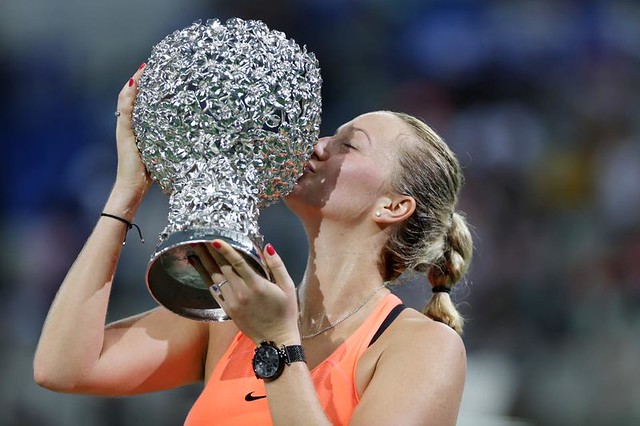 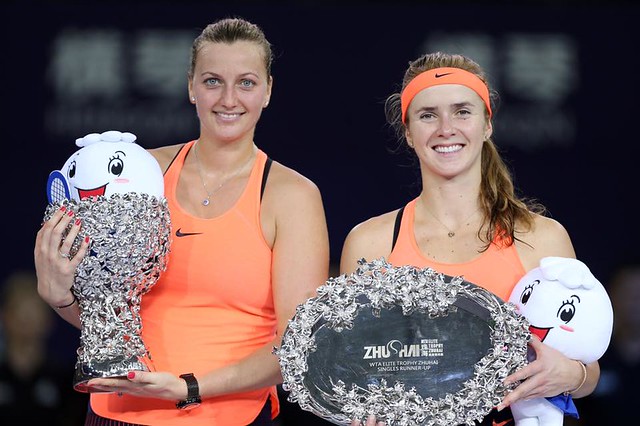 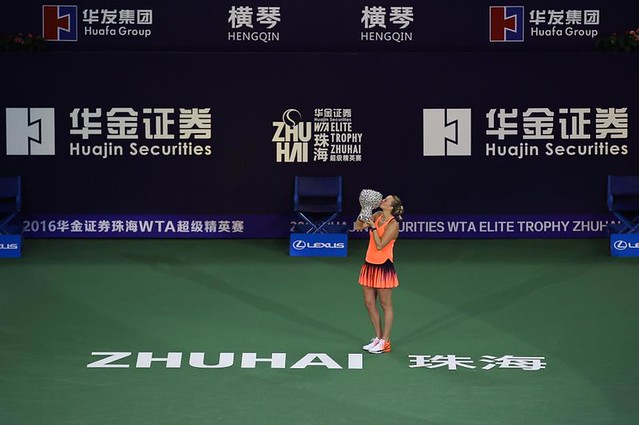 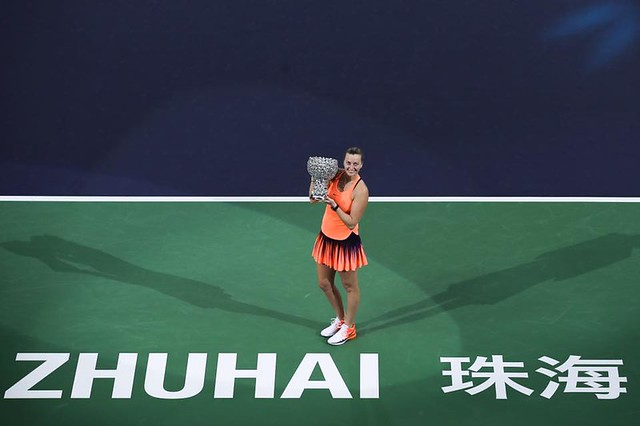 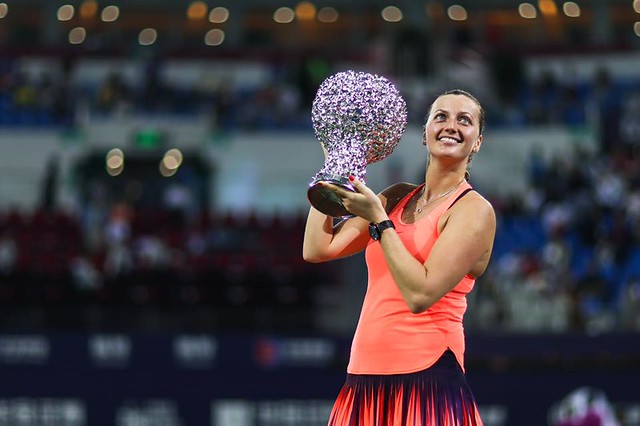 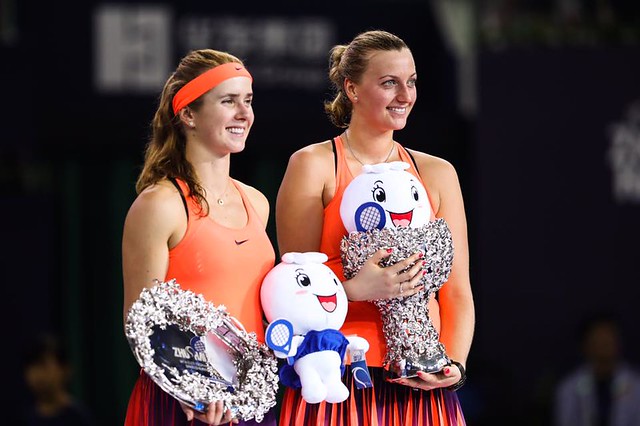 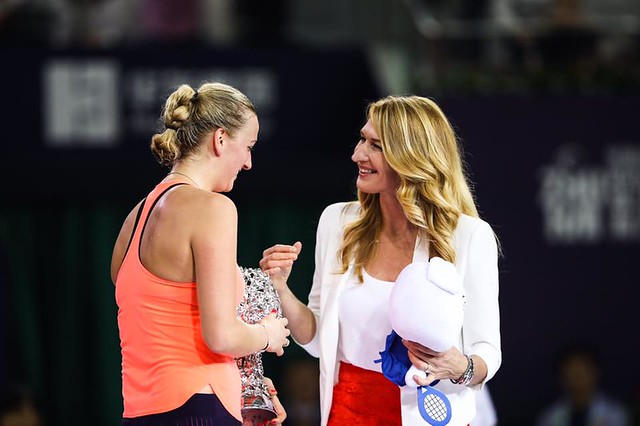 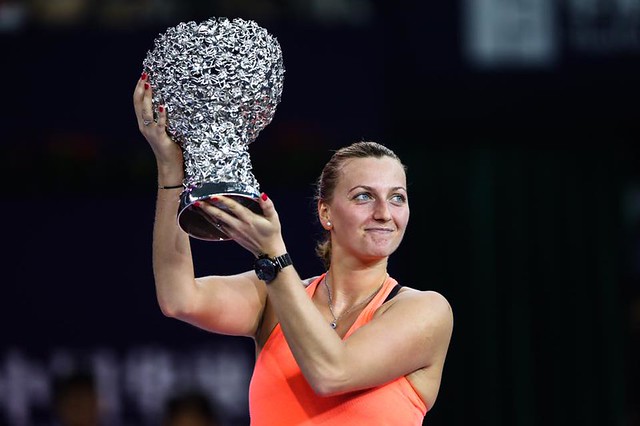 with Angelique Kerber and Monica Puig