For the fourth annual edition of my WTA and LPGA money list countdown I will focus on the dynamic dozen from each tour, the top 12 on the money lists. For the WTA, singles, doubles and mixed are combined for total earnings. Here are the #8 players for 2016: Victoria Azarenka (WTA) and Ha-Na Jang (LPGA).

Victoria Azarenka’s 2016 WTA season was like a shooting star burning a path across the sky…so brilliant and bright, then gone far too quickly. However, despite some injuries that nagged her after Miami, it wasn’t a diminishing body that stopped her high level of play. In fact, it was an addition to her body that forced her to call it a year on July 15th. That addition is another human being growing in her womb. Following Kim Clijsters and Evonne Goolagong before her, Vika is stepping away from the game to have her first child with plans on returning in 2017. Without question, having a child is far more important for Azarenka…but what a 2016 it was shaping up to be! She won Brisbane in her first tournament of the year, then pulled off the tough Indian Wells-Miami double, those two tournaments being among the most important non-Major or year-end finals tournaments. Clijsters and Steffi Graf are the only other female players to have pulled off the Indian Wells-Miami double in the same year (although to be fair, Serena Williams skipped Indian Wells for many years). In the finals of her three tournament wins, she beat then #1 Serena, current #1 Angelique Kerber and Svetlana Kuznetsova. After Miami, Vika barely played much as injuries limited her success. She retired in her first match at Roland Garros with a knee injury and withdrew from Wimbledon. She basically played healthy for 4 months and still is #8 on this list. Imagine if she had played a full healthy schedule. Instead of Angie, it might have been the year of Vika.

This should have been a year of celebration unfettered by controversy for Ha-Na Jang. After being a stellar player for years on the KLPGA, she earned her first 3 LPGA wins in 2016, was top 5 in Player of the Year points, top 5 in scoring average, hit a par-4 hole in one and led the LPGA in percentage of rounds under par. But celebration was the last thing she needed as her dance after winning HSBC caused a home country controversy. This was after Jang’s father accidentally dropped a 15 pound luggage bag down an escalator, hitting fellow Korean star In-Gee Chun and causing her not only to miss tournaments but slid Ha-Na into the final spot on the Korean Olympic women’s golf team. Compounding the issue was an apology from Jang’s father that was seen as lacking. Look, I hope that’s in the past. In-Gee went to the Olympics and won the Vare Trophy for LPGA scoring average. Leave Ha-Na Jang alone…and for crying out loud, let the lady dance, do cartwheels or anything else when she wins, which I fully expect her to do a lot more. She’s not Tonya Harding. In-Gee isn’t Nancy Kerrigan. And Jang’s dad isn’t Shane Stant. I love watching Ha-Na Jang play golf. Her spirit is infectious. What occurred was not her fault. Accidents happen. How people accept or don’t accept apologies is their choice. So long as the apology is sincere, that’s all she needed to do. 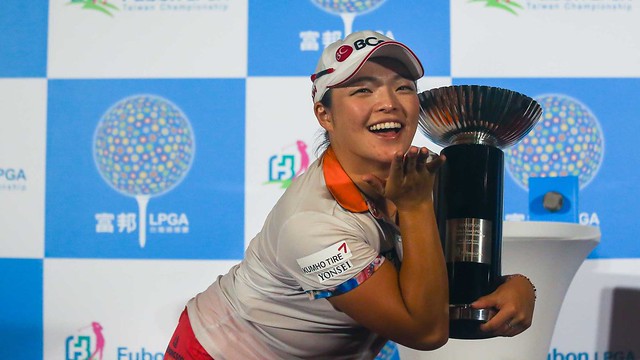 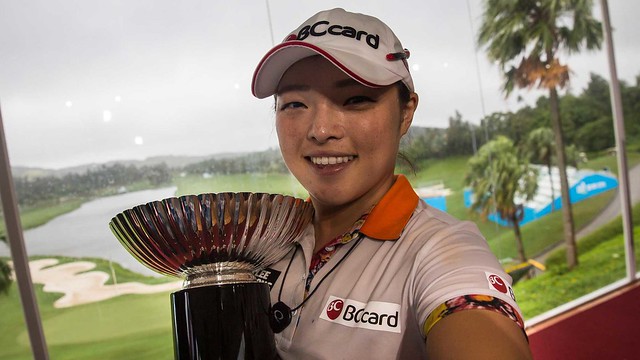 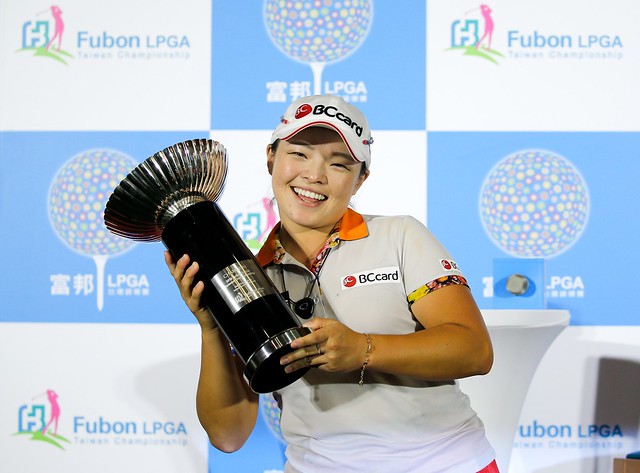