With so many sad goodbyes in the news lately, including this Star Wars fan saying goodbye to Our Princess, Carrie Fisher (and then Debbie Reynolds), it is with a bit of a heavy heart that I finally say a happy goodbye to Ana Ivanovic. Not happy in the sense that I wanted to see the 2008 Roland Garros champion announce her retirement after another injury plagued season. What I mean is that sometimes a player leaves the professional ranks and it just feels like it’s time. We, as fans, will miss the former world #1 but she seemed to already be transitioning into other endeavors with her game only a whisper of its past glory. Although only 29, her body is breaking down. The effort she would need to put in might not be worth whatever reward was in store. This former little girl who learned the game practicing in an empty swimming pool, cut sessions short to take shelter from bombs…BOMBS!…dropping in her then-war torn Serbia, surviving to one day sit on top of the women’s tennis mountain and become one of the players of her time most beloved by fans, has nothing to prove to anybody.  Thank you for your class and the thrilling play over the years. Be well, Ana. 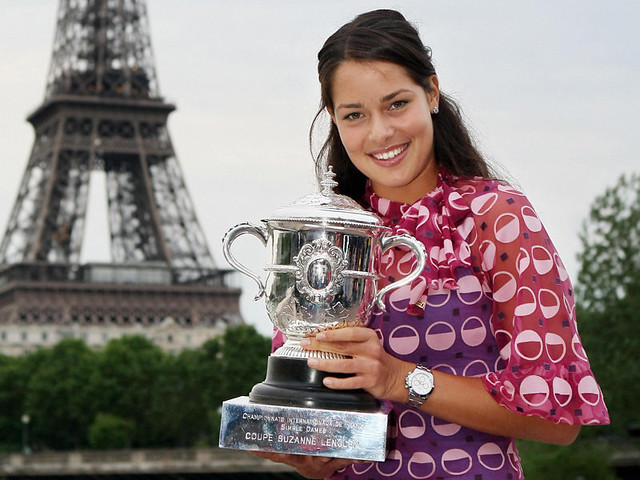