If you want to know how great Karolina Pliskova was in winning the 2017 Brisbane International final 6-0 6-3 over Alize Cornet, look no further than the comments Cornet herself made when she went to press . She called Pliskova’s serve harder to read than Serena Williams. That’s not to say Serena’s serve isn’t more explosive than Pliskova’s. It is.  What Alize means is that Karolina’s service motion, her toss and swing mechanics appear the same for enough of the shot that predicting where the ball is going is more difficult to do against her than Serena. That is one of the reasons, along with the speed and power on her serve, that Pliskova led the WTA in aces last year, even before Serena took the end of year off. Cornet also compared 24-year old Karolina’s game to Petra Kvitova…except she said Karolina actually has better hands than Kvitova. What she means is that while Pliskova can hit all of the same power shots that Petra can (Karolina as a right hander, Kvitova as a leftie), she also has the feel to hit slices, different spins, drop shots, etc better than Petra. Some might say, well of course Cornet would build Pliskova up after such a lopsided loss…it makes Cornet not look as bad. But I don’t think Alize is doing that. She is one of the few players that can say they beat Serena twice in the same season. Cornet has had success against Williams. I am going to take her at her word.

Let me also congratulate 23-year old Lauren Davis and 20-year old Katerina Siniakova on their maiden WTA singles titles. Lauren Davis defeated up and coming Ana Konjuh, 6-3 6-1, to win the ASB Classic in Auckland, New Zealand. With Serena and Venus Williams both in the draw, most people probably thought there would be an American winner…just not Lauren Davis. But Madison Brengle upset Serena and Venus withdrew after her first round match. So well done by Lauren getting the American women in the winner’s column the first week of the year. In Shenzhen, China Katerina Siniakova of the Czech Republic prevented it from being two American winners in week one by taking out Alison Riske of the United States, 6-3 6-4, in the Shenzhen Open final. However, I am very happy to see Alison in another final. Not only that, she also beat the #1 seed in Shenzhen, Agnieszka Radwanska, en route to the final. All praise to Siniakova on this day, as well. That’s two Czech singles winners in the first week of the season, Siniakova and Pliskova. One last comment. I have been very pleased with the coverage provided by BEIN Sports Channel of the WTA and ATP this week. I had watched a few tennis events on BEIN last year, but with them expanding their coverage of tennis, particularly the WTA…it’s been amazing. 6 hours plus of tennis on most nights…not from a Major, from regular tournaments…which are so important to the game. The Majors tend to dominate everything. I loved watching the coverage on BEIN. It was well done, and I hate to say this…unlike some American based networks…and I am American, but I want to be fair to all players…the announcers calling the matches didn’t openly favor one player over the other. If you have the BEIN Sports Channel on your cable line-up…find the scheduled time in your area for the WTA  and flip over to check out some great tennis coverage. 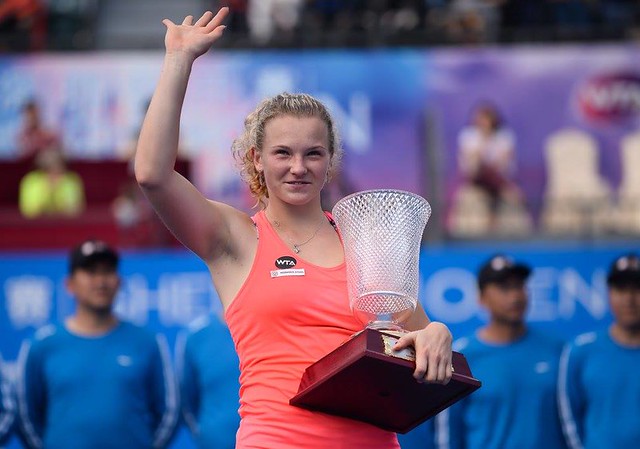 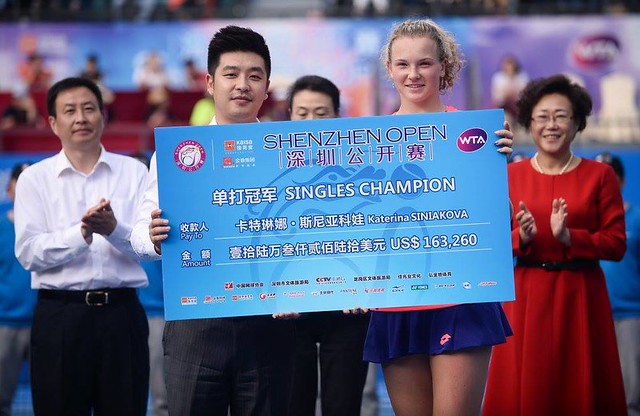 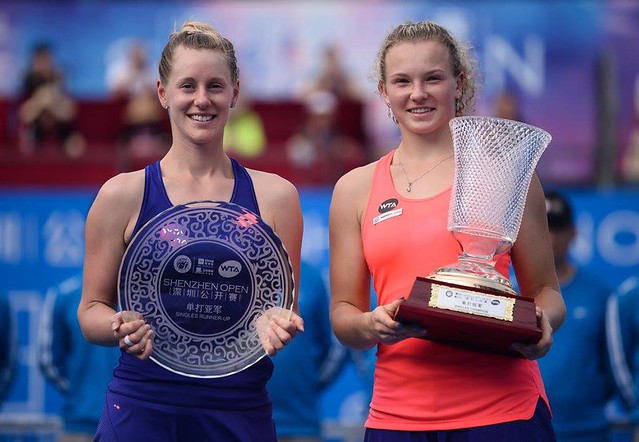 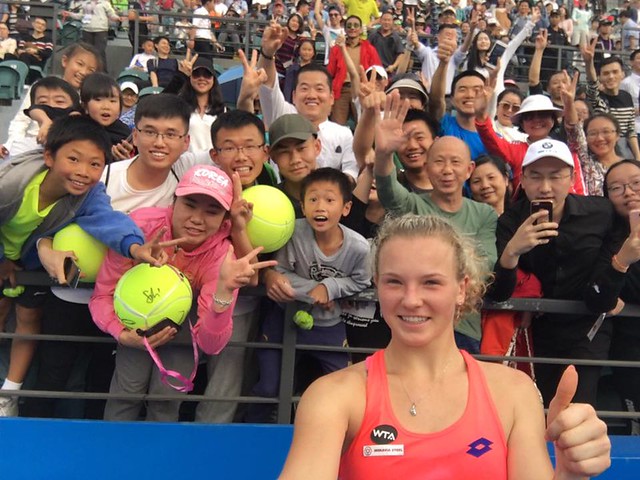 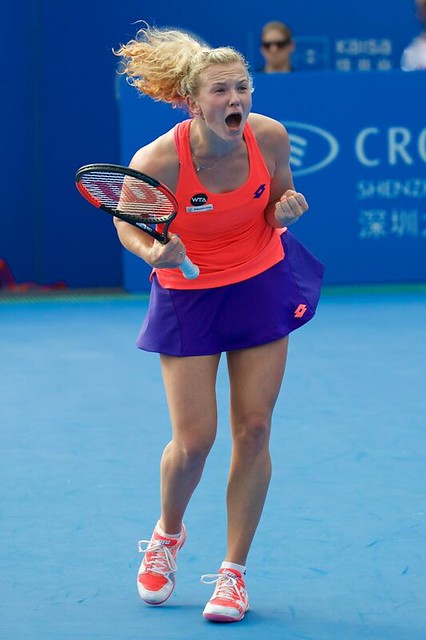 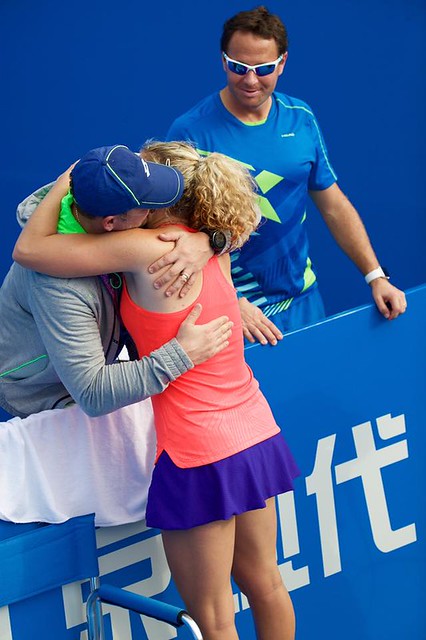 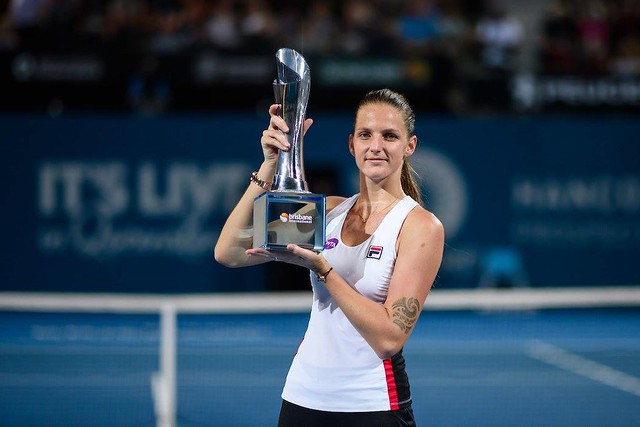 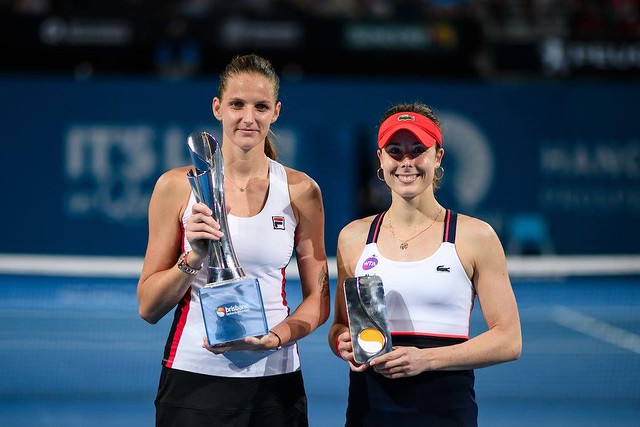 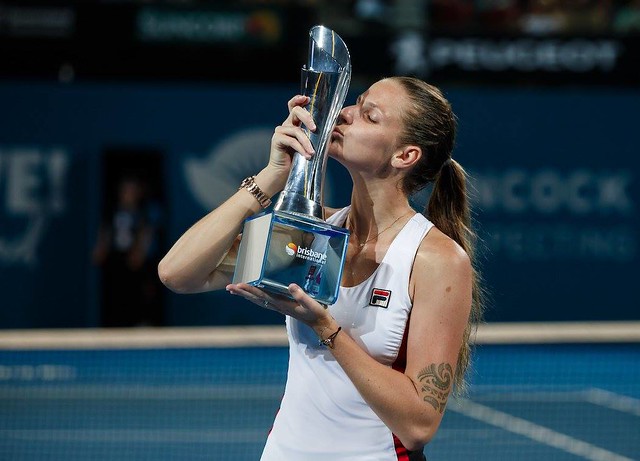 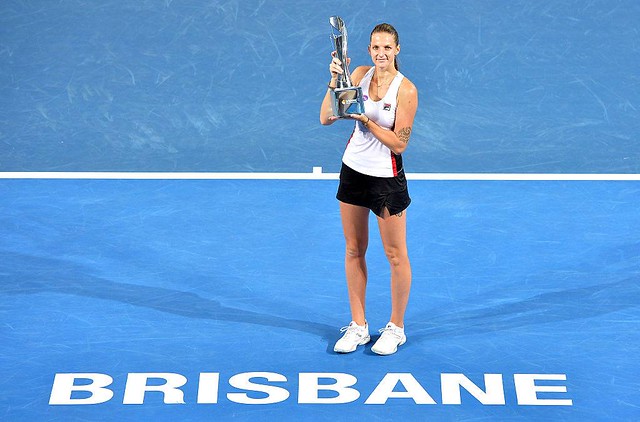