For the 2018 edition of my WTA and LPGA money list countdown I will focus on the top 10 from each tour, as determined by the money lists. For the WTA, singles, doubles and mixed are combined for total earnings. Here are the #10 players for 2018: Kiki Bertens (WTA) and Jin-Young Ko (LPGA).

Awards: WTA Most Improved Player of the Year

It was a career best year for Kiki Bertens in 2018. The Dutch star won 3 singles tournaments, including her first ever Premier (Charleston) and Premier 5 (Cincinnati) titles. In Cincinnati, Kiki went through a gauntlet of ace players (Wozniacki, Svitolina, Kvitova and Halep) to win the trophy. She also reached the quarterfinals of Wimbledon for the first time.

At 26, Kiki might be going into some very prime years. I’m sure that many people didn’t have her on their radar going into 2018. With all the success she had this season, including a semifinal appearance at the year-end Singapore finals, she definitely should be one of the players people talk about going into 2019. If there is one area where I would like to see Kiki move forward it’s at Majors. The QF at Wimbledon was fantastic. Can she start having consistent late tournament results at the big 4? It’s a huge challenge. There are so many great players to have to go through to reach those final rounds. But if the 2018 season is any indication, Kiki looks poised to take on that challenge. 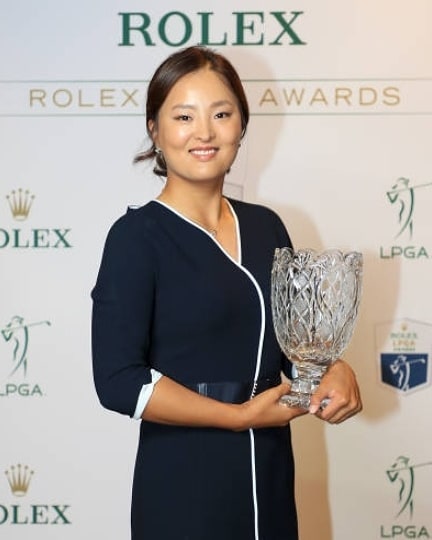 Awards: LPGA Rookie of the Year

If Kiki Bertens’ big year surprised people on the WTA, the same cannot be said for the stellar year had by the LPGA’s Jin-Young Ko. She came into her rookie year on the tour having already been a 10-time winner on the KLPGA (Korean LPGA). The last win she had there was the 2017 KEB-Hana Bank Championship, a co-sponsored event between the KLPGA and the LPGA. By winning, she was able to take advantage of automatic LPGA membership in 2018, which she did. And she did not disappoint, immediately living up to the hype by becoming only the second LPGA player to win their first title in their first event of their rookie season. Jin-Young took home the trophy at the 2018 ISPS Handa Women’s Australian Open (or Australian Women’s Open, if you prefer). She bested 2nd place Sung-Hyun Park, the 2017 LPGA Player of the Year and Rookie of the Year, by 2 shots.

Although she did not win another title on the LPGA tour this season, let’s be fair to Jin-Young and every player out there. The increased depth on the LPGA makes it difficult for anybody to reel off the kinds of seasons players like Annika Sorenstam, Inbee Park and Lorena Ochoa did in seasons past. Also, for all of her ability Ko was still a rookie, So for her to have a win, a runner-up at the HUGEL-JTBC LA Open, tie for 2nd on tour with 13 top 10s, finish at 3rd in scoring average while missing a lone, single, solitary cut…there are very few players on the LPGA tour who wouldn’t trade their season for that one. I can’t wait to see what she does in 2019.