For the 2018 edition of my WTA and LPGA money list countdown I will focus on the top 10 from each tour, as determined by the money lists. For the WTA, singles, doubles and mixed are combined for total earnings. Here are the #9 players for 2018: Petra Kvitova (WTA) and Lexi Thompson (LPGA).

There are some players that when they succeed, there is nary a bad word to be said about them from friend or foe. Even fans of other players engage in a collective cheer. Petra Kvitova is one of those players. I don’t mean to sound patronizing at all, but when she wins you just feel like giving her a hug. The Czech superstar had another great year, winning 5 singles titles, including a third Mutua Madrid Open.

So why on earth does it feel like Petra underachieved in 2018? Well, let me state that she in fact DID NOT underachieve. Five titles is five titles. However, those five titles were all won in the first half of the year. It was a tale of two seasons. Kvitova looked unbeatable, as she often can, for  much of the first six months going 5 for 5 in finals. Then the second half of the year saw her reach no more finals. Since she won Wimbledon in 2014, Petra has reached only 2 quarterfinals in Majors. She was ousted twice in the first round of Majors this year, including Wimbledon which she has won twice. And while she qualified for Singapore, she lost all three of her round robin matches. Make no mistake, it was a FANTASTIC year for Petra. Some players won’t win 5 titles in their careers, much less in one season. It was just that her wins came so front-loaded in 2018 it FEELS like she was less successful than she actually was. 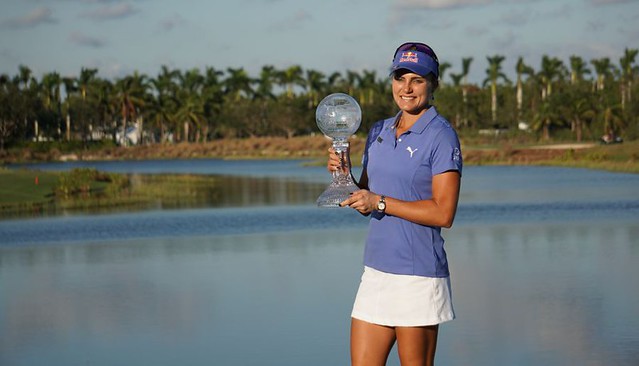 In some ways, Lexi Thompson is the opposite of Petra, in that how 2018 ended for her was an incredible high note, wiping out some of the disappointment and doubt of the preceding months. Again, like Petra it’s all relative. Lexi was having a season that for most players would be great. But maybe for the high standards Lexi has, it wasn’t measuring up. She took some time off. Then she came back and still wasn’t prime Lexi…until the year ending CME Group Tour Championship.

With that season ending win in one of the biggest tournaments on the LPGA tour, there has to be a lot of hope for a huge 2019 from Lexi Thompson. She has Player of the Year/Hall of Fame type talent. And she is only 23. Because she started on tour at a young age, one can forget that despite all the time she has been competing as a professional she should have a lot of career left. Also, maybe starting so young and being at this a long time necessitated a little mid-season break to recharge her batteries. Don’t be surprised in 2019 if Thompson is among the top 3 or 4 players vying for Player of the Year honors.

One thought on “Fairways and Forehands 2018 WTA and LPGA Top 10 Year In Review: #9 Petra Kvitova and Lexi Thompson”