For the 2018 edition of my WTA and LPGA money list countdown I will focus on the top 10 from each tour, as determined by the money lists. For the WTA, singles, doubles and mixed are combined for total earnings. Here are the #1 players for 2018: Simona Halep (WTA) and Ariya Jutanugarn (LPGA).

Simona Halep went into 2018 with unfinished business in Paris. In 2017, she was up a set and 3-0 on Jelena Ostapenko before falling in three sets in the Roland Garros final. That result denied Simona her first Major title. It was her second Roland Garros final, having lost to Maria Sharapova in 2014. More than any other Major (she also was runner-up at the 2018 Australian Open), it is Roland Garros that most tennis fans expected Halep to win eventually. And win Roland Garros she did. The 2018 Roland Garros final was another three setter, but this time Simona was able to best Sloane Stephens for the title.

Simona would add a Rogers Cup title and Western & Southern runner-up to her Roland Garros title and Australian Open runner-up. Finishing the year as world #1 and WTA Player of the Year was the finishing touch on a superb season. The only thing I worry about moving forward is the dissolution of her coaching partnership with Darren Cahill. At the end of the day, the player does the playing and deserves the overwhelming share of the credit. However, it seems that Cahill had a way of connecting to Halep mentally. She still has her talent and work ethic so she should be able to stay at or near the top of the WTA mountain as long as she doesn’t give in to those moments where she comes down too hard on herself. 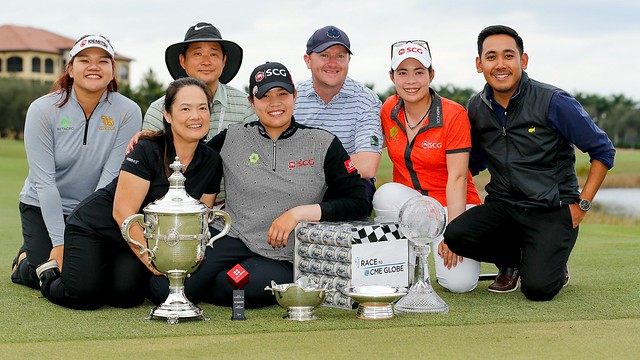 I am so happy that the last athlete on my year end top 10 list is Ariya Jutanugarn. Being half-Thai myself, I couldn’t be happier. I considered not even writing anything about her season…just listing all the awards she swept and posting a picture of me smiling from ear to ear. But seriously…what a season. Player of the Year. Vare Trophy. Money List. CME Globe. Annika Major Award. Even the inaugural LEADERS Top 10. And on top of all that, adds the biggest tournament in women’s golf, the US Women’s Open, to her trophy case.

At 23, factoring in her 10 wins, 2 Majors and all the awards she won both in 2018 and 2016, the World Golf Hall of Fame is a real possibility. She has to keep winning for a few more years. I am not expecting another awards sweep in 2019. That’s too much to ask. It’s not just sweeping the awards themselves. It’s also all the statistical categories she swept to get there. She finished the year ranked #1 in sub-par holes, rounds in the 60s, birdies, rounds under par, scoring average, putts per GIR, total rounds. She was also 2nd in eagles and 3rd in putting average. I can’t imagine all of that will be duplicated in 2019. I would just like to see Ariya be a multiple tournament winner again and inch closer to the Hall of Fame. 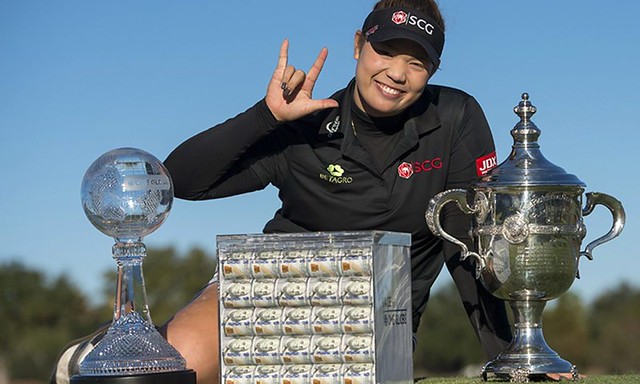