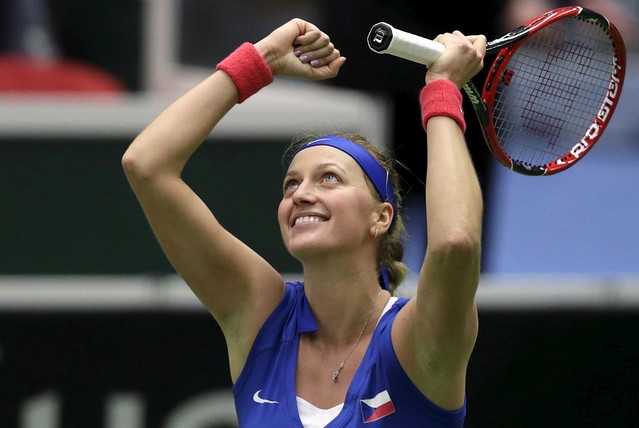 After being inactive since February citing physical exhaustion, Petra Kvitova made a triumphant return to the tennis court by leading the Czech Republic past France in the 2015 Fed Cup World Group Semifinals. After Lucie Safarova gave the Czech squad a 1-0 lead by winning the opening rubber, Petra followed with wins over Kristina Mladenovic and Caroline Garcia in rubbers 2 and 3 to clinch victory. The final match score was 3-1 Czech Republic because they skipped the meaningless fourth singles rubber and played the equally meaningless doubles rubber, won by France. Kvitova will seek to lead her team to their fourth Fed Cup title in five years, following wins in 2011, 2012 and 2014. 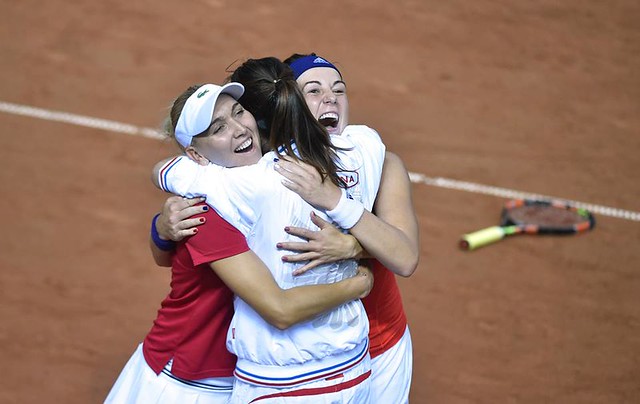 To earn that fourth title in five years, the Czech Republic will have to defeat Russia in the Fed Cup World Group Finals. All congratulations to Russia, especially with Maria Sharapova pulling out of their match-up against Germany with an injury. I must question Germany’s strategy. Admittedly, they had four very good players in Andrea Petkovic, Angelique Kerber, Sabine Lisicki and Julia Goerges. But the big guns are Petkovic and Kerber. Angie is coming off a big tournament championship at the Family Circle Cup. I know Goerges and Lisicki are capable of big wins…Lisicki has been in the final of Wimbledon, after all…but they are less consistent than Petkovic and Kerber. Germany gave all four players a singles rubber, leading off with Goerges and Lisicki. They both lost. Russia also had a former Wimbledon finalist on their active squad, not including the injured Sharapova, in Vera Zvonareva. However, they went with the players who were playing best in singles in Svetlana Kuznetsova and Anastasia Pavlyuchenkova. Before they knew it, Germany was down 0-2 and needing to win every rubber to pull it out. They finally went to their big guns on day 2 of play and were rewarded as Kerber and Petkovic blew out Kuznetsova and Pavlyuchenkova. Andrea only lost 3 games to Kuznetsova. Angie only lost 1 game in blowing out Pavlyuchenkova, 6-1 6-0. If they had just started with Kerber and Petkovic on day 1 they probably win and advance to the final against the Czech Republic. Instead, it all came down to the doubles rubber, with Elena Vesnina teaming up with Pavlyuchenkova to take on Petkovic and Lisicki. It would be too little, too late. Russia’s Elena Vesnina is a doubles ace who has had a lot of success with partner Ekaterina Makarova. Vesnina showed her doubles prowess in taking down the German team and propelling Russia to the Fed Cup Finals. 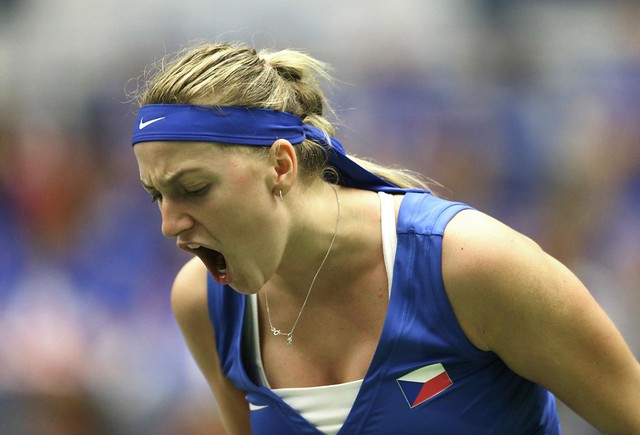 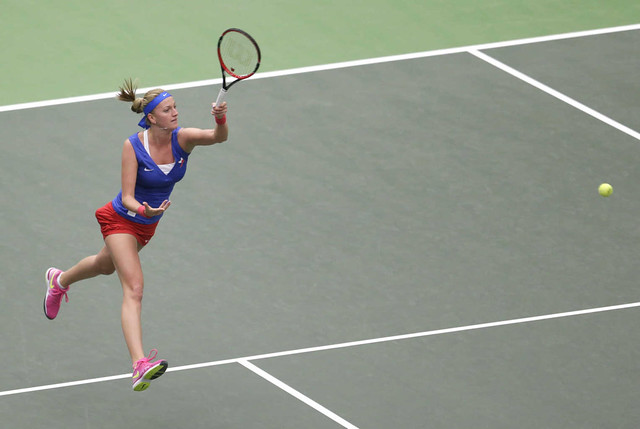 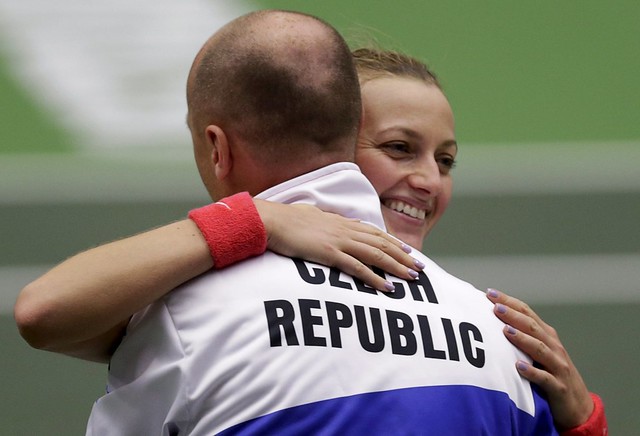 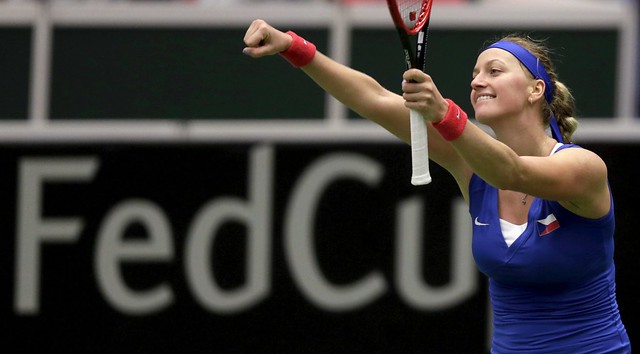 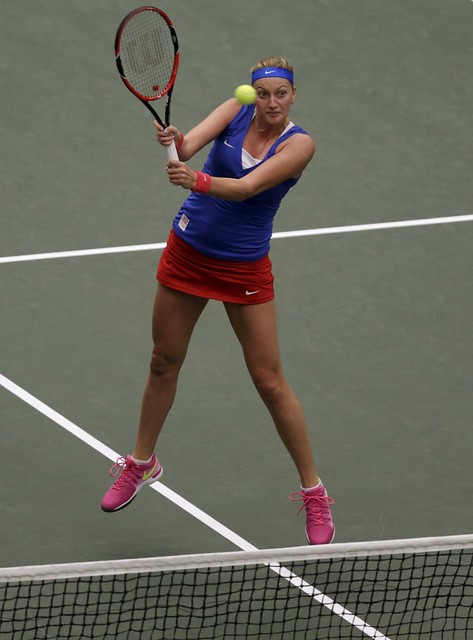 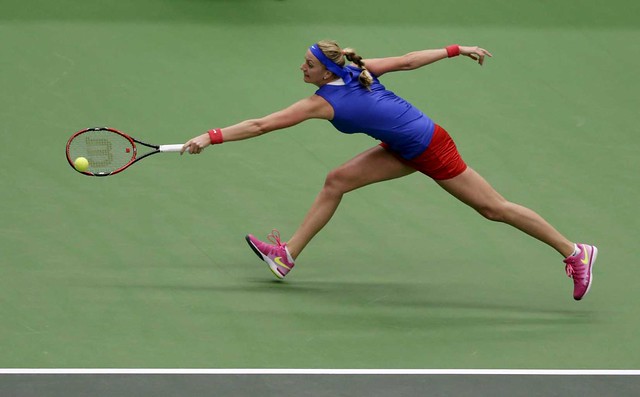 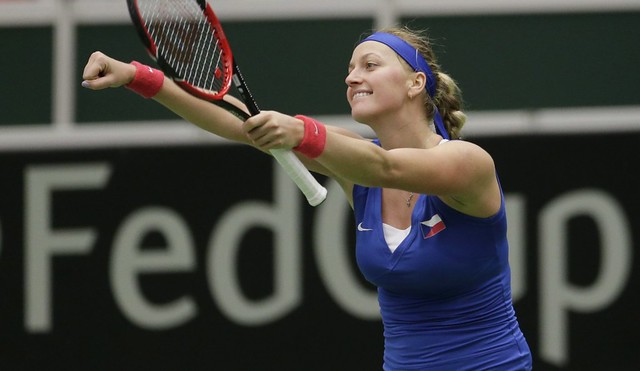 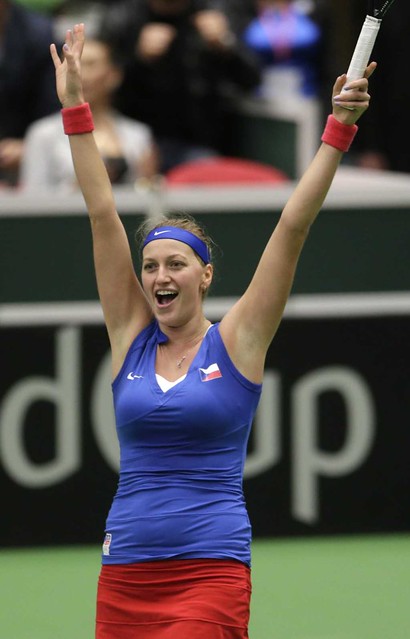 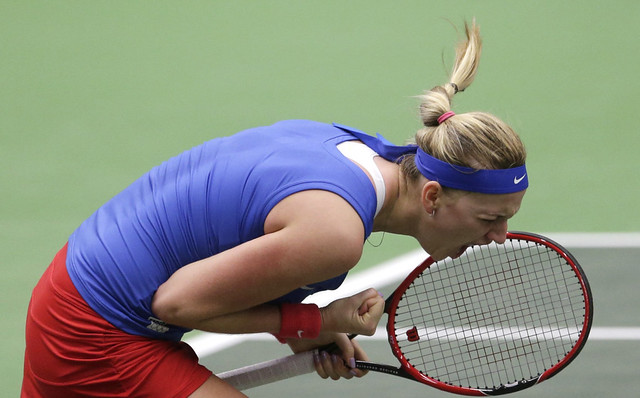 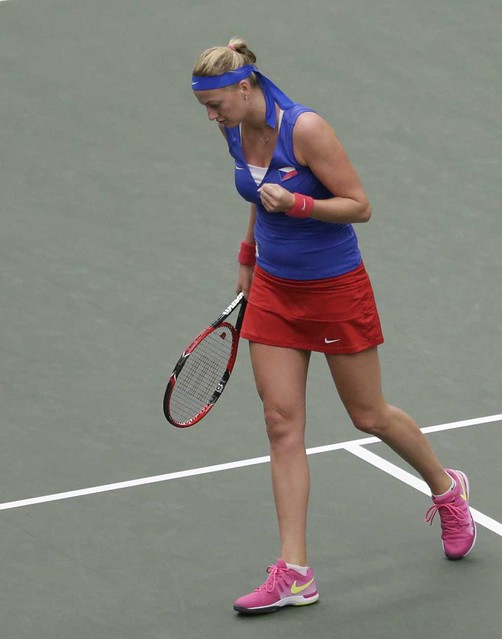 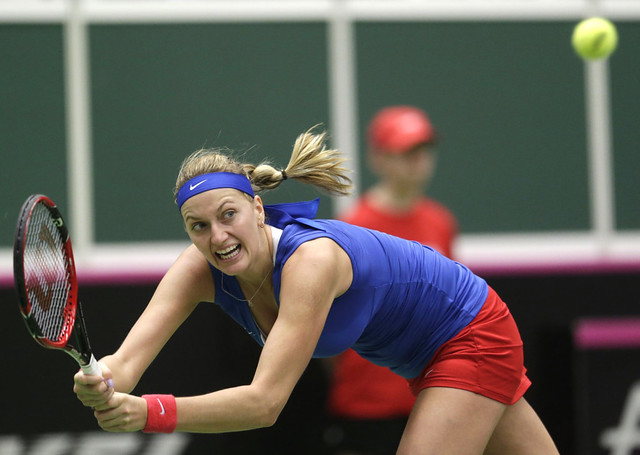 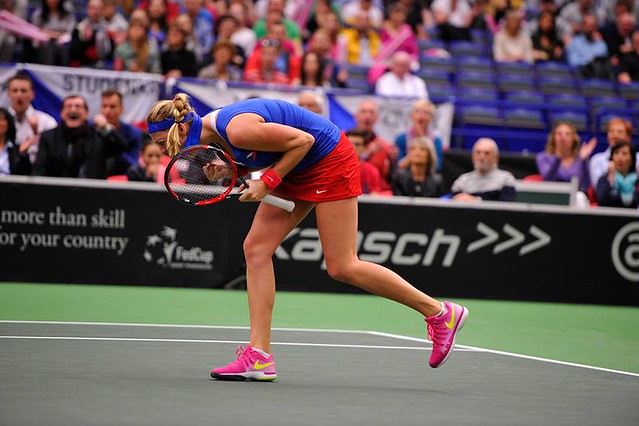 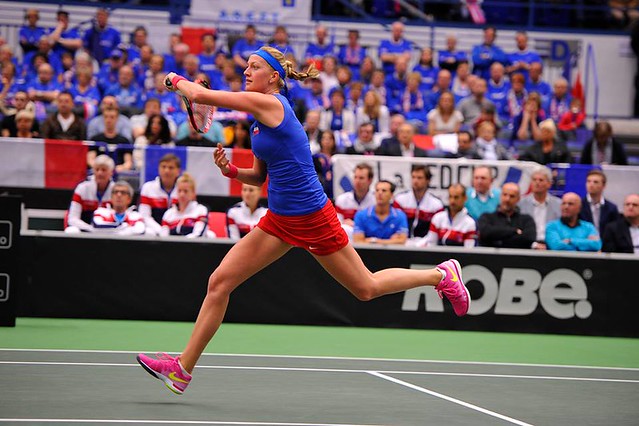 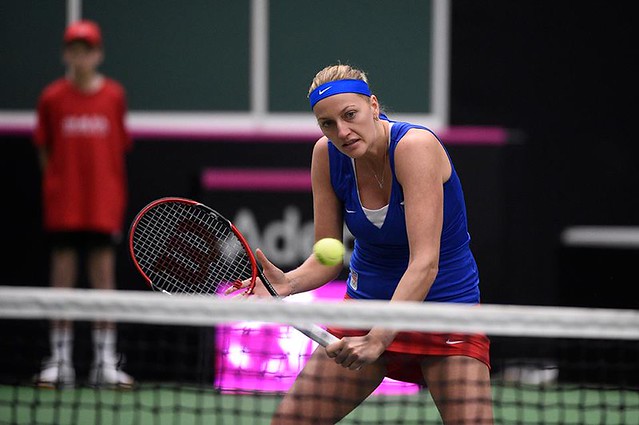 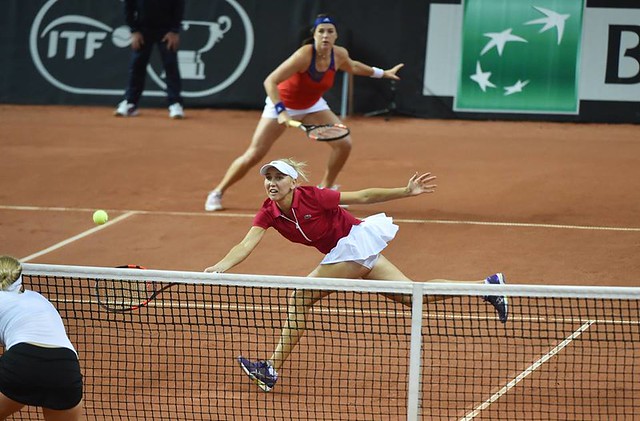 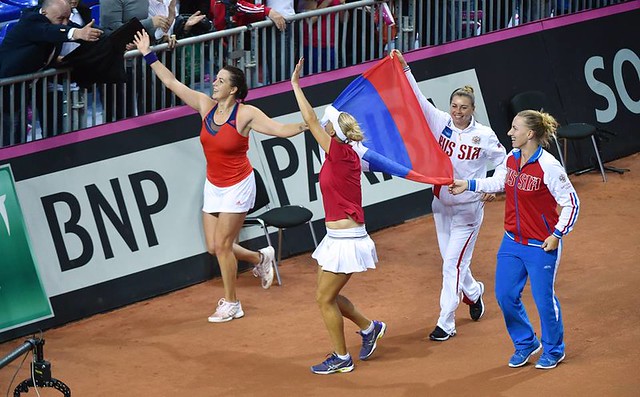 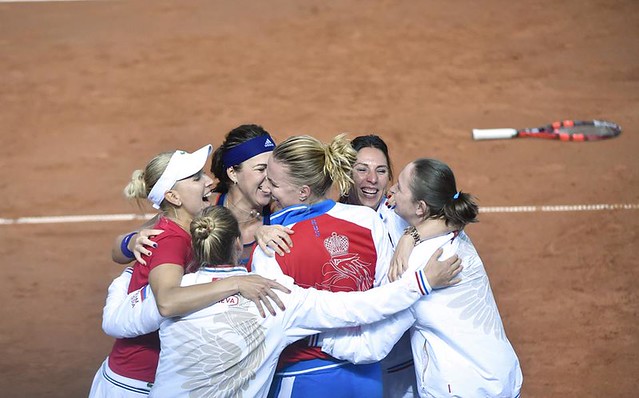 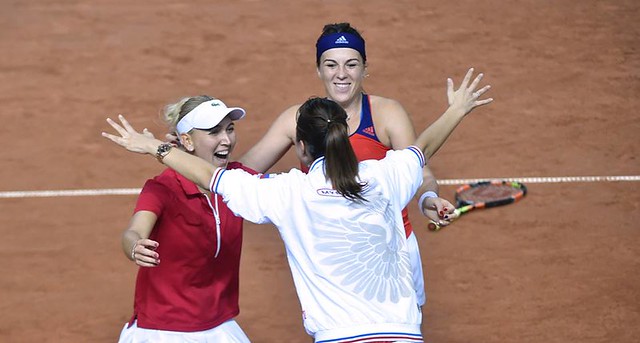 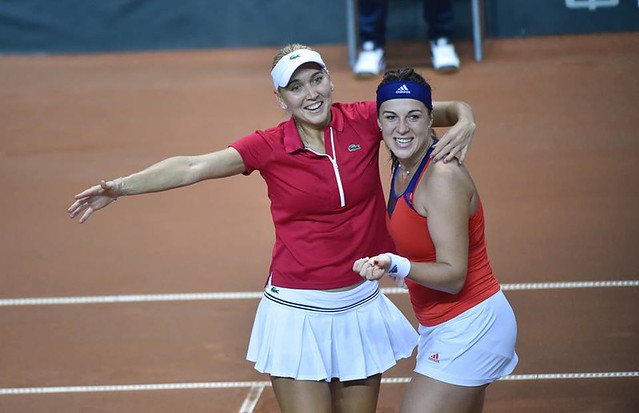 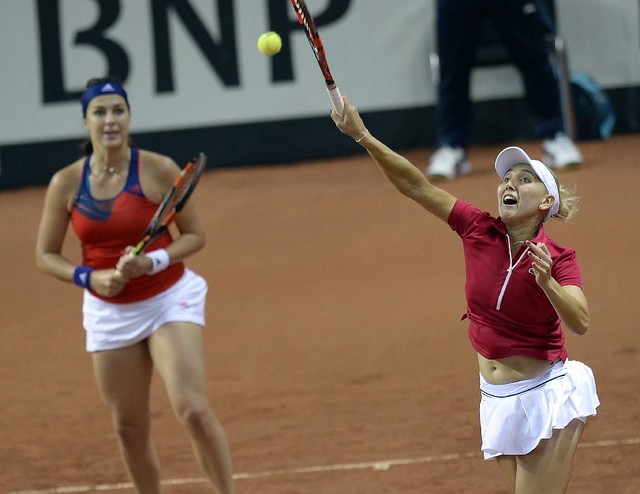 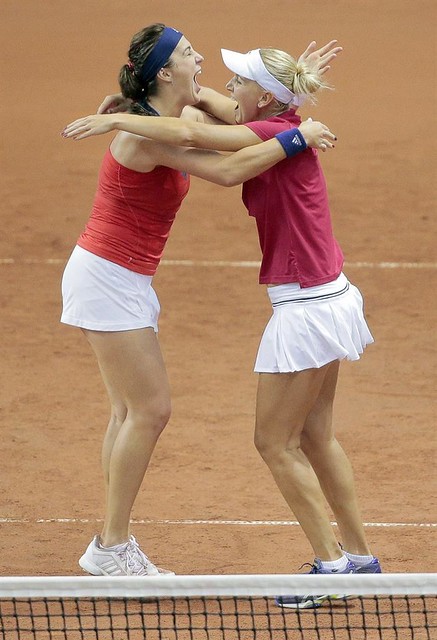 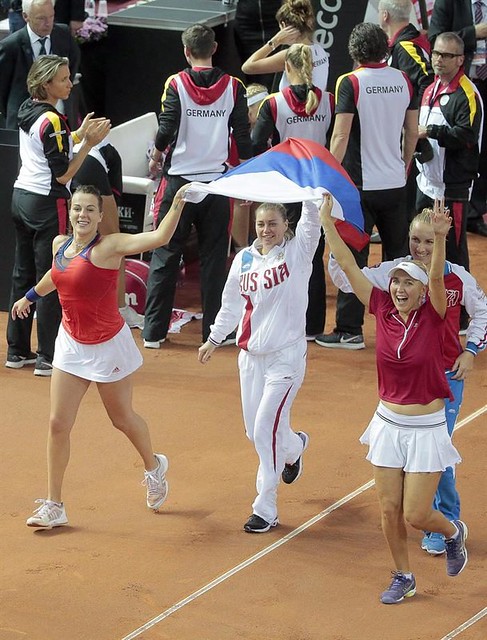 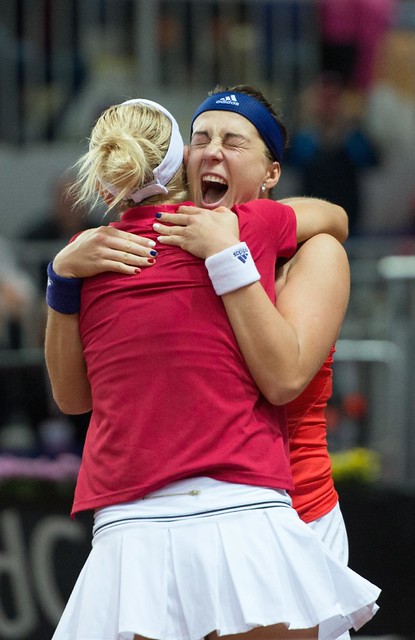