Kangsy! I’ve been a fan of Soo-Yun Kang since she was a 20-something player on the United States-based LPGA. Back in 2005, it was a great thrill to see the Fashion Model of the Fairways win the Safeway Classic…and have to lift a ridiculously HUGE trophy: see it here. Since playing full-time on the LPGA of Japan (JLPGA), Kangsy has made a pretty decent living, finishing between 17th and 38th in various years making between 200,000 to 400,000 USD along the way. Now 40 years young, she earns her 2nd JLPGA win at the 2016 Suntory Ladies Open. This is Soo-Yun’s first title in 3 years, following her victory at the 2013 Studio Alice Ladies. I wrote about that tournament here: Soo-Yun Kang Wins 2013 Stanley Ladies Golf Tournament.

Similar to Porani Chutichai’s win last week on the JLPGA, Soo-Yun Kang raced out to an early lead and then had to fend off a charge from the field. A first round 4-under 68 had her 2 shots behind co-leaders, and Kangsy’s fellow South Korean countrywomen, Bo-Mee Lee and Ha-Neul Kim at 6-under. Soo-Yun exploded in round 2 with an 8-under 64 that left her at 12-under, 4 shots north of her closest competitor, Ha-Neul Kim at 8-under. Anybody who follows golf is quite familiar with the scenario of somebody going way low early, but then seemingly being stuck on par the rest of the way. Kangsy recorded 13 birdies and 1 bogey in rounds 1 and 2 combined. For the final 2 rounds she had 2 birdies and 3 bogeys combined. The remaining holes were all pars on her way to 11-under overall. She still had a 3 shot lead after 3 rounds, but she was nearly chased down by reigning Serena Aoki, Yumiko Yoshida and JLPGA Player of the Year Bo-Mee Lee, who came 1 shot shy of forcing a playoff at 10-under. Lee was at 11-under but bogeyed the final hole. I am a fan of Bo-Mee but she has won a ton of times in recent years. For today, I celebrate Kangsy, an all-time favorite of mine, coming out on top. 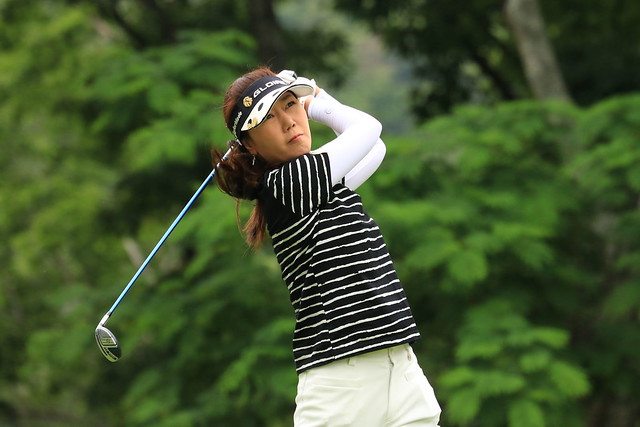 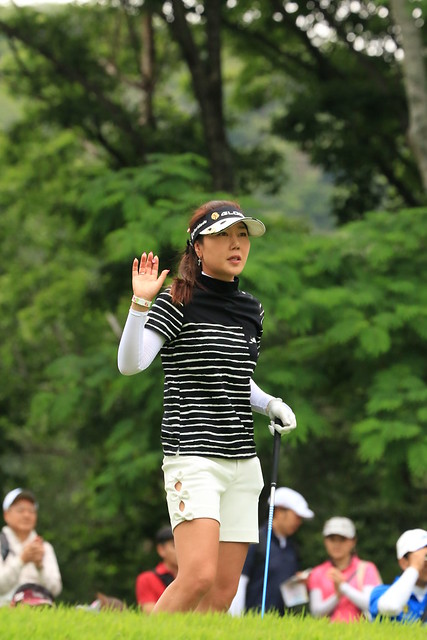 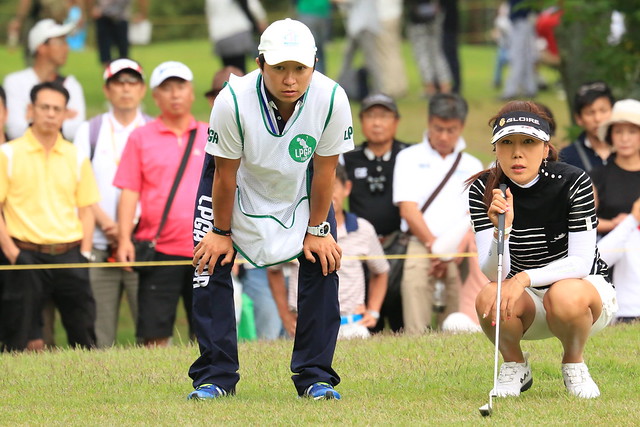 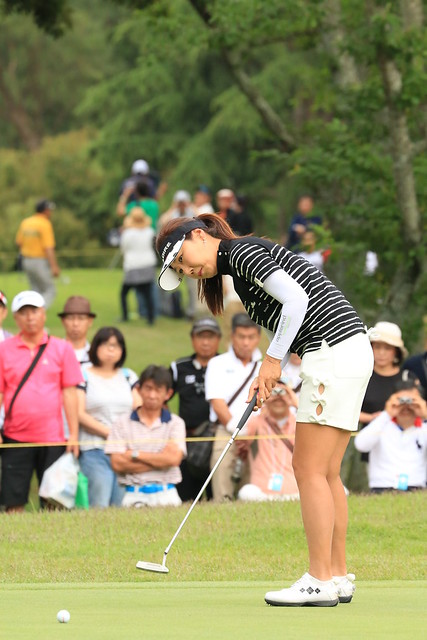 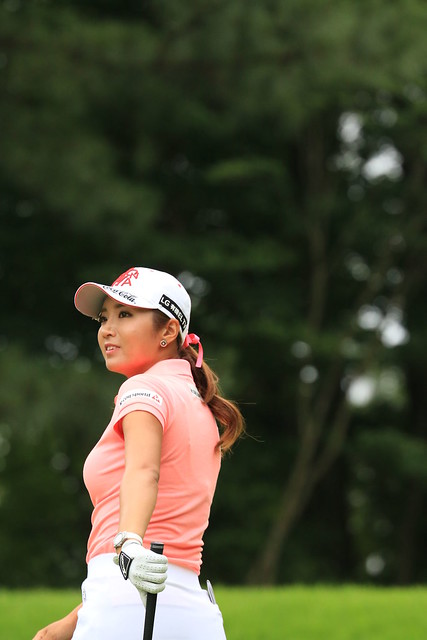 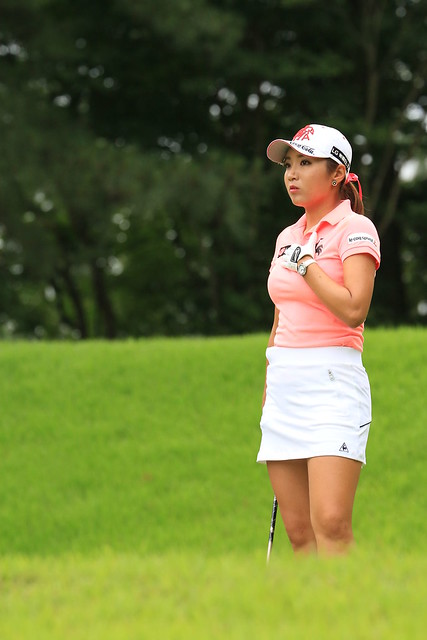 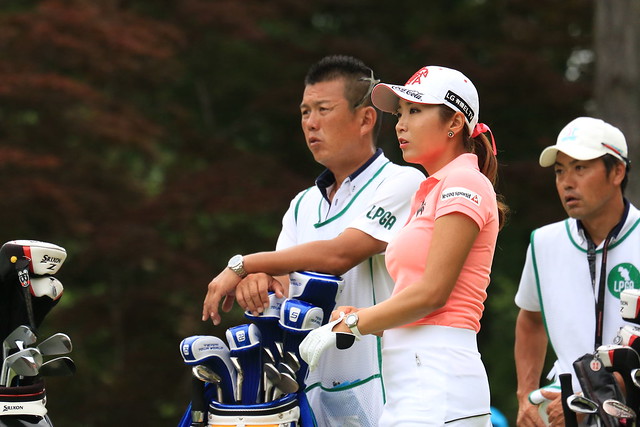 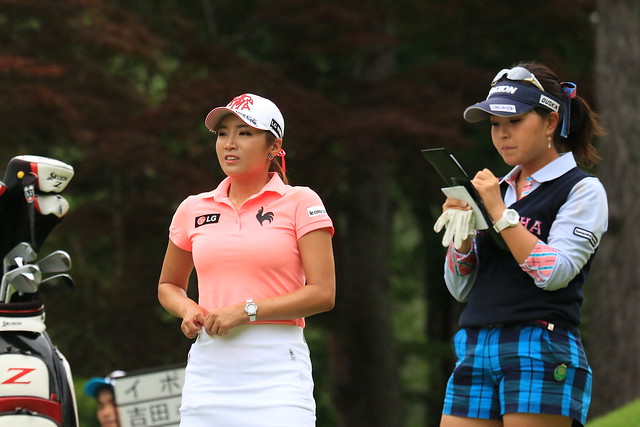 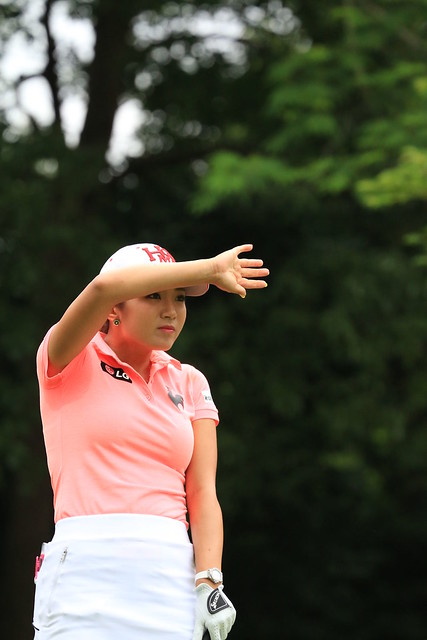 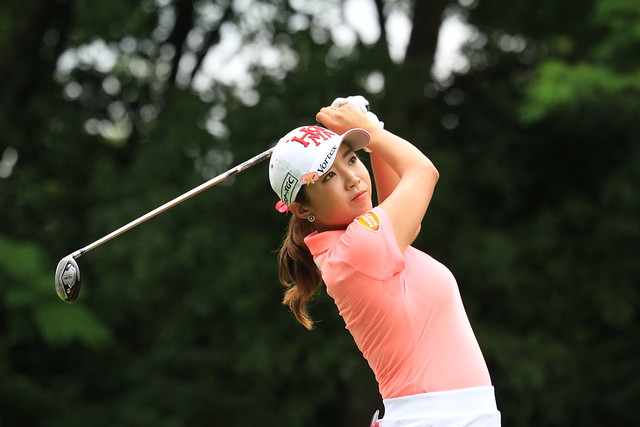 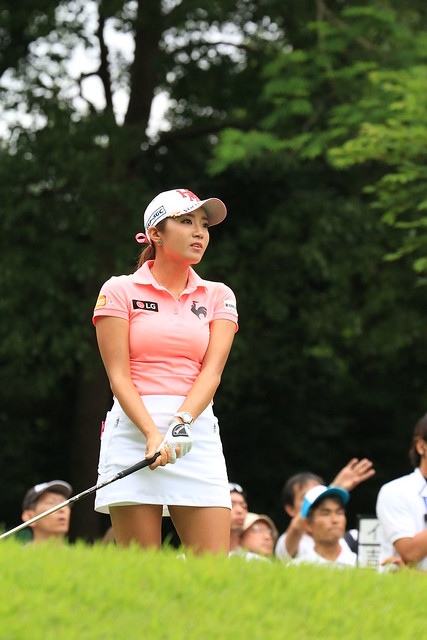 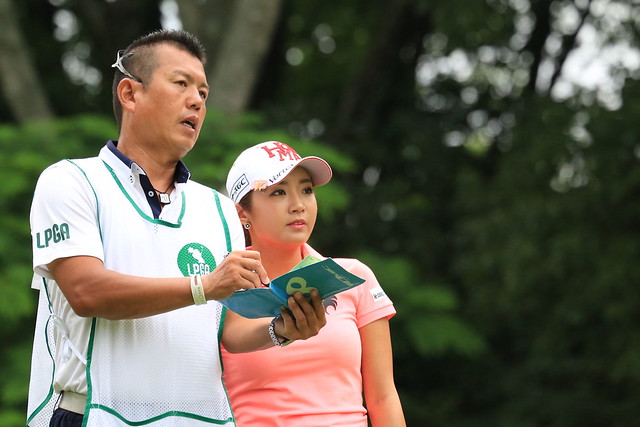 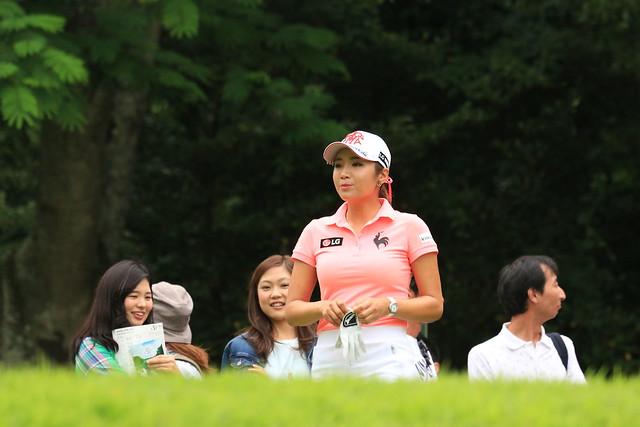 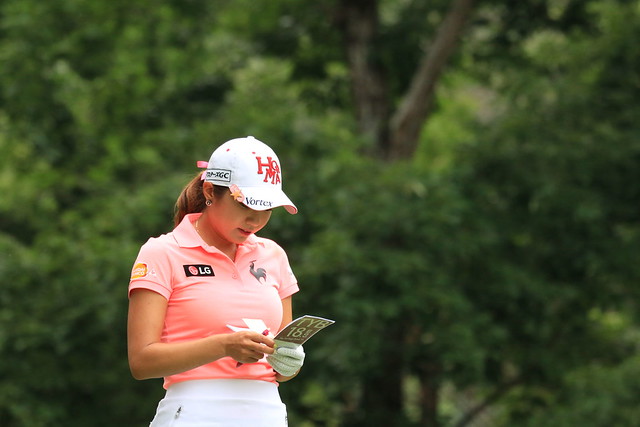 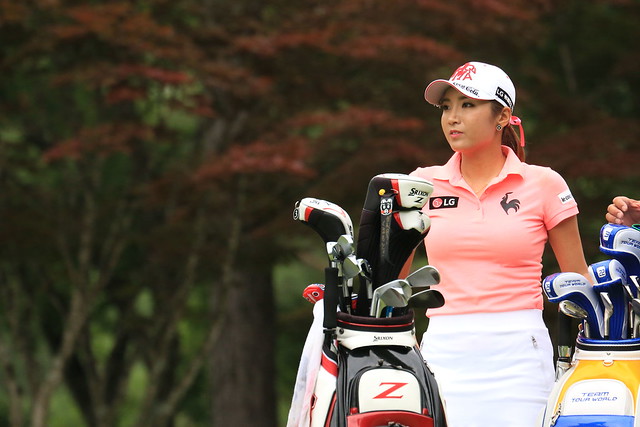 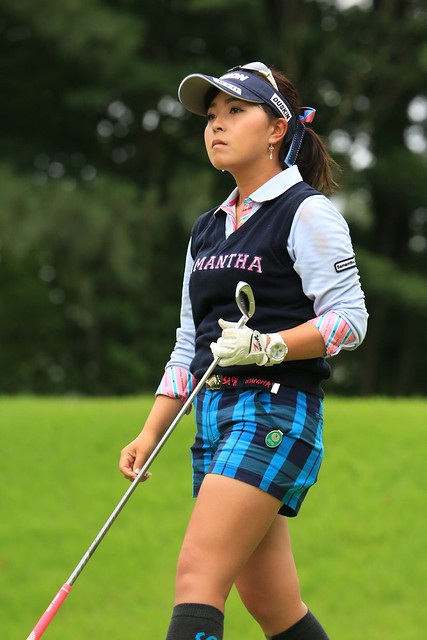 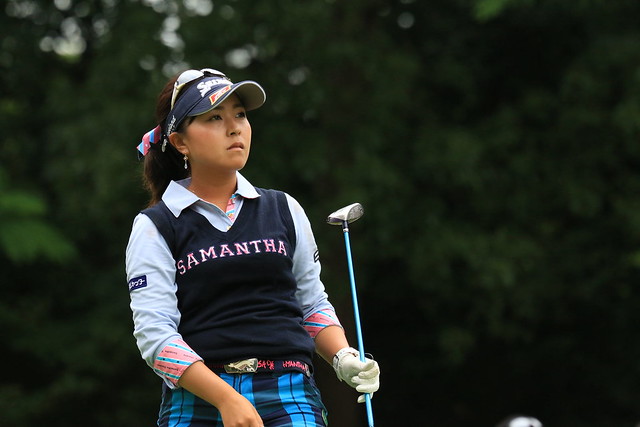 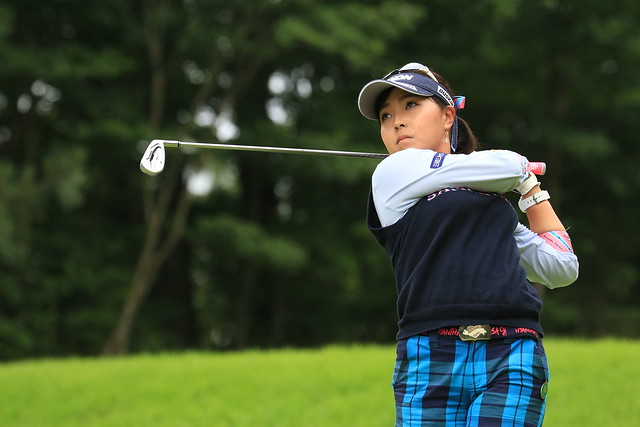 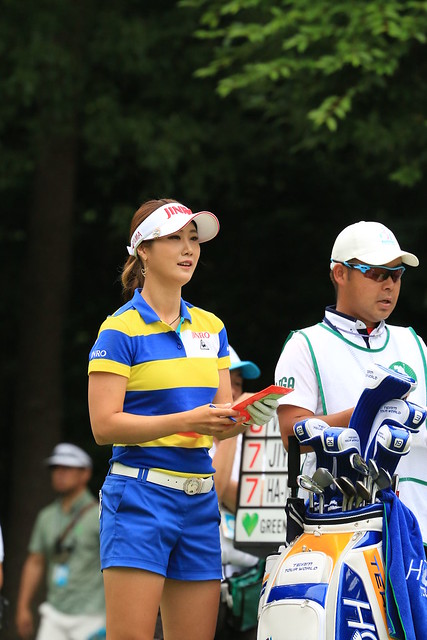 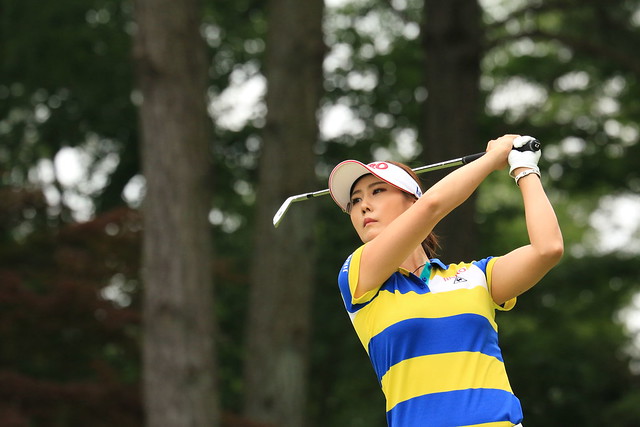 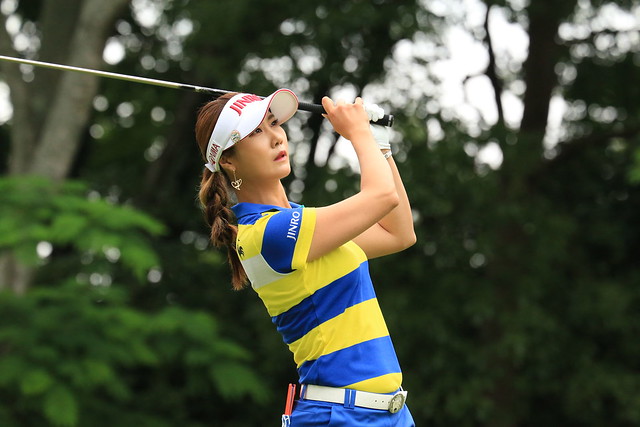 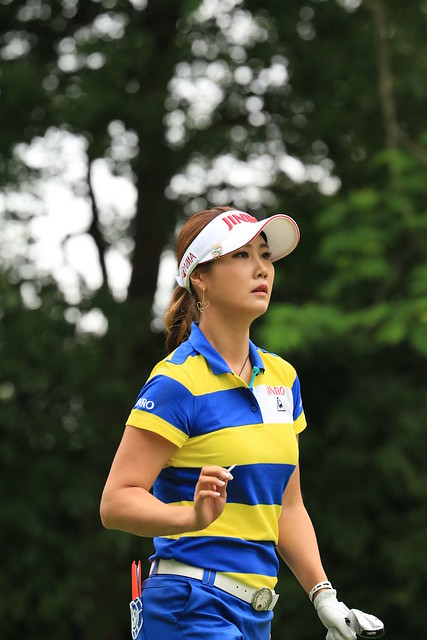 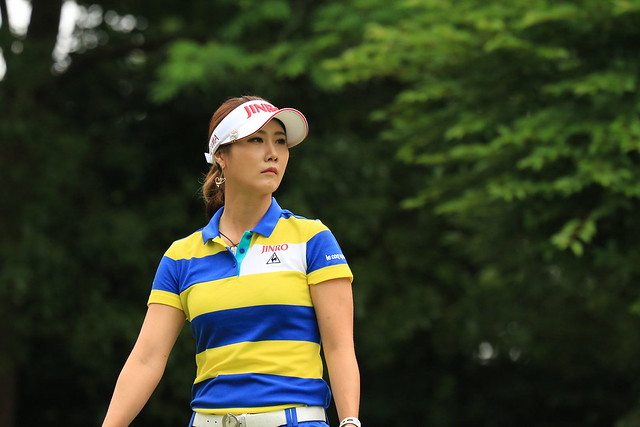