With apologies to Thomas Wolfe, apparently you can go home again. In a storybook scenario, Michelle Wie returned to the comforts of her native Hawaii to win the 2014 LPGA Lotte Championship presented by J Golf. It wasn’t just a crowd rooting for the hometown hero. Watching how naturally and affectionately Michelle interacted with patrons it felt like she is truly beloved by her fellow Hawaiians. She is a part of them and they embrace her without reservation.

Michelle (-9) would need that support going into the final round. She trailed Angela Stanford (-13) by 4 shots. In her last event, the Kraft Nabisco Championship, Wie was unable to mount a charge against Lexi Thompson. But this time, perhaps the fact that Angela had a significant advantage allowed Michelle to play with more ease and relaxation. That seemed to be the case as she birdied her first hole of the day and soon thereafter had back to back birdies on 5 and 6. After a bogey on 8 by Stanford, Wie had quickly pulled even with her Solheim Cup teammate at 12-under. However, they were not alone as rising South Korean phenom Hyo Joo Kim also sat at 12-under. Angela and Hyo Joo would fade on the back 9 as Michelle played possibly the most assured golf that she has demonstrated in some time on the final 9. She found birdie on 12, 13 and 16. By the time she bogeyed the 18th, matters were already decided. The graduate of Stanford had bested the woman named Stanford on this day. 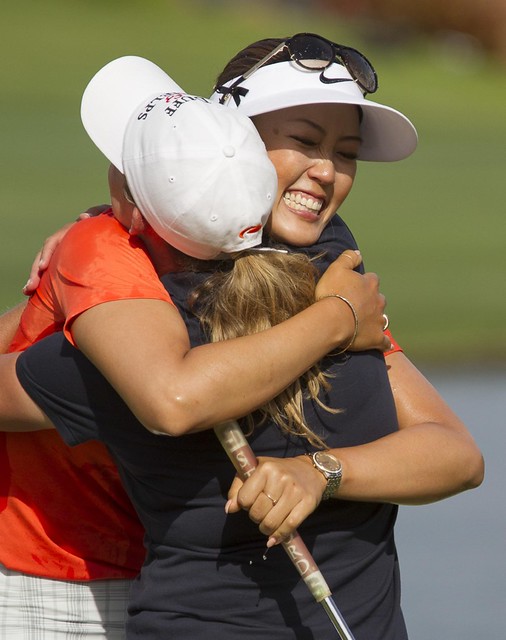 For mainstream sports fans who don’t pay attention to the LPGA, it might seem like a sudden revival of Michelle’s game. That would be inaccurate, to say the least. LPGA fans could see this one coming. After a period of struggling with her game, things started to click at the end of 2013. In some ways, Wie fans didn’t want last year to end just as she was starting to find her groove. It turned out to be the best thing for Michelle. In the off-season she spent time in Hawaii without even touching a golf club. Critics can say what they want about Wie…and trust me, they do…but she seems to have a very balanced approach to living and loving life. When the 2014 LPGA season started, she looked refreshed and energized. Through her first 5 tournaments she had 2 top 10s, including a 4th place finish at the Honda LPGA Thailand, and had finished no worse than 16th. Then came the year’s first Major, the Kraft Nabisco Championship. While the final round did not go as she might have liked, she still finished 2nd. The writing was on the wall. She led the LPGA in scoring average. She led in greens in regulation. If she could only drop in a few more putts, she could capture her first win since 2010 at the CN Canadian Women’s Open. Those putts dropped in this week, giving Wie her 3rd LPGA title and first on United States soil. If she continues to make putts going forward, we could see those many predictions of future dominance come to fruition. 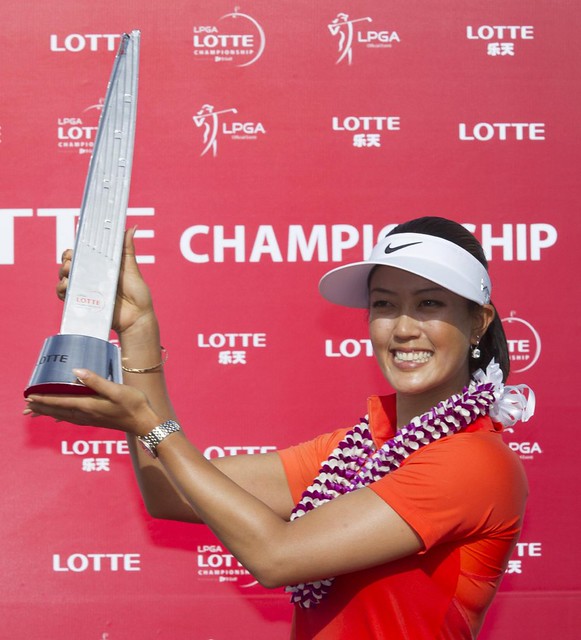