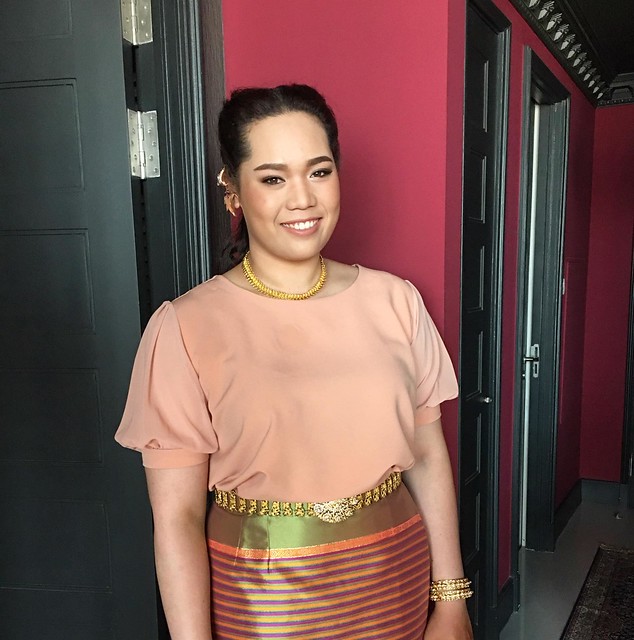 For those that follow the LPGA, Thailand’s Ariya Jutanugarn is not a new player, unknown before winning all 3 LPGA events contested in May 2016. The 20-year old emerging Thai star was famous, or perhaps infamous, for a 2013 collapse at the Honda LPGA Thailand where she failed to hold a 2-shot lead with 1 hole to play, even after hitting the fairway off the tee. Her meltdown around and on the green was a tale told many times, particularly after a few more back 9 shortfalls, including earlier this year at the 2016 ANA Inspiration when she held a 2 shot lead with 3 holes to play. Instead of capturing her first tour win, a Major at that, she bogeyed the final 3 holes to fall to fourth. Many things were said about May (Ariya’s nickname), particularly concerning her mental toughness coming down the stretch. Not many, if any, of those things were flattering. This wasn’t always the case with Jutanugarn. Coming into her LPGA career, May was a proven amateur winner. 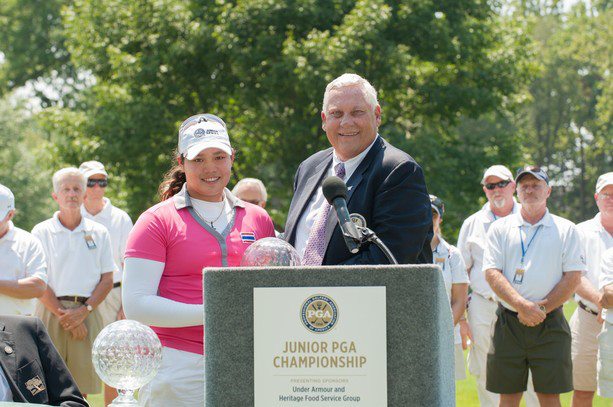 Ariya was a back to back Junior PGA Winner

Ariya’s parents are owners of a golf shop in Bangkok, Thailand. May first picked up a club at 5 years old, along with her older sister Moriya Jutanugarn. Seeing their talent and encouraged by those who saw the two sisters play, their father Somboon laid the path to develop their abilities. And oh boy did they develop, especially May. She became a terror as an amateur, winning back to back Rolex Junior Player of the Year Awards in 2011 and 2012 along with the 2012 AJGA Girl’s Player of the Year award. Her biggest wins included the 2011 US Girl’s Junior, 2012 Canadian Women’s Amateur, the 2011 & 2012 AJGA Rolex Girls Junior and the 2011 & 2012 Junior PGA Championship. Her dominating play coupled with her shining personality made her both respected and well-liked among her amateur peers, including future LPGA player Jaye Marie Green.

As a few had done successfully before her, such as Lexi Thompson, Jessica Korda, Morgan Pressel and Aree Song, Ariya Jutanugarn petitioned the LPGA to waive their Q-school age requirement. Based on her stellar junior career, not to mention the fact that she once qualified for the Honda LPGA Thailand when she was 11 and was twice the low amateur at the Kraft Nabisco Championship, there was some hope she would be granted an exemption. 16 years old at the time, she would not turn 18 by January 1st as required by the tour. Her petition was denied. Instead, her older sister Moriya would compete without May, gaining her card and eventually earning 2013 LPGA Rookie of the Year honors. May was allowed entry to the Ladies European Tour. She would take advantage of that opportunity, earning her first professional win at the 2013 Lalla Meryem Cup, coming from behind to best future star Charley Hull.

And then it all came crashing down. May was playing very well in 2013, splitting her time between being a member of the LET and gaining entry into a handful of LPGA events. Even considering the Honda LPGA Thailand episode, Jutanugarn was looking like a future champion. She played 5 LPGA tournaments in 2013 before June, finishing top 4 in all 5 of them, including the runner-up in Thailand. It appeared the LPGA had possibly made a mistake not granting May an exemption when they had granted them to others with whom May had comparable if not superior amateur accomplishments. Then perhaps her youthful immaturity struck. She and her sister have always been fun-loving, but you have to protect your most valuable asset on tour, your body. Engaging in horseplay during a practice round at the 2013 Wegmans LPGA Championship, she fell down a hill chasing her sister Moriya with a water bottle. Surgery would be necessary, derailing a promising start to her pro career. It would be six months before she could even take half-swings.

Eventually, she would return for a shot at LPGA Q-shool, where she earned her 2015 rookie membership by tying for 3rd. She was a part of what many saw as one of the best, if not the best, rookie classes in LPGA history. Competing against May for Rookie of the Year honors were LPGA Major winner (prior to her rookie year) Hyo Joo Kim, 2009 JLPGA Money List winner Sakura Yokomine, 5-time KLPGA winner Sei-Young Kim, former #1 ranked amateur Minjee Lee, 6-time KLPGA winner (at that time, she now has 8 wins) Ha-Na Jang, another former #1 ranked amateur Alison Lee and LET winner Charley Hull. Jutanugarn was up against some stiff competition.

Despite some early success, including a playoff runner-up to eventual champion and 2015 Rookie of the Year Sei-Young Kim, 2015 was not the year Ariya Jutanugarn and her supporters (like me!) hoped it would be. The nadir was a stretch of 10 straight missed cuts. Was it the after effects of the shoulder injury? Did it take away her power and confidence? Was it mental? Was she trying too hard? Whatever it was, 2016 couldn’t come quickly enough. Early on, it didn’t look as if 2016 would be much different from 2015 as May was off to a slow start. Then came the first Major of the season, the ANA Inspiration, where she held that 2 shot lead with 3 holes to play. I already mentioned what happened. No need to rehash that scenario. But while it could be seen as another collapse mentally, she has been working on her game, including her mental game, with Gary Gilchrist, known for his holistic approach to coaching. Gilchrist’s strategy for May? Smile. According to Gary, he told May that a smile relaxes the body. When she feels nervous, he instructed her to simply smile. Should be no problem. Jutanugarn is from Thailand, a country nicknamed the Land of Smiles. If you watch May’s setup routine, you will see her breathe, smile and then address her ball. It certainly appears to have helped. That proved especially true when May (the month that is) came and May (the player) was smiling all the way to the bank.

It was May Day every day for Ariya Jutanugarn, starting with the 2016 Yokohama Tire LPGA Classic, followed by the Kingsmill Championship presented by JTBC and finally the LPGA Volvik Championship. It had been 3 years since the last LPGA player, soon to be Hall of Famer Inbee Park, won 3 in row back in 2013. Never before had an LPGA player gone from zero wins to 3 wins in 3 consecutive events. Within the wins, you could see growth. At Yokohama, there were quite a few wild shots coming down the stretch, but May held on. At Kingsmill she wasn’t perfect coming home, but much steadier than Yokohama. Those were both 1 shot victories. At Volvik, she finally made it look easy (although winning an LPGA event is never easy), pulling away with back 9 birdies in the final round, turning a 1 shot razor-thin lead into a 5 shot cushion. For the first time, she could make the walk up the fairway to the green on the 72nd hole a relaxing one.

The first player representing Thailand to win an official LPGA event. The first to go from zero wins to 3 in 3 consecutive starts. From underachiever to Player of the Year candidate. A “new” star on the LPGA. All of these describe Ariya Jutanugarn. Her fellow competitors also have much to say about her.

“She made it look easy. I’m speechless. I didn’t see 5-under there when we started the day. As long as she can keep that ball in play off the tee, watch out. Keep watching out.” – Jessica Korda

“Ariya is very difficult to describe. There really hasn’t been a player like her in my generation. The way she powers the ball, it’s remarkable. And she has such imagination around the golf course and incredible touch. She’s going to have a lot of Majors under her belt.” – Christina Kim

Sure, right now everybody loves May. But golf can be a cruel mistress. Everybody has their ups and downs. As a fan, I wish for all the great things people say about her to come true. On the other hand, as a long time LPGA fan I know not to start counting Majors before a player wins #1. Not 1, not 2, not 3, not…oh wait, she still has to get 1 before talking about 2. And that’s all she is doing. She says her goal is to win a Major. Everybody else can talk about multiple Majors. I hope their projections are correct. For May, it’s one step at a time.