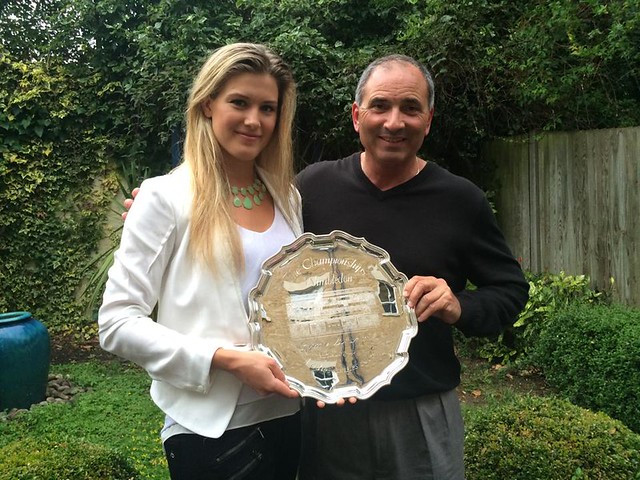 Adding a little something I’m calling Dropshots & Chip-ins. Not full posts…just a thought or two about something in the world of tennis (dropshots) or women’s golf (chip-ins). So for the first dropshot, let me say that I’m pleased to see Eugenie Bouchard return to being coached by Nick Saviano. She worked with him, beginning when she was 12 years old and had her best success under his tutelage. She had an “ad hoc” partnership with him at Charleston and will return to being coached by Saviano at Roland Garros. Best of luck to Genie and Nick. Bouchard is great for the tour. I’d love to see her return to the success she had in 2014 when she was the Wimbledon runner-up, making at least the semifinals in the first 3 Majors that season.

2 thoughts on “Dropshots: Eugenie Bouchard To Be Coached Again By Nick Saviano”