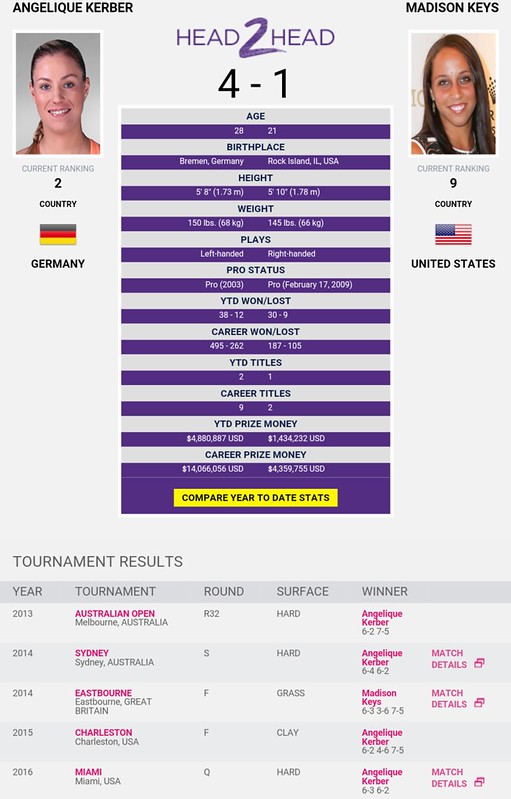 As an avid Madison Keys fan, I am beyond ecstatic that she has advanced to the women’s singles tennis semifinal round of the 2016 Rio Olympics. However, of the three other players that join her in trying to earn an Olympic medal (3 of the 4 will, 1 will not), the worst stylistic match-up for Maddie is the player she will face, Angelique Kerber. In addition to winning the Australian Open (beating Serena Williams) and finishing runner-up (losing to Serena Williams) at Wimbledon, Angie has a 4-1 head to head advantage over Keys, including never losing a set to Maddie in 3 hard court victories. The 28-year old German draws errors from power hitters like Madison by running down shots and making opponents try too hard to force the issue. Everything points to an Angelique Kerber triumph. And yet, Madison Keys is still developing as a player. Her play has matured vastly even over the last couple of months. If she can be patient and deal with Kerber making her hit extra shot after extra shot without making a lot of unforced errors, maybe this can be a transformative win for the young American rising star. 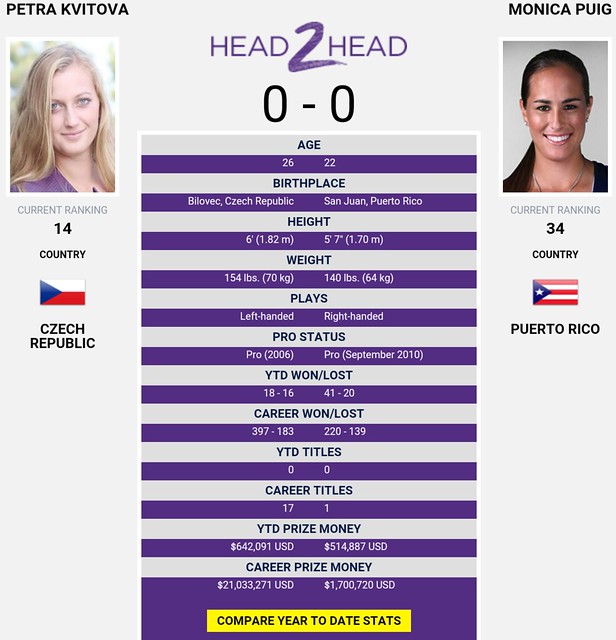 On paper, it seems 2-time Wimbledon champion and 17-time WTA singles titleist Petra Kvitova will simply be too much for unseeded Monica Puig. But don’t forget that Kvitova can be wildly inconsistent, so the fate of this match could be in which version of Petra shows up. Also, Puig is on a roll in Rio. She has not been remotely challenged in any of her matches, including lopsided wins over 3rd seed Garbine Muguruza and 14th seed Anastasia Pavlyuchenkova. Sleeping on Monica might not be the best idea. These two have never had an official WTA level match against each other, so how well Monica can deal with Petra’s lefty serve and spin remains to be seen. Every time I think Kvitova will never fulfill her vast potential, she does something to pull me back in. Lately, I’ve moved a little away from focusing on her results…which, of course, probably means she’ll easily win the Gold in Rio!